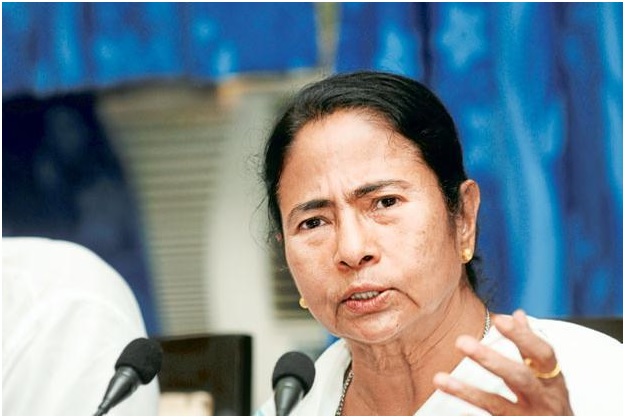 (Note:  It's a great and bold move by the Mamata Banerjee government to regulate private hospitals and nursing homes, most of whom were fleecing the hapless public through exorbitant bills. They were having a gala time with  almost all doctors, being connected with some private nursing home or hospital.  Instead of recovering, most patients went from bad to worse due to the heavy load of loaned and borrowed money to pay up the huge medical bills.  Mamata Government has been lauded by the Bangladesh Government Health Minister for her bold initiative.  Many Bangladeshis visit Kolkata for medical treatment and the Health Minister felt they will be hugely benefited.  But mere legislation will not suffice.  Its implementation in clamping down on errant private nursing homes which even refused to release the dead body of a patient till  every pie was cleared.  To hike up the medical bills, particularly for those who had Mediclaim Policies, they even put patients on artifical ventillation for at least a week, knowing fully well that the patients had passed away. Isaac Gomes, Associate Editor)

Under West Bengal Clinical Establishments (Registration, Regulation and Transparency) Bill, the state will set up a regulatory commission to oversee private healthcare facilities.

Photo: Indranil Bhoumik/Mint West Bengal Chief Minister Mamata Banerjee. The law to regulate private hospitals seeks to bring about more transparency in healthcare, but hospital owners say setting up a commission to determine charges is a retrograde step and will deter investments in private hospitals.

Kolkata: West Bengal on Friday passed a bill to regulate private hospitals in the state to the extent of determining what they could charge for clinical procedures and tests, indicating that those pursuing healthcare as a business to generate shareholder returns are unwelcome.

Under the West Bengal Clinical Establishments (Registration, Regulation and Transparency) Bill, the state will set up a regulatory commission to oversee private healthcare facilities, deciding for them what they can charge and deal with complaints from people receiving treatment.

The law seeks to bring about more transparency in healthcare, but hospital owners said setting up a commission to determine charges is a retrograde step and will deter future investments in private hospitals. The populist move will face legal challenges, they added.

“The (state) government is of the view that healthcare service is not a commercial proposition; it is a service… which should be delivered with humility and human touch,” the law proclaims as its stated objective. The law it replaces, which dates back to 2010, is not adequate, “particularly with regard to (regulating) charges and rates claimed by… clinical establishments”.

Charges levied by private hospitals should cover costs and generate only a “decent surplus”, the state government said on Friday.

“If the aim is to improve patient experience, why were government hospitals exempted,” asked the owner of a leading hospital in Kolkata, requesting anonymity. “We agree there should be a forum for patients to seek redress, but to have a regulatory commission akin to the one in the power sector is infeasible for hospitals.”

Private hospitals in West Bengal have two alternatives: to work around the new law, which will likely result in diminution in quality of service, or to challenge it legally.

“But who will bell the cat,” asked a lawyer, who advises several top hospitals in the city. “The bill seeks to impose a regime of price control, which can be challenged in court,” this person added, on condition of anonymity.

Under the new law, hospitals must “strictly follow fixed rates” for clinical investigations and facilities, and in the event of any complication requiring a change in course of treatment, hospitals will not be allowed to charge anything extra.

Curbs have been imposed on measures to realize dues from patients with the law saying that hospitals cannot delay the release of a deceased patient even if the family cannot pay up immediately. The law also says victims of accidents will have to be provided care even if he or she cannot immediately pay for it.

The law reiterates hospitals that received land from the state government will have to provide free treatment to one in five outdoor patients, and one in 10 patients admitted to the hospital, but does not clearly say how compliance is to be audited.

The 2010 law, which was repealed, also had similar provisions but it was difficult to determine if a hospital complied with them, said government officials, who spoke on condition of anonymity.

The regulatory commission, which will conduct surprise and routine checks on internal functioning of hospitals, will have the authority to attach establishments that are found to be non-compliant and force them to immediately wind down operations.

“Return of the inspector raj,” said the hospital owner cited above.

On Friday, chief minister Mamata Banerjee indicated she would soon meet heads of private educational institutions and may introduce new regulations to control them.

The process of introducing a new law for the healthcare sector was kicked off by the chief minister herself, who is also the state’s health minister, on 22 February, when she met the heads of all key private hospitals in Kolkata.

While applauding the bill for promoting transparency in private hospitals, R. Venkatesh, regional director (east) at Narayana Health, said: “We hope the views of key stakeholders are taken into account while determining…(the) charges for treatment.”