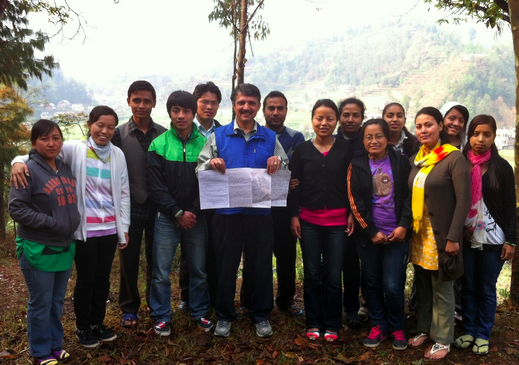 is  timely. Persecution,whether imposed or self-inflicted, should end. Peace

and humanity should prevail. Dr. Kottoor rightly lists 17 reasons as to why

CHRISTIANS should discard the “christian” shell and emerge as Jesus-like HUMANS.

The pre-1966 years did not bode evil or stalk fear for  Catholic Christians in Kanyakumari District (Tamil Nadu), although Church of South India, Salvation Army, Evangelical Church of India, Lutheran Church, London Mission and hundreds of pentecostal formations were operating in every village, hamlet and pocket of this tiny district. On Sundays especially,   when one church-goer went south, another walked towards north, and still another pedaled to northwest, all from the same cluster of families, their destination being different churches for Sunday worship.  To dampen this Sunday air of sanctity,  hindutva fundamentalists blared taped speeches and songs from northwest and southeast and northeast  temples, without  any proselytizing   purpose, but just for pin-pricking,  resentment, terror and obstruction.

Gradually we found some people, mostly church drop-outs, strutting about as members and local leaders of Keralite churches (Syro Malankara and Syro Malabar), the tail-ends of Trivandrum and Changanacherry Archdioceses.  They sported an unwarranted air of  superiority  and donned bouts of priestliness, and blabbered of  eeso instead of yesu. Even at the first sight they started narrating the tradition and culture of their churches and rites. They listed out the eminences of their prelates, while pretending ignorance about and holding contempt  for the local churches.

As the year 1966 dawned, clouds started gathering signaling the erection of two new (Syro – ) dioceses in the already diocese-infested district of Kanyakumari. Some of us (church citizens/ humans) met together, discussed and campaigned to prevent the disaster. We wrote to the Papal nuncio and other ecclesiastical heads,  regarding the possible threats the Vatican decision will entail. The strutters  shouted hurrahs and went about plastering street-walls with posters thanking Pope and Archbishops for announcing new dioceses. They projected through posters a list of hither-to faceless people with their photos, hailing them as real usherers  of a new dawn.   These ‘poster boys’ later became the ‘owners’ of the respective dioceses, creating nuisance and uttering nonsense.

When we found that the nomination of bishops was imminent, we  submitted some proposals to Papal Nuncio and other ecclesiastical authorities. Two important proposals are: one, since the civil district of Kanyakumari is co-terminus with all the three Catholic dioceses in the district (one Latin, and two Syro’s), there shall be only one Catholic Bishops  house, the one inhabited by the Latin Bishop. The would-be Syro-Malabar and Syro-Malankara bishops shall have their residence in the Latin Bishop’s House, which will be converted into the Catholic Bishops’ House in Kanyakumari District.  The joint dwelling  of the three bishops belonging to three rites will send a bold message of unity and catholicity to the people of the entire district. Since the Latin Bishop is senior, he will be named Senior Bishop.  All the three will jointly discuss church-growth in the district, while specially attending to the needs of faithfuls belonging to their respective rites. In times of emergency, the three bishops can attend to the needs of faithfuls across the rites as well. Even sacraments will be jointly administered, during church festivals and solemn days.  These activities will be closely co-ordinated  by the three bishops jointly. This family spirit of the bishops will get dispersed throughout the district, throughout the parishes here. The togetherness of bishops will further energize ecumenical relations and carry political weight as well. When the Senior bishop dies or resigns, the next senior among the two bishops will succeed him as senior bishop and a new bishop will be named by Pope to join the team to represent the rite of demised bishop. Hence there will not be any fight for power.

Our second proposal was: if at all  Vatican was bent on creating two separate dioceses with two separate nomenclatures, the two new Bishop Houses should not be along the National Highway (as in the case of Neyyatinkara Bishop), but they should be situated in interior areas of the district – one at Alancholai a tribal belt, and the other at Veli Malai, the Western Ghats. The presence of a Bishop’s House in these ‘forsaken’ areas will fetch a Seminary, Pastoral Centre, convents, etc. along with communication/transportation possibilities. A Bishop’s House in a deserted area would ensure boons and  blooms!

But, unfortunately, Roma locuta est, causa finita est!    Rome (Vatican) decided otherwise. Fr. John Kalloor was lifted up from his comfort zone in the US and brought down to the prickly terrain of caste-moored Syro-Malankara Diocese of Marthandam. He was later consecrated as Bishop Yoohanon Mar Chrysostom and took residence at Vettumoni adjoining National Highway.   Fr. George Alancherry was brought from Changanacherry Archdiocese, the diocese he nourished,  to a vague territory smugly  woven into Syro-Malabar Diocese of Thuckalay. Both Bishops did well in their capacities through their affability and life of prayer. Both of them could not be retained here since they scaled higher in hierarchical ladder, the latter even rising to be a synodal head and Cardinal.

But their successors in both dioceses are locals and do not command much local respect. Hence the dioceses have to be run mostly by flaunting glossy institutions and  by poaching faithfuls from the (nearby)  bed-fellow  dioceses and churches.  Poaching is direly needed to show off numbers and to boost power, but not for faith-vitality.  The district is already fraught with false teachings of dubious pentacostalists about Christian doctrine. The triangular teachings of Catholic Faith by three Catholic Dioceses, especially on Sacraments, generate more doubts than clarity among faithfuls. Money collections and fund-raisings unleashed by parishes further push faithfuls to the embrace of pentacostlists, who make people detrimentally superstitious and self-righteous  on very nominal charges.

A new trend in this district is growing. If you ask a person “What is your faith?”, the reply mostly is: “I am a human”.  People are fed up with number of churches, faith-groups and  fundamentalists. The best way to respond to a faith-query today is plainspeak.

In this context, we can also think: ‘Why can’t our parishes and churches of various rites and denominations be just CHURCH OF HUMANS where any Christian can go and participate in prayers and liturgical services? Let dioceses of different hues be there, let such parishes or churches also be there collecting various amount of money and lending attractive services . Let the membership be open to all in such a way that any Christian can plainly say:  I am (Jesus-like) HUMAN (instead of ‘I am a Latin’ or ‘I am a Syro-Malabaar’ or ‘I am a Syro-Malankara’, etc.).     This trend will pave way for a CHURCH OF HUMANS, where tithes need not be imposed and extracted. Also human corpses need not be kept waiting for burial for want of payment arrears to respective parishes. Human considerations (not Diocesan power and wealth) will permeate everywhere!

The 17 schedules of Human Relations, listed by Dr. James Kottoor,  will be the Code of Conduct for the new Church of Humans. WELCOME, CHURCH OF HUMANS!