War always in the land of the Prince of Peace! Israel’s Gaza war ends, but will peace endure? 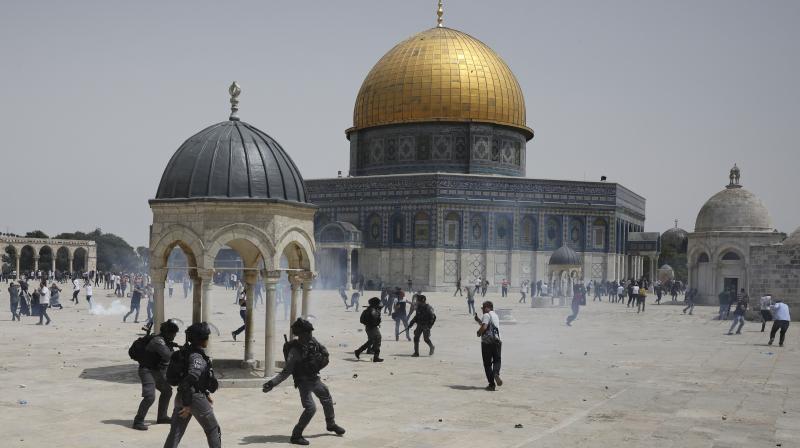 Cover photo:  Palestinians run from sound grenades thrown by Israeli police in front of the Dome of the Rock in the al-Aqsa mosque complex in Jerusalem, Friday, May 21, 202, as a cease-fire took effect between Hamas and Israel after a 11-day war. (AP/Mahmoud Illean)

How do you feel if and when you are made homeless in your own land, not for days and months but for years and generations, and your neighbours, nay the international community, just looks on and does nothing?   That is what the poor Palestinians are facing all too long and even today.

The Palestinians were displaced from their homeland to give shelter to Jews persecuted all over in Europe, especially in Germany’s concentration camps. No one is belittling the unthinkable sufferings, the horror Jews as a nation went through! Only it should not have been done at the cost of making a whole people homeless, stateless for generations!

From the very beginning the whole world knew – all international community know it even now —  that the sole solution, the ultimate solution lies in the two-State principle (one for Palastine and one for Jews) granting recognition to a homeland for the Palestinian people. It should have been given at the same time when a Jewish state was created.

What is most ludicrous is the religious aspect of it! In the land of the so-called prince of peace —  “Glory to God in the highest and peace to men of good will!” it was announced — there was nothing but WAR from the moment of his (Jesus) birth, nay even because of his announced birth!

For those who believe only in TRUTH (facts are sacred, opinions are free), REASON & LOGIC, this story of ABHRAHAMIC RELIGIONS (Judaism, Islam & Christianity), yes the story of organized religions, Biblical included, are products of overheated brain producing fanciful dreams. As a result some call the bible a tissue of lies, not withstanding many thoughtful instructions it contains.

The Israel-Palastine conflict is too long a story to narrate, and now that Israel has become  figuratively “the 51st Nuclear state of US” this writer does not see any amicable solution in any foreseeable solution.

According to reports, every year the US gives Israel almost $4 billion in aid with no strings attached, despite the illegal settlements in the West Bank, the inhuman blockade of Gaza, and the ongoing expulsion of Palestinians from East Jerusalem.

For me what is happening at the Gaza conflict it is a shame and insult to the civilizational quality of the 21st century! We just have to live and suffer with it.  james kottoor (Chicago) editor Church Citizens Voice.

Please read below the Asian

A ceasefire has brought to a halt the 11-day Gaza war.  Only time will tell if this is a true harbinger of peace between Israel and the Palestinians of Gaza and the West Bank. The fear is this will be as short-lived as several peace initiatives brokered in the past proved. The ceasefire, pursued vigorously by Egypt on top of US President Joe Biden’s increasingly stern advice to Israel PM Benjamin Netanyahu, is the best thing to happen as it puts an immediate stop to the toll of lives. As many as 230 Palestinians, including 65 children and 35 women and 12 Israelis, including two children, have perished after lives of millions were torn asunder when thousands of rockets and GPS-guided missiles and bombs were raining on the region.

The question is, when will the next escalation come as victory is already being declared by the Hamas militants over a more powerful Jewish state even as Palestinians and Israelis cautiously welcome the cessation of hostilities?  A cycle of violence followed by temporary truce has been the historical pattern and it will change only if Mr Biden becomes even less supportive of Israel, which is largely dependent on US funding and protection, besides an endless supply of precision-guided weapons.  The US has said it will route humanitarian aid to rebuild Gaza only through the recognised Palestinian Authority, headed by Mahmoud Abbas in the West Bank and not the shadowy Hamas commanders. 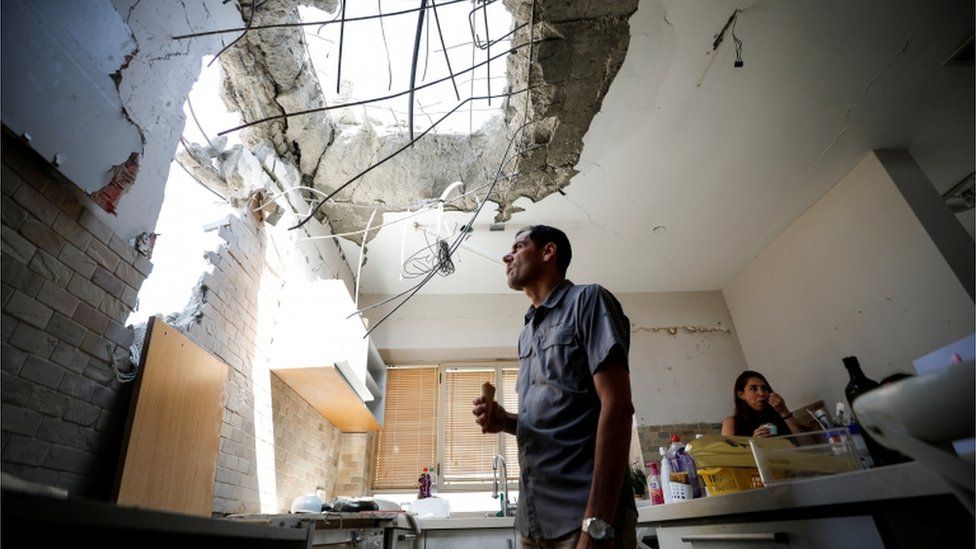 Not too much credence can be given to the Palestinian militants’ claim that Mr Netanyahu has promised to halt further action at the Al Aqsa Mosque as well as planned evictions from Sheikh Jarrah in east Jerusalem. The two flashpoints marked the run up to the most recent war though its direct cause may have been the invasive action of the firing of 4,000-plus rockets into Israel from Gaza. Whatever be the historical background to intractable confrontations, the fact remains that Hamas was the aggressor in raining fire though Israel reacted excessively in bombing Gaza in its hunt for militant targets, especially the network of tunnels, nicknamed “The Metro”.

The ultimate solution lies in the two-State principle granting recognition to a homeland for the Palestinian people, millions of whom were displaced during the creation of Israel in 1948 and after the 1967 war. The timing may seem awkward right now when war wounds are still being tended but international diplomacy would have to get cracking for any progress to be made in initiating talks on the right of the Palestinians to a homeland in the West Bank and the Gaza Strip. It stands to reason that the economic blockade of Gaza must end in any fair solution and the return of the displaced to Jerusalem and other Palestinian territories must be considered though it is hugely complicated.

There is no pretending that the Hamas, voted to power in Gaza in 2006 over the moderate Fatah, are not an impediment to peace in their fanatical belief in “intifada”. What happens from here would, however, be subject to how much the US is prepared to back any plan in which the state of Israel, whose right to existence is not in question anymore, may have to compromise in recognising a Palestinian homeland and if it seeks to live in peace.