WANTED: A SWACHH MISSION FOR BANKS TO STOP NiMoS

Is it a warning signal for public sector banks which have branches all over India, particularly the rural belt, where private sector banks are allergic to go?  Isaac Gomes, Asso. Editor, Church Citizens' Voice.

At the time of writing this, every Indian with WhatsApp has received at least half-a-dozen Nirav Modi/PNB jokes.  One wouldn’t have thought a banking scam involving technical terms like LoUs would capture the popular imagination.  However, Nirav Modi is no ordinary scamster.  First, his business – jewellery – is relatively simple and connects with all Indians.  Second, his advertising involved top Bollywood stars. This ensured that a lot of people had heard of him, even if they couldn’t afford his thirty-lakh-rupee bracelets.  Third, unfortunately for the PM, his last name is Modi. Nirav and his uncle Mehul Choksi seemed to represent the Gurajart mafia that seems to have a grip on this government, getting away with whatever they want.  The group picture with the PM at Davos cemented this perception.  All this was enough to set the country’s imagination on fire. PNB, the guys who actually issued the guarantee, came across as both clueless and corrupt.  They also fit right into the public sector bank (PSB) stereotype – give horrible service to the average customer but help the big industrialist loot.

Having worked in banks for over a decade (including the infamous distress-debt-group where Nirav Modi type loans often land up), I can tell you this: it is not going to be easy to prove wrongdoing on Nirav Modi’s part.  He (or his lawyers)  would simply argue: “Okay guys,  that stupid bank gave me an LoU or guarantee letter without any security or collateral.  I took it. So what? If someone gives you a sweet deal, why won’t you take it?  I used that guarantee to raise a lot of money, open stores in my name and tried to sell bracelets that cost more than an apartment.  People didn’t buy them. I screwed up.  I suck as a businessman.  Sorry.   Dar PNB, I took a guarantee from you (and paid you a fee for it).  Please repay my creditors.  I am bankrupt, a fool in business but I am not a criminal.  Let me have my coffee and bagel in peace.”

It is going to be extremely difficult to prove Nirav actually committed fraud in connivance with bank officials and/or politicians to get a guarantee without security.  This is unlike Vijay Mallya’s case.  He issued personal guarantees, so the banks can now go after him.  Nirav simply obtained a guarantee from  PNB, and was not asked for any security.  The PNB now has to pay his creditors.  Fraud will have to be proved, and  we all know how  that goes in India.

The point is, this isn’t just about Nirav Modi or PNB or even the BJP or Congress. The problem is systemic and all-pervasive. Also once the money is paid out without due diligence and repaid, it is near impossible to prove it was fraud and not a genuine business gone bad. Hence, all our PNBs (there are 21 of them) are leaky faucets that are draining money into the gutter. 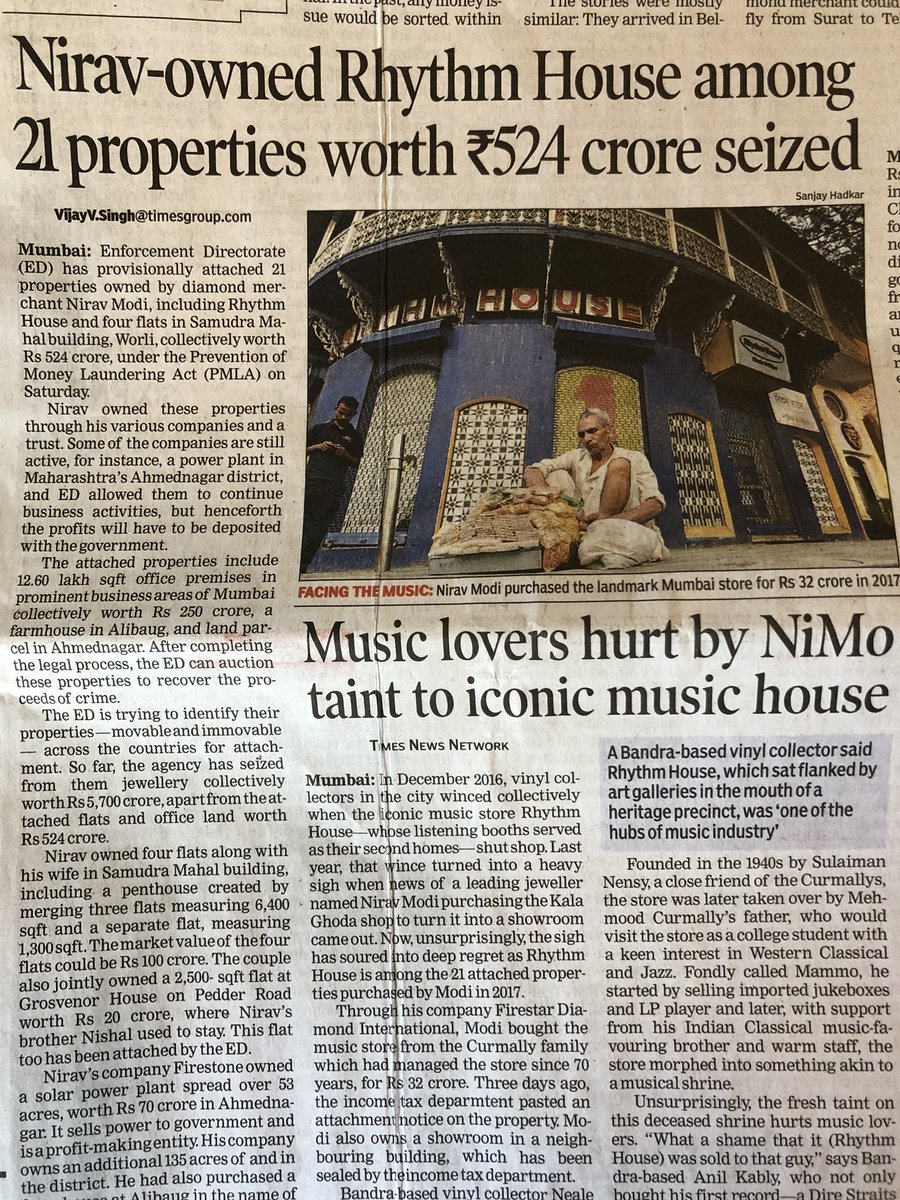 There are two ways you put money in them.  One, the government puts in capital by charging citizens more taxes.  Two, citizens deposit their own money.  Then, it is the PNB guys who decided what they do with that money and who they lend it to.  Some of the lending is legitimate.  However, there are enough loopholes in reporting processes to game the system.  For instance, nobody detected that the guarantees to Nirav Modi had no security collateral against them.  Add a few corrupt employees to the mix, the politicians who actually control these banks and a greedy promoter – it really isn’t that difficult to hatch a plan.  Little wonder that non-performing loans  of public sector banks are three times higher than those of private sector banks, and run into lakhs of crores. You can imagine the wild party in progress inside those dusty  PSB branches.

The solution is not just to chase Nirav Modi.  These banks need to gixed on an urgent basis.  We don’t need 21 public sector banks.  The more the number of banks, the more is the likelihood of wrongdoing. We need no more than three to five  public sector banks.  The rest should be merged with one another; sold or even closed down.  The banks should also have world-class systems to detect any risks the bank has taken (including issuing security-less guarantees). Dozens of reports exist on how to fix our PSBs, what is needed is some will and guts to do it.  Till then, we taxpayers will continue to bleed money.  Worse, the capital than can be used to grow the economy and fund legitimate businesses, will go to fund shady promoters.

India’s public sector banks are choking our economy, wasting your money and aiding corruption.  We need an urgent ‘Swachh Bank’ mission to clean up the sector.  This isn’t just about a billionaire, it is about a billion people.