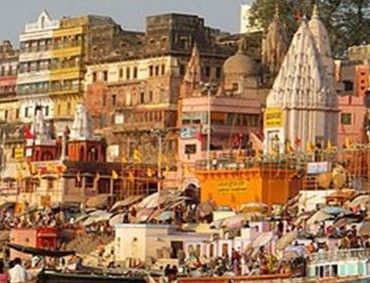 Vatican City (Matters India)– Officials of the Vatican’s Pontifical Council for Inter-religious Dialogue are in India participating in ‎initiatives organized in cooperation with the Catholic Bishops’ Conference of India (CBCI).

The first of these meetings ‎concluded on Friday in the eastern city of Bodh Gaya, where Buddha gained enlightenment over ‎‎2,500 year ago. The Feb. 12-13 conference, the 5th such meeting between Christians and Buddhists, ‎discussed the theme, ‎“Buddhists and Christians Together Fostering Fraternity.”

The next event is scheduled Feb. 14-17 in Varanasi, sacred to Hindus, where the Vatican ‎officials will meet their Hindu, Muslim, Buddhist, Sikh and Jain counterparts, on the theme, ‎‎“Celebrating ‎Diversity of Religions to Foster a World of Peace and Love”.‎ The event is to ‎commemorate the 50th anniversary of the promulgation of “Nostra Aetate”, the Second Vatican ‎Council’s declaration on the Catholic Church’s relations with Non-Christian Religions. ‎

On Sunday an inter-faith prayer meeting is scheduled at St. Mary’s Cathedral Campus in Varanasi, ‎organized by the Pontifical Council, the CBCI and the Diocese of Varanasi. ‎