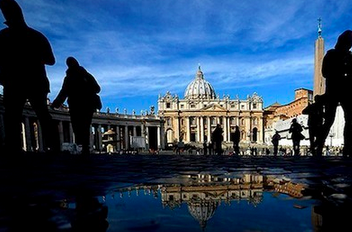 Archbishop Vincenzo Paglia under investigation in Italy on suspicion of embezzlement, price fixing.

Archbishop Vincenzo Paglia, a Vatican official, is under investigation by Italian prosecutors on suspicion of embezzlement and price fixing during the sale of an historic castle, according to media reports Wednesday.

The sale of the San Girolamo castle in central Italy has already led to the arrest of two employees of the diocese of Terni where Paglia, who is president of the Holy See's council for family matters, was bishop.

Now prosecutors are probing Paglia on allegations of criminal conspiracy and fraud in relation to the sale of the castle four years ago to real estate company IMI immobiliare, which was headed by one of the arrested diocese employees.

Diocese funds were allegedly used illegally and money was found to be missing from diocese funds.

According to Italian newspaper Corriere della Sera, which cited the prosecutor for the city of Terni in central Italy, Paglia is alleged to be one of the instigators of the fraud.

Those under investigation have 20 days to hand over files explaining their defense.

While the San Girolamo castle in the Narni area of central Italy is considered to be of great artistic and cultural value it is now believed to be left abandoned.

At the same time, the Terni diocese is one of the most indebted in Europe, with a deficit of some 25 million euros (about US$27 million).

Paglia, 70, was the diocese bishop from 2000-2012 before Pope Benedict named him to the Pontifical Council for the Family, which promotes and protects family interests in the church.

He is also one of the most prominent Vatican officials who is a member of the Sant'Egidio Community, influential in Italy for its commitment to working with the poor and immigrants.

Pope Francis has issued strong statements against corruption, including during a visit in March to mafia territory in Naples.

"Corruption stinks, corrupt society stinks," he told residents, adding that "we all have the potential to be corrupt and to slip into criminality".