US Income Inequality : To reverse inequality, we need to expose the myth of the ‘free market 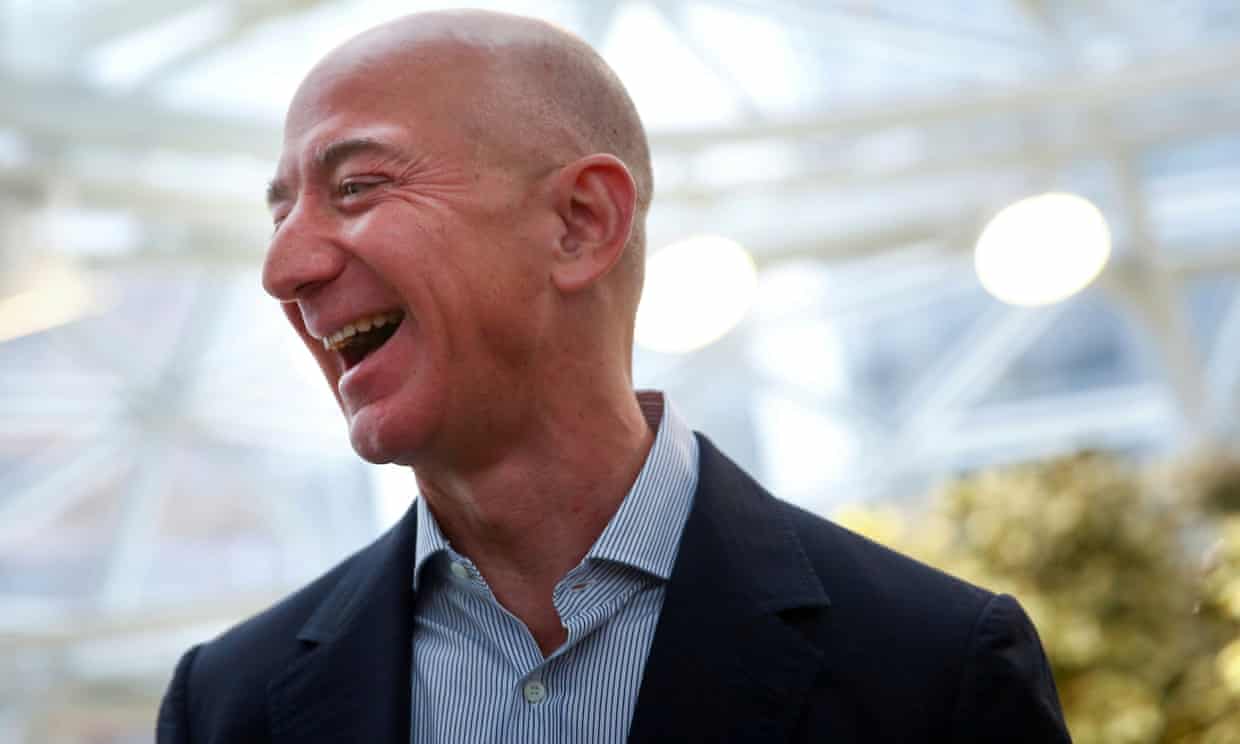 Cover photo: The Amazon founder and CEO, Jeff Bezos, the world’s richest person. The wealth of the world’s billionaires has risen by more then $10t since the start of the pandemic. Photograph: Lindsey Wasson/Reuters

We need an informed public that sees through the poisonous myth billionaires want us to believe: that income is a measure of your market worth.

How have a relative handful of billionaires – whose vast fortunes have soared even during the pandemic – convinced the vast majority of the public that their wealth shouldn’t be taxed in order to support the common good?

They have employed one of the oldest methods used by the wealthy to maintain wealth and power – a belief system that portrays wealth and power in the hands of a few as natural and inevitable.

Centuries ago it was the so-called “divine right of kings”. King James I of England and France’s Louis XIV, among other monarchs, asserted that kings received their authority from God and were therefore not accountable to their earthly subjects. The doctrine ended with England’s Glorious Revolution of the 17th century and the American and French revolutions of the 18th.

Its modern equivalent might be termed “market fundamentalism”, a creed that has been promoted by today’s super rich with no less zeal than the old aristocracy advanced divine right. It holds that what you’re paid is simply a measure of what you’re worth in the market.

If you amass a billion dollars you must deserve it because the market has awarded you that much. If you barely scrape by you have only yourself to blame. If millions of people are unemployed or their paychecks are shrinking or they have to work two or three jobs and have no idea what they’ll be earning next month or even next week, that’s unfortunate but it’s the outcome of market forces.

Few ideas have more profoundly poisoned the minds of more people than the notion of a “free market” existing somewhere in the universe, into which government “intrudes”. According to this view, whatever we might do to reduce inequality or economic insecurity – to make the economy work for most of us – runs the risk of distorting the market and causing it to be less efficient, or of unintended consequences that may end up harming us. The “free market” is to be preferred over “government”.

This prevailing view is utterly false. There can be no “free market” without government. A market – any market – requires government to make and enforce the rules of the game. In most modern democracies, such rules emanate from legislatures, administrative agencies and courts. Government doesn’t “intrude” on the “free market”. It creates and maintains the market.

Market rules are neither neutral nor universal. They partly mirror a society’s evolving norms and values. But they also reflect who in society has the most power to make or influence the underlying market rules.

The interminable debate over whether the “free market” is better than “government” makes it impossible for us to examine who exercises this power, how they benefit from doing so and whether such rules need to be altered so that more people benefit from them. The myth of market fundamentalism is therefore highly useful to those who do not wish such an examination to be undertaken.

It’s no accident that those with disproportionate influence over the rules of the market – who are the largest beneficiaries of how the rules have been designed and adapted – are also among the most vehement supporters of the “free market”, and the most ardent advocates of the relative superiority of the market over government.

The debate over market v government serves to distract the public from the underlying realities of how the rules are generated and changed, from the power of the moneyed interests over this process, and the extent to which they gain from the results. In other words, not only do these “free market” advocates want the public to agree with them about the superiority of the market, but also about the central importance of the interminable and distracting debate over whether the market or the government should prevail.

This is why it’s so important to expose the underlying structure of the so-called “free market” and show how and where power is exercised over it.

It’s why I write a weekly column for the Guardian – one of the few publications in the world committed to revealing the truth about the economy and exposing the myths that distract the public’s attention from what is really going on. The Guardian can do this because it’s not financed by commercial sponsors or any party with a financial or other interest in what it reports but exists solely to serve the public.

Inequalities of income, wealth and political power continue to widen across all advanced economies. This doesn’t have to be the case. But to reverse them, we need an informed public capable of seeing through the mythologies that protect and preserve today’s super-rich no less than did the Divine Right of Kings centuries ago.