US financiers respond to Vatican criticism

Here is a report in La Croix International on economic affairs, more specifically Credit Default Swaps (CDS).  I think we can look up to Sri Varghese Pamplanil who having retired as DGM from the Reserve Bank of India is in a position of authority to explain the nuances to the lay person. Explanation on this will also be welcome from our knowledgeable readers.  Isaac Gomes, Asso. Editor, Church Citizens' Voice.

What does the Vatican's text say?

In May, the Congregation for the Doctrine of the Faith and the Dicastery for Promoting Integral Human Development (created by Pope Francis) co-signed and published the text entitled "Oeconomicae et pecuniariae quaestiones: Considerations for an Ethical Discernment Regarding Some Aspects of the Present Economic-Financial System."

This document critically examines the functioning and instruments of the financial system.

In the document, divided into four sections, the authors criticize derivatives in particular and, more especially, credit default swaps (CDS) as "they can cause enormous damage to entire countries and to millions of families.” 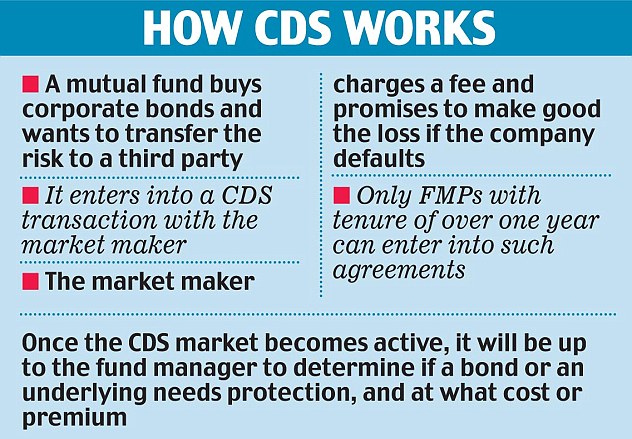 What are CDS, which have been denounced by the Vatican?

CDS are derivative products that act as insurance contracts for the risk of bankruptcy of an enterprise or a country, and for non-repayment of debt.

In their letter published on July 23, the Commodity Futures Trading Commission, a derivatives-specific regulatory agency, reacted to the Vatican's criticisms.

"We feel obligated to respond and defend derivatives and, in particular, credit default swaps," wrote the agency's two directors.

In their letter, Christopher Giancarlo, who says he is a "practicing Catholic," and Bruce Tuckman defended the "social usefulness" of these products.

They allow, for example, a farmer to fix in advance the price for which he will sell his maize after the harvest, or an aircraft company to spread the cost of fuel over several years.

Giancarlo and Tuckman insist that there is no question of speculative activity but rather a service rendered to the real economy.

Has the management of CDS been adequate?

"CDS do function as an insurance policy," said Gunther Capelle-Blancard, a finance expert at the Paris 1 University. "But in the case of insurance, the risk becomes mutual and is paid for by the contributions of all those insured when it eventuates.”

When there are problems, the losses to be indemnified are therefore limited.

As far as the CDS before 2008 are concerned, the problem arose from the fact that everyone could buy them, including for the purpose of protection from a risk that had not been taken.

This situation caused people to speculate on the eventuality of a disaster in order to collect the premium. In other words, it was as if you could buy fire insurance for your neighbor's house, hoping that it would catch fire — even setting fire to it yourself.

"The spread of this kind of contract without proper limits has encouraged the growth of a finance of chance, and of gambling on the failure of others, which is unacceptable from the ethical point of view," the Vatican emphasizes.

Notably, this is what happened in Greece. At the height of the crisis, speculators began to buy CDS, gambling on the bankruptcy of the country to collect the premium. This speculation contributed to the skyrocketing of income taxes demanded by the Greek government, thus worsening its economic situation.

Following this crisis, a regulation was put in place, "which prohibited the 'bare' sale of CDS — that is, the sale of CDS without concrete motives," said Capelle-Blancard.

He said this prohibition "does not apply to big banks that continue to issue and exchange CDS without any control.”

He warned that the risk, therefore, "has not completely disappeared, given the size and power of these banks.”