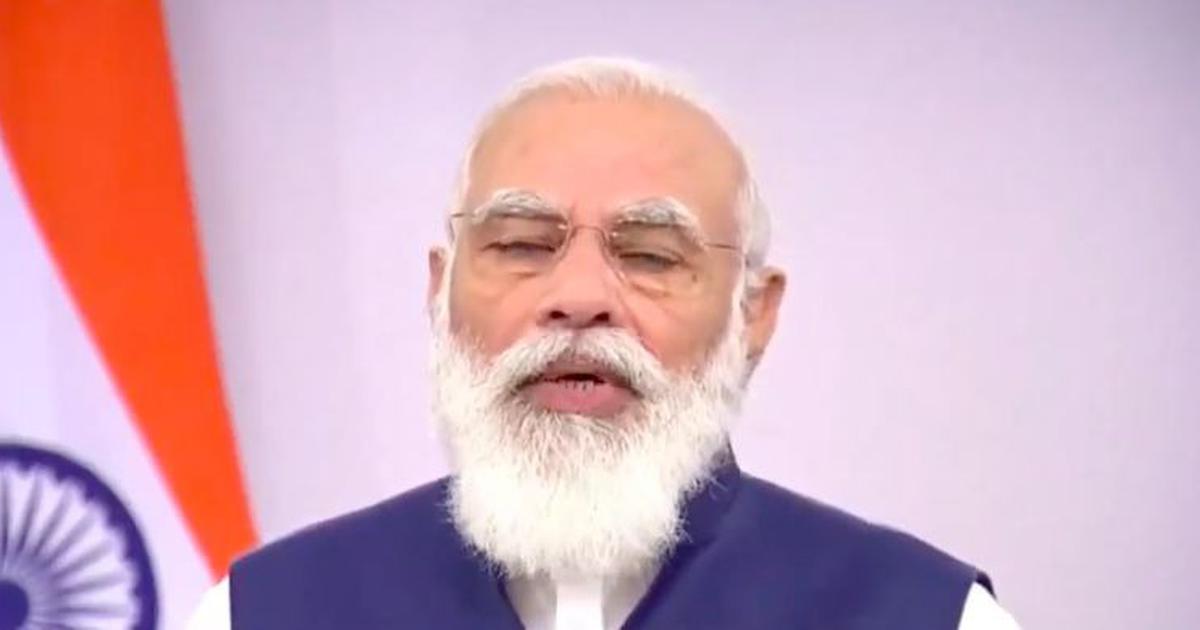 As largest vaccine producer, India will help world fight virus, says PM Modi promised. The prime minister also asked where the United Nations was in the joint fight against the coronavirus pandemic.

Prime Minister Modi really did some PLAIN SEAKING TO UN, for which he has to be CONGRATULATED! It is very, very important that we recall to mind some of the harsh, unpleasant and undemocratic practices still perpetuated in this World’s top, august body called the UNITED NATIONS! The fundamental question is:  Is it United or divided?

The UN world body was created in 1945 to unite the nations of the world in today’s globalized world where we have to hang together or hang separately; Inter-dependence and cooperation rather than Independence as nation states., is key to the smooth working of the world body!

India being the largest democracy in the world richly deserves a place among the five Pemanent members. But it is kept out of it solely due the ‘veto’ vote of China which is inimical to India from the start to this day, although all other countries support India’s claim. Each permanent member has a ‘Veto’ vote with which it can block a joint decision of the FIVE. China always wields it against India!

That is the China-India Bhai-Bhai relations! What else shall we call China, except a ‘ROGUE-NATION?’ Where is Democracy, brotherhood and world fellowship in today’s world? Is it ever achievable?

Power, domination, even territorial conquest, even in this day and age drive nations of the world, especially the so-called rich nations. What we have today is a balance of TERROR with military or economic might! War, domination, conquest, territorial expansion and greed can never bring PEACE into this world!

On the global level, Indian goal, unlike the US is to make America First, but to make out “Neighbourhood First”, “Act East”, and “Security and Growth for All in the Region” to make the circle of peace and harmony embrace the whole world. It is here India has been doing unparalleled service to the UN by sending its troops, not to fight, but to douse the fire of conflict devouring innocents near or far.

India's goal is to spread PEACE! It is not to pat ourselves to flaunt “We are better than thou!”, but to lead by example, to spread peace, not war, “thou shalt not kil!”. This alone is the  first duty of the UN. There is much more to write about it. Search the website to learn more and act to make ours a better world to live in!

The final goal of the UN is to become a World Government, to make each nation state a member of a family of nations where each is driven by “love and care,” because there is enough and more here for every one’s NEED, not GREED! Strive we all MUST to reach that ideal! james kottoor, editor ccv.

Prime Minister Narendra Modi on Saturday asked where the United Nations was in the joint fight against the coronavirus pandemic. He was addressing the United Nations General Assembly, which is being held virtually for the first time, on its 75th anniversary.

“Over the last eight to nine months, the whole world has been battling the pandemic of the coronavirus,” Modi said. “Where is the United Nations in this joint fight against the pandemic? Where is its effective response?”

Modi also assured the United Nations that India would help the world with a vaccine against the coronavirus. “As the largest vaccine producing country of the world, I want to give one more assurance to the global community today,” he said. “India’s vaccine production and delivery capacity will be used to help all humanity in fighting this crisis.”

Modi said that India’s pharmaceutical industry has sent medicines to more than 150 countries during the pandemic.

Globally, the coronavirus has infected more than 3.24 crore people and killed 9,87,679, according to Johns Hopkins University. The number of worldwide recoveries is more than 2.23 crore. India’s coronavirus count rose to 59,03,932 on Saturday, while the toll touched 93,379.

Modi also made a pitch for a stronger role for India in the UN Security Council. “When we were weak, we didn’t trouble the world,” he said. “When we became strong, we didn’t become a bojh [burden] on the world. Till when do we have to wait? India has sent soldiers to UN peacekeeping missions and has lost the most number of soldiers.” the Prime Minister said in powerful opening remarks.

Modi said that Indians believed in the UN’s ideals but added that the organisation needed to adapt and change to stay relevant. “Reform is needed at the United Nations and India is waiting for that reform to happen.” The prime minister wondered whether the reform process of the United Nations will ever reach its logical conclusion. He asked how long would India continue to be left out of the decision-making structures of the United Nations.

“Starting from January next year, India will also fulfil its responsibility as a non-permanent member of the Security Council,” he added. “India will always speak in support of peace, security and prosperity.”

The United Nations Security Council is the UN’s highest-decision making body. It has five permanent members, the US, the UK, China, Russia and France, which have veto powers.

Modi called terrorism, smuggling of illegal weapons, drugs and money-laundering the “enemies of humanity”. He said India will not hesitate to speak on the global stage against these evils.

“Large scale efforts are being made in India to promote women entrepreneurship and leadership,” Modi said. “Indian women, today, are biggest beneficiaries of world’s largest micro financing scheme. India is one of those countries where women are provided paid maternity leave of 26 weeks.” He said the rights of transgender persons were also being secured through legal reforms.

“In the changed circumstances of the post-pandemic era, we are moving forward with the vision of ‘Aatmanirbhar Bharat’,” the prime minister said. “A self-reliant India will also be a force multiplier for the global economy.”

On Friday, Pakistan Prime Minister Imran Khan, in his speech to the UN General Assembly, accused India of trying to cement control in Kashmir, and called the Narendra Modi-led government a sponsor of hatred and prejudice against Islam.

Khan added that there could be no durable peace and stability in South Asia until the Kashmir dispute was resolved on the basis of international legitimacy. “Pakistan has always called for a peaceful solution,” he added. “To this end, India must rescind the measures it has instituted since August 5 in 2019, end its military siege and other gross human rights violations in Jammu and Kashmir.”

Following this, First Secretary in India’s Permanent Mission to the UN Mijito Vinito walked out of the General Assembly hall in protest.