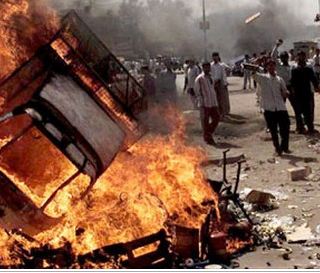 Eight U.S. Senators and 26 members of the U.S. House of Representatives have raised “grave concerns about the increasing intolerance and violence experienced by members of…religious minority communities,” in a letter to Prime Minister Narendra Modi, citing threats to Christians in Chhattisgarh and vigilantism over beef that has led to the murder of four Muslims.

Applauding India’s commitment to pluralism and tolerance, and reminding the PM that he had promised to ensure complete religious freedom in the country, the lawmakers urged him to “turn these words into action by publicly condemning” such violence.

“Of particular concern is the treatment of India’s Christian, Muslim and Sikh communities,” the lawmakers –several of them consistently pro-India — have written to the PM. “Our strong support of this partnership encourages us to relay our grave concerns.” The lawmakers said they were also concerned about the lack of recognition of Sikhism as a distinct religion.

The Modi’s government’s drive against civil society organisations receiving foreign donations in India has been an irritant in bilateral relations for sometime now. The lawmakers’ letter on religious violence, specifically naming Vishva Hindu Parishad and Bajrang Dal that share the Rashtriya Swayamsewak Sangh (RSS) ideological universe with Mr. Modi, could be potentially embarrassing for the PM. Mr. Modi will be in the U.S. on March 31 and April 1, to attend the nuclear security summit being convened by President Barack Obama. The letter also comes against the backdrop of the Centre’s unprecedented steamrolling of political dissent in the country, which is increasingly a talking point in the U.S. capital, The Hindu reported.

“On June 17th, 2014, more than 50 village councils in the Bastar district of Chhattisgarh adopted a resolution banning all “non-Hindu religious propaganda, prayers, and speeches” in their communities. The Christian minority community has been dramatically affected: the ban effectively has criminalised the practice of Christianity for an estimated 300 Christian families in the region one day after a mob, which included members of the Vishva Hindu Parishad and Bajrang Dal, seriously injured six Christians in the village of Sirciguda. Since the ban was implemented, Christians in the Bastar District reportedly have been subjected to physical assaults, denial of government services, extortion, threats of forced expulsion, denial of access to food and water, and pressure to convert to Hinduism,” the letter said.

“We also are concerned that the nearly country-wide beef ban is increasing tensions and encouraging vigilante violence against the Indian Muslim community. On Monday, November 2nd, a Hindu mob killed Mohammed Hasmat Ali, a married father of three, in Manipur, India, after he was accused of stealing a cow. Mr. Ali reportedly is the fourth Muslim murdered in just six weeks by Hindu mobs angered over allegations of cows being slaughtered or stolen. We understand that the September 28th murder of 52-year-old Mohammed Saif in Uttar Pradesh sparked a national outcry over rising intolerance toward religious minorities which culminated in hundreds of prominent academics, business leaders, and authors protesting.”

“We want to raise additional concerns about the lack of recognition of Sikhism as a distinct religion, which prevents members of the community from accessing social services and employment and educational preferences available to other religious communities. Sikh community members reportedly are harassed and pressured to reject religious practices and beliefs distinct to Sikhism. On October 14, security forces killed two Sikhs and injured scores of others in Punjab who were protesting peacefully against the desecration of Sri Guru Granth Sahib, Sikhism’s holy book,” the lawmakers wrote.

“Mr. Prime Minister, we applaud India as a pluralistic society with a long-standing commitment to inclusion and tolerance. We also applaud your statements about religious freedom and communal harmony, including your promise in February 2014 that your government would “ensure that there is complete freedom of faith…and not allow any religious group, belonging to the majority or the minority, to incite hatred against others.” We urge you to turn these words into action by publicly condemning the ban on non-Hindu faiths in the Bastar District of Chhattisgarh, and the violent assaults and other forms of harassment against religious minorities throughout India. We also urge you to take steps to control the activities of groups, such as the Rashtriya Swayamsevak Sangh (RSS), and instruct Indian security forces to enforce the rule of law and protect religious minority communities from religiously-motivated harassment and violence.

Such steps would demonstrate your government’s commitment to fostering a stable and inclusive society and respecting international obligations on the rights of religious minorities, including religious freedom.”

“We await your response,” the letter concluded.