Tyranny of the Elected 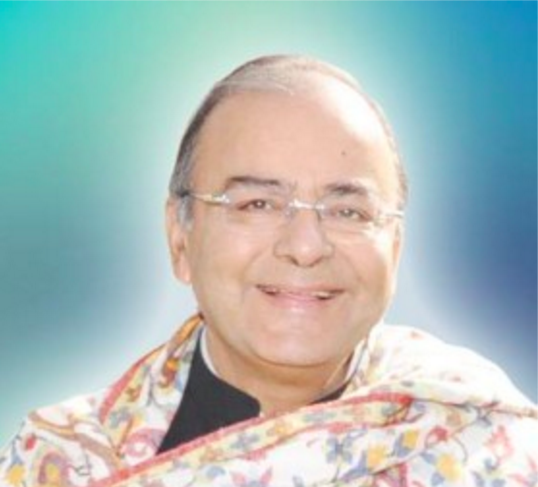 Time for Unelected to Join Hands
and Rein in Tyranny of the Elected
By Pushpesh Pant, in New Indian Express, 31st October 2015
Pushpesh Pant is a former professor of International Studies at Jawaharlal Nehru University, New Delhi

(Note: You get the government you deserve. Why do you blame a silent PM when you don’t open your mouth either? Only the crying child gets the milk. Democracy is a talking shop. You may even shout to make yourself heard but stop short of blows, which is brute behavior. Due to the flawed first-past-the-post election system followed most of our leaders don’t have the majority backing, which makes a government with minority backing rule the majority. The so called landslide victory of BJP was that of 31 % of voters only. This electoral system advantageous to the elected must go. It will not, if the electorate don’t clamor for a change and keep on shouting until they get their rights granted. Portions highlighted below with underlines are to help readers to reflect and react, for or against. james kottoor, editor)
The road to hell, it has been well said, is paved with good intentions. One is tempted to add that the caravans towards that very hot place are more often than not led by the ‘Best and the Brightest’ in the land. Arun Jaitley, our very able Finance Minister with additional charges, has recently hit out at the ‘tyranny of the unelected’, making us pause and ponder about the great divide in democratic India between the ruler and the ruled. The rulers, of course, are the elected—supposedly ‘representatives of the people’—and the ruled—the vast majority of the population that is born to live and die for reasons beyond their control—‘unelected’.
Quite obviously, AJ is of the considered view that only the ‘elected’ have the right to open their mouth and pontificate. It is their privilege to differ and dissent with other members of the elected clans, the rest should forget all about fundamental rights enshrined in the Constitution. The moment they utter a word criticising what the rulers/elected have decided for their good, they should, like lambs being led to slaughter, follow the leaders. This is not the place to draw our readers into a debate about the flaws in the first-past-the-post system that we follow, and the need for urgently required electoral reforms that have repeatedly been articulated; it is sufficient to remark that before Jaitley was elected to the Rajya Sabha he was resoundingly rejected by the voters in spite of the tsunami-like Modi wave in the Lok Sabha elections. Nothing personal, but the millions of unelected can’t fail to notice their difference from ‘elected’. His own government and the party have shouted themselves hoarse over the ‘tyranny of the elected Opposition’ in the council of states that has blocked important pieces of legislation proposed by the NDA. The mischief makers have certainly not been the unelected.
But we are digressing. Mr. Jaitley didn’t have the teeming millions, who toil in fields and factories, unlettered and scantily shod, in mind when he referred to the ‘unelected’. He was provoked to make the stinging comments when the apex court declared the NJAC legislation ultra vires the Constitution. It was the honourable judges of the Supreme Court, who were euphemistically referred to as the ‘unelected’. He is much too sharp a legal luminary to get into trouble with provisions relating to contempt of court, so the attack is couched in terms like ‘judicial overreach’ trespassing into the exclusive law-making domain of the legislature and the sovereignty of Parliament. Ironically, for once, the leader of the house in the Rajya Sabha appears to be in total agreement with the voluble Congress spokesperson Abhishek Manu Singhvi, who has risen back to grace.
But lest the men and women in the street get browbeaten by the Big Guns booming, let us point out that equally (if not more) heavyweight jurists have challenged the wisdom of these views. Among them are Fali Nariman and Upendra Buxi. True, the Constitution doesn’t have a single line or part thereof providing for the collegium system but then Man Doesn’t Live by the Written Constitution Alone. This is not the case of the moving finger having its writ, leaving us helpless to change a word of the destiny cast in stone. Democracy survives and remains vibrant only when it evolves with changing times, and is responsive to the needs of the people. By no stretch of fantastic imagination can one organ of the state usurp for itself the sovereignty on behalf of the people and wield it to keep others in their place.
Perhaps, it would be reasonable to suggest that it is time the unelected joined hands to rein in the elected from tyrannically riding roughshod over their rights. In recent past, the elected have exposed their true self more than once, unabashedly uniting not for public weal but to zealously protect and enhance their own pay, perks and privileges. Perceiving the slightest threat to their entrenched interests, the elected forget partisan feuding and begin to breathe fire against the executive, judiciary and, of course, the gullible electorate.
Whenever any qualifying bar is suggested, it is shot down as undemocratic. Get elected and all blemishes disappear, flaws cease to matter. The elected consider themselves exclusively entitled to express opinions on every subject under the sun, some under the moon as well. What right do the unelected and the less intelligent have to entertain and express their opinion? If they dare to do so, it is branded as ‘Manufactured Dissent’.
++++++++++++++++