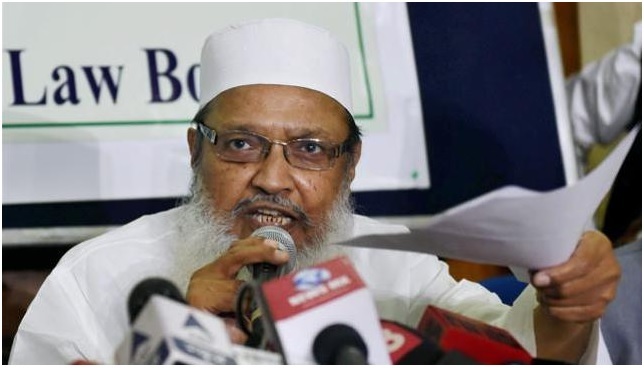 (Note: Triple talaq has become the talk of the town, nay of the country all over. It is in this context we are publishing editorial views of national papers all over the country. This one is the view of Hindustan times. Most  people think it to be a barbaric practice in this age of gender equality, justice  and freedom.  It is now called a remnant of a regressive majority among the Muslims. Supporters do it mostly for vote bank politics, not for any convincing reasons and therefore self-deafeating.

Even Muslims had a woman boss 1,400 years ago, wife of Prophet Mahammad, a widow older than him, he married. His instruction was that divorce is best secured by declaring ‘talaq’ thrice over three months, so that both parties could go back, cool down and rethink.

Also Christian marriage, divorce, maintenance and succession laws are discriminatory against women. They also must go or updated according  to the needs of the times. A ray of hope is that a public opinion and debate is sought. It should be given enough  time for most of the interested parties to  express themselves. james kottoor, editor).

A spacious discourse is driving the battle over ‘triple talaq’, the Muslim practice of divorce. This is keeping us from the real thing: that there is a case for — and possibility of — reconciling Islam with modernity.

The essential demands of modernity are justice, equality and freedom. Any conflict between these and religion must be resolved.Yet, on the one hand, the regressive majoritarian discourse has been like this: if Muslims want sharia, they could go to Pakistan. The social contract for Muslims, unfortunately, has been such that they are forced to trade votes for protection, rather than progress.

On the other, the All-India Muslim Personal Law Board (AIMPLB) has taken a self-defeating stand that Islam allows instant divorce or that a Muslim man can take up to four wives, no matter what. They have no answers to questions like this: if there is one immutable Islam, why are there four schools of Islamic thought, all equally valid?

They also fail to explain how Indian Muslims came to voluntary give up ‘hudud’ or the criminal justice system under sharia, the Islamic legal code, and instead opt for secular criminal laws, since according to them there can be no recant of sharia.

The AIMPLB is naïve to think that any change in personal law violates religious freedom and pluralism under the Constitution. The Right to Religion (Article 25) is the weakest of all: it is subordinate to all other fundamental rights. They may know Islam, but they clearly don’t know the law. The AIMPLB is ill-prepared to deal with reality: religion can no longer regulate law. Rather, it’s the other way round.

Islam isn’t readily compatible with modernity and its attendant features, such as markets, capitalism or modern notions of freedom. No religion is. But where did all the great ideas of human values and justice initially come from if not from the faiths?

Prophet Mohammed married a woman under whom he worked, who was a widow and several years older than him. So, Muslims had a woman boss 1,400 years ago. Unfortunately, the AIMPLB isn’t equipped to even defend Islam. They haven’t bothered to explain the normative position that allows a Muslim man to divorce his wife by pronouncing the Urdu word for divorce — talaq — thrice. Why is it that Muslims say ‘talaq’ thrice when one is enough?

The Prophet’s instructions, as recorded, were that divorce is best secured by declaring ‘talaq’ thrice over three months, so that both parties could go back, cool down and rethink. The spirit behind triple talaq is to allow scope for conciliation, which is what modern family courts do.

This commonality has the seeds for a solution at a time when Muslim women have rightly claimed their right to equality.

An influential Muslim body said on Thursday the BJP-led government was creating an “internal war” by trying to review the community’s personal laws on divorce and polygamy, setting the stage for a political showdown ahead of assembly elections in five states early next year.

The All-India Muslim Personal Law Board (AIMPLB) said it will resist the Centre’s attempt to replace diverse customary laws governing marriage, divorce and inheritance with a set of identical civil laws, the so-called uniform civil code. Law minister Ravi Shankar Prasad told HT that the government was steadfast on its stand that ‘triple talaq’ — – under which a man divorces his wife by saying the Urdu word for divorce three times – must go.

“All communities have different customs and traditions. Our Constitution accepts that. It’s a dangerous idea to treat them with a single yardstick. We oppose this,” Maulana Wali Rehmani, a Muslim leader said. The organisation would “legally” and “democratically” fight any attempt to have a uniform civil code, he said. The AIMPLB, an advocacy organisation, seeks to protect legal sanctions to a bunch of shariah-compliant customs governing marriage, property and divorce. The same laws also allow polygamy among Muslims.

‘Inhuman practice that violates rights and dignity of women’

India has separate sets of personal laws for each religion and demand for overhauling these codes date back decades. Critics say triple talaq, by allowing summary divorce, discriminates against women. But successive governments have backed away from any sweeping change for fear of upsetting crucial vote banks.

In recent years, many Muslim women have approached the judiciary and the Supreme Court is hearing three petitions against triple talaq.The government has told the top court that the Muslim practice of triple talaq was “undesirable” .The government also asked its legal think-tank, the Law Commission of India, to examine the issue of uniform civil code, which has sought public views on the matter.

Muslims organisations see this as an attempt to tamper with their religious practices and have decided to boycott the consultation process. The law minister appealed to the AIMPLB to rethink its stand. “This is a well thought out and considered view of the government in pursuit of gender equality and dignity of women,” he said.

“Many Islamic countries have made provisions for arbitration and conciliation. At some places, only court decides such matters. You simply cannot say talaq-talaq-talaq.” If regulating matrimonial laws in Islamic countries was not violative of the sharia, how can the “same argument be raised in a secular country like India?” the minister asked.

Given the sectarian divide over personal laws, the fractious debate over triple talaq and a uniform civil code could polarise votes in the string of state polls due early next year. Parties like Congress and JD(U) said the idea of UCC was “unimplementable” and accused the BJP-led government of trying to polarise people ahead of the assembly polls.

Muslim women have become more vocal in recent times against the practice of triple talaq and polygamy and now the government has weighed in on their side. Its arguments in the Supreme Court that these are unreasonable and discriminatory, and deny the gender justice enshrined in the Constitution are likely to figure in the Law Commission report on a uniform civil code for all Indians. Though the report is to be submitted only in 2018, the government’s stand will strengthen the case against these practices that have worked against Muslim women, especially those who are poor.

The All India Muslim Personal Law Board’s views on the matter, which have been vigorously challenged by many Muslim women and activists, are regressive, to say the least. It had earlier said that polygamy is a blessing for women as, without this option, men may indulge in illicit affairs. It has also spoken about how the personal laws of a community cannot be rewritten in the name of social reform.

The ruling party has long been an advocate of a common civil code and the Supreme Court has expressed itself in favour of it on several occasions. The Law Commission, however, is studying the Constitution to see what practices can be adopted to create a better framework for gender justice and is also studying previous judgments in the run-up to preparing its report. In 2014, the BJP had made a uniform civil code a poll plank but backed off, thanks to the compulsions of politics. That the Commission is holding talks with all stakeholders ought to smooth the path to some extent, though the likelihood of any consensus on this issue is not likely in the near future.

It is not just Muslim personal law that needs looking into though the gender injustice in this is most visible and debated. Hindu law has been reformed right from the fifties. However, Christian marriage, divorce, maintenance and succession laws are discriminatory against women — a historic case on this was fought by Mary Roy. Personal laws could be amended from time to time to keep up with the changing times and demands, especially from women. But unfortunately they are often treated as being cast in stone and in many cases given some sort of religious sanctity.

The Supreme Court and now the government are acting on the principle that the Constitution prohibits any kind of discrimination on grounds of religion. If reform had come from within communities, it would have been easier to evolve a civil code. But in the absence of that, the best option is to arrive at a workable model based on widespread consultations and always keeping gender justice as the main focus.