Trapped by Priest & Politician? Religion is anti-rational, intolerant and repressive 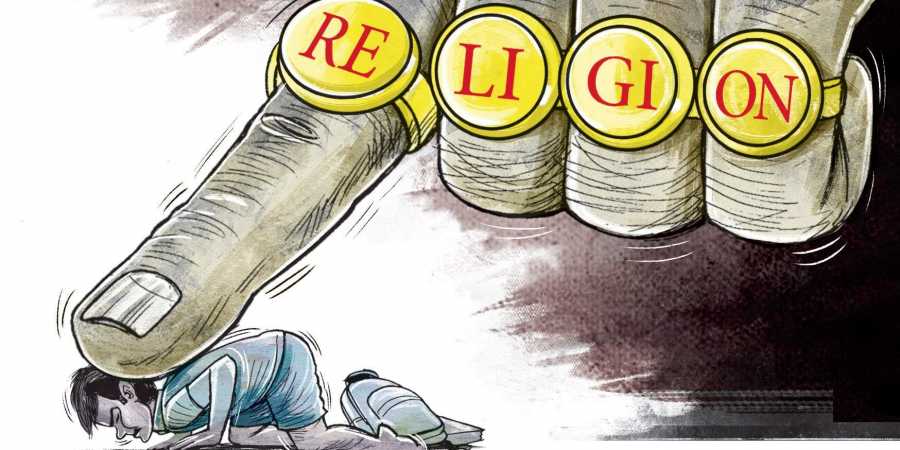 Swami Agnivesh, in the Telegraph 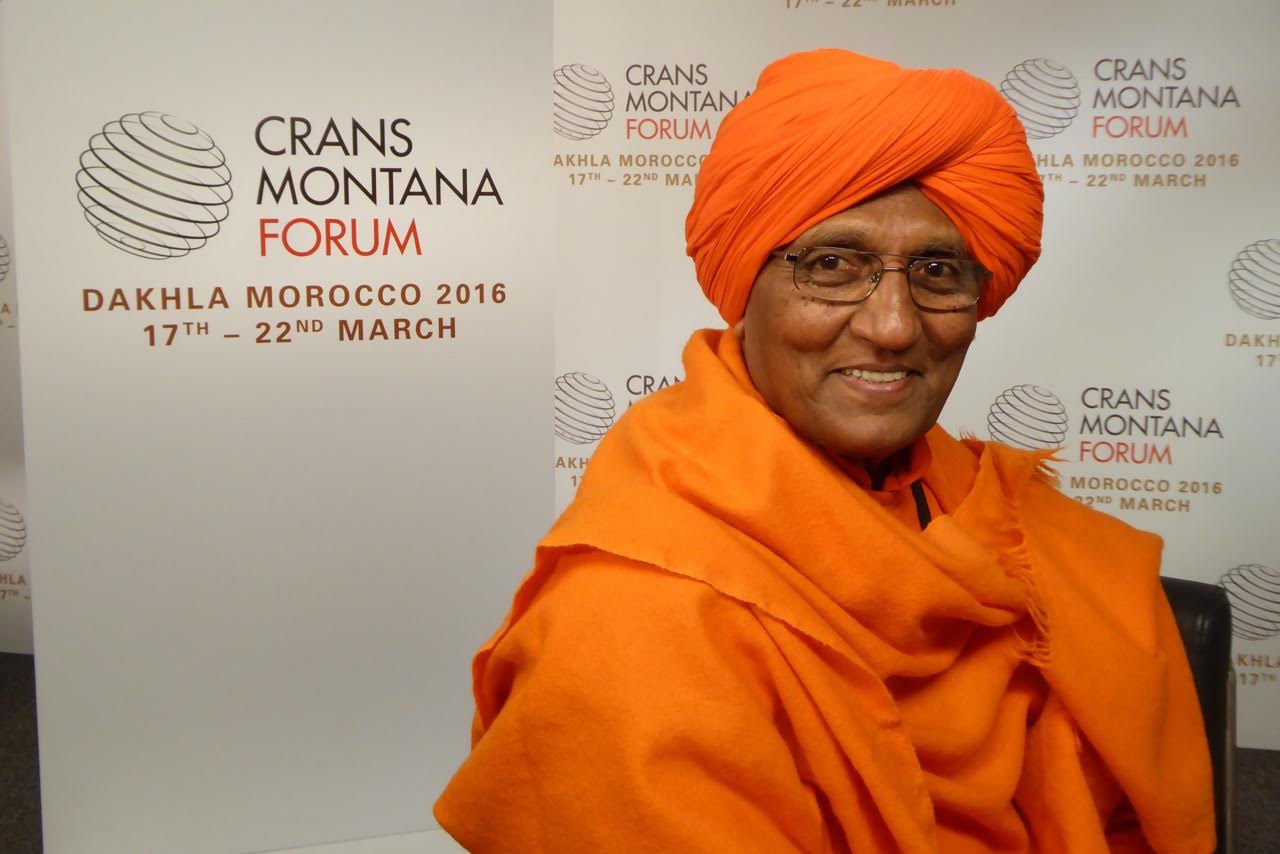 Note: Humans are constantly  caught between two great abysses: the devil and the deep sea! That is speaking in very  abstract terms. But to be more concrete? Between heaven and earth! Still vague as ever, so more precisely? Between Religion and politics!

That is better, still more concretely to feel and touch? Between Priest and Politician! Yes now you have it! Think a thousand times before you trust any of them! We may even make bold to say: Do not expect TRUTH from any of them.

Just one small example, like “Oru pana chorine  oru choru patham,” (Enough to test one grain of rice to know if the whole pot is well cooked!). There was the week-long Dharna of Nuns against rape by a bishop. Did any bishop or politician show themselves up there to bear witness to truth, to their conviction? Truth alone can make you free!

Both the priest and the politician are tied up in a web of half-truths, dogmas, public opinion, news, fake news, post-truth, alt-truth, finally ending up in no-truth, except what-is-in-it for me to gain! Both will never give up until they win by hook or crook! Cardinal Pell has not given up, even after two or three jury convictions!

Normally any civilized discussion should be based on reason and persuasion. That is impossible when it comes to religion and its priestly pundits. Spirituality is inseparably bound up with God, living or dead, and God is synonymous with LIGHT. So we, CCV, have been harping time and again that in matters religion we should be led by light of REASON, whether it be that of the sun or of the fire-fly that one may have.

It is here Swamy Agnivesh excels in clinching the truth that “Religion is Anti-rational, Intolerant and Repressive” as the title of this article loudly proclaims and proves.   Humans are creatures of two worlds: 1.Here below and 2. Here-after or heaven above. Here below, he is like the rats caught by cats: the politicians play with them like toys in their hands, except the few minutes of voting time, when the individual voter has complete power over the politician.

In the same way in religious or other worldly matters, priests have total control over all believers with their dos and donts and dogmas immutable. If they don’t fall in line, it would be eternal misery in hell. The politicians’ threat is material misery. Both manipulate their subjects through fear.

This is just to give an insight or taste of the nourishing article, on Religions and Reason by Swamy Agnivesh. Note specially the comparison he makes between Religion and Spirituality. “Religion follows the precepts of a (single) sacred book; spirituality seeks the sacred in all books.”(Teilhard de Chardin) Read and react without minsing words, without fear or favour. james kottoor, editor CCV.

It took Europe several centuries of bloodbaths to realize that religion is a cause of destruction and disunity and a hindrance to progress and welfare.

The birth of the secular vision happened in this crucible of massive and prolonged suffering. Europe realized that, to be able to move forward to peace and prosperity, it is necessary to exclude religion from the public sphere.

This strategy of ‘exclusion’ is not in sync with the spirit of India. Europe is inexperienced in respect of religious diversity. It failed to cope even with denominational diversity. The essence, and weakness, of the European spirit is homogeneity; for it is driven by the spirit of domination. Domination and diversity are incompatible. Diversity is akin to the genius of India. So the European model of secularism does not recommend itself to us. Hence, we evolved the alternative of equidistance regarding all religions and thought we had unravelled the religion-politics riddle.

The European model of secularism ignored the fact that spirituality — the need for God — is a fundamental human need. So, against the divisive multiplicity of religions, there stands the spiritual insight that all of humankind comprises a single family. The core purpose of spirituality is to empower the human beings and lead them towards liberation resulting from total development.

In contrast, religion and politics thrive on human underdevelopment and what Immanuel Kant calls ‘immaturity’ — the inclination to be under ‘tutelage’. Individuals in this state are conditioned to be dependent and to be controlled. The priestly class flourishes by peddling expertise vis-à-vis the eternal and the political class by promises of instant and assured material salvation. Between saviours of both kinds, the human species remains disempowered and lost.

Religion disables. It shackles individuals with dogmas, rules and rituals, which are irrelevant to their need to grow in stature and attain fulfilment. Religion is orthodox, a pull to the past. We cannot progress by going backwards. Then, religion controls ‘believers’ with fear as the main strategy. Fear cripples. Also, religion, being backward-looking and dogmatic, cripples the spirit of rational inquiry and thinking. While reason is incompatible with religion, it is the very light of spirituality. God is light, and light symbolizes reason.

More, because religion is anti-rational, it has been, and continues to be, intolerant and repressive. No reasoned argument is possible in the religious realm; for ‘faith is above facts’. Besides, religion is hegemonistic. That is why ‘believers’ are made to quarrel about the inferiority or superiority of religions and disrupt peace. This hegemonistic outlook makes religions hold their communities hostage. They are then brainwashed into believing that there is light only in one’s own holy book. “Religion,” wrote Teilhard de Chardin, “follows the precepts of a sacred book; spirituality seeks the sacred in all books.” Religion has always been, is, and always will be, a cause for conflict and disunity. It cannot help causing misery and suffering for humankind. In contrast, spirituality unites peoples and heals divisions. It is hypocritical, therefore, for religious leaders to posture as promoters of peace and universal brotherhood.

I am particularly worried when ‘otherworldliness’ is injected into human beings in the name of god or religion. The idea is a cruel joke. An intent to control them like animals underlies such pretensions of being mediators of the eternal or the cosmic. Such subterfuges are, as Marx said, mere opium of the people; to prevent them from rebelling against injustice and degradation. In man-made systems, wealth is concentrated in a few hands by taking it out of the hands of others.

The indefensibility of it would have been apparent to the victims but for the deflection and delusion that custodians of religion provide to legitimize the systemic crime. Wherever spiritual awareness has been alive, radical voices have been heard, denouncing injustice and insisting on the equality and dignity of all.

The foremost danger today is the nexus between communal religion and criminal politics. There are a thousand faces to the criminal genius of the politics in vogue. Of particular interest is the dependence of all power-mongering demagogues and politicians on misleading the people with falsehoods. Deceiving citizens is today a highly valued art, known as ‘propaganda’. Communal religion and criminal politics are propagandist. Truth is unprofitable to them.

Falsehood produces secrecy between subjects and rulers, evident in the Rafale controversy. The idea that the people of India have no right to know how much has been paid for the fighter jets, when they are the paymasters via their taxes, insults the idea of democracy. But it is not thus perceived, because of the religion-politics nexus and the devaluation of truth and transparency this sanitizes.

Unless we shift from religion to spirituality, there will be no improvement in our collective predicament or national character. For democracy to stay true to itself and not crash into fascism, it is urgent, as Tolstoy wrote to Gandhi, that the country stand steadfastly on truth. We stand at the crossroads. From here we could turn either to spirituality or to fascism. I sincerely hope we choose the first.