Transform Multifaceted BJP into a Single faced one 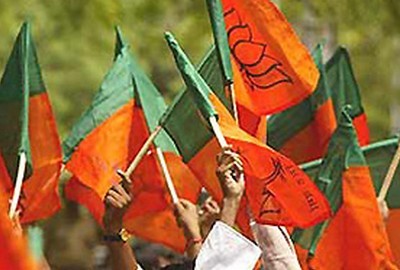 Modi and Shah should:

(This article is from Economic Times, 5/1/15 by Devanik Sha. He is the founding member and Data Editor at The Political Indian. He has worked with Naandi Foundation, World Bank, Monitor Deloitte, Teach For India and STIR Education. Dr James Kottoor)

It is the beginning of 2015; newspapers and media websites are filled with editorials and opinion pieces analyzing the Modi government’s performance till now and what it needs to do this year on various political and developmental issues.

Clearly, it has succeeded in breaking conventional caste equations and vote traditions to establish its supremacy in areas which were earlier considered impervious for it. In Uttar Pradesh, where Mayawati and Mulayam Singh heavily depend on their caste vote banks to cruise through elections, BJP virtually snatched ground from both of them, which led their alliance to secure 73 seats there in the Lok Sabha elections.

A lot has been written on BJP’s astounding electoral success in the past year.Now, if we focus our attention on the political arena, it has been not the same for them. Ever since BJP has come to power, repeated controversial comments and remarks by its leaders have become common. Be it Sadhvi’s election remark, Sushma’s appeal to make Gita the national book, or Sakshi Maharaj’s comment about Godse, the media hardly got any time to breathe, and criticized them vociferously. The alleged forced conversions by Hindu fringe groups and threatening statements by their leaders disrupted communal harmony and instilled a sense of fear among the minorities. The turmoil stalled the Rajya Sabha for many days, thereby stopping the BJP from passing several important bills, for which they had to take the ordinance route.

But the most disturbing thing is the unresponsiveness and inaction of Narendra Modi and senior BJP leaders on these issues. Neither have they condemned the actions publically nor have they taken any initiative to stop these fringe groups.

Both these scenarios portray the multifaceted BJP.  On one hand, they have successfully broken caste equations, vote traditions and established their governments across various states, which they would like to continue this year as well, but on the other hand, they seem to give a free hand to the Hindu groups to let them carry on with their Hindu adventurism.

The question arises that why can’t the BJP replicate their electoral strategies and perspectives into their politics? Where does Modi and Shah’s ambition to conquer unknown territories and chart new heights disappear, when it comes to Hindu groups and issues concerning minorities?

Having received a landmark majority in the Lok Sabha elections, BJP has a golden opportunity to transform its communal image and focus on making India a global power. During the Lok Sabha election campaigns and rallies, Modi tried to woo the minorities to vote for BJP and promised that he would work for the development of all irrespective of religion and community, but unfortunately, recent incidents are not in sync with his promises.

As seen with the Rajya Sabha deadlock, such incidents would only delay important legislations and hamper Modi’s development agenda. With BJP’s glorious record in breaking traditionalistic vote

banks and scuttling caste equations, BJP should definitely replicate the same in the political arena.

It is understandable that 2014 was an experimental year and BJP had to put in a lot of efforts to reach where they are today, but in 2015, Modi has to focus on fulfilling his developmental promises, for which Modi and Shah should transform the multifaceted BJP into a single faced one, i.e., establishing new ground and breaking traditions, not just electorally but also politically.