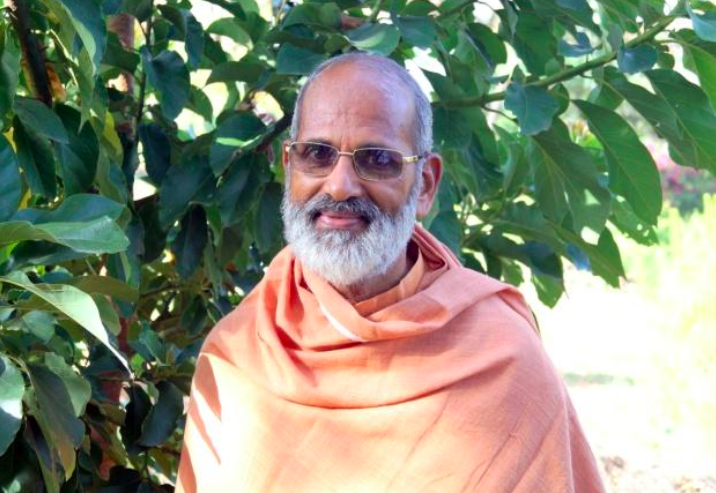 By the term ‘Communism’ I mean here an integrated socio-economic-political system wherein the members of a commune (community) can live together peacefully and happily by sharing their time, energy and resources for the common good of all and for the good of  ‘mother earth’ as a whole. The first practical experiment in ‘Communism’ was done in history by the early Christian communities. They voluntarily pooled everything together according to each one’s ability and shared everything in common according to each one’s need with love (Acts. 2: 44-47).

‘Communism’ as an economic and political ideology was developed and authored by the German-born Karl Marx (1818-1883) who was deeply disturbed by the injustice and exploitation heaped upon the poor working class in Europe of his time by the ‘Capitalists’ who were rich Christian industrialists and landlords. The Church itself was the biggest Capitalist in the world during that period. At the same time, the Church also was preaching ‘love the Lord your God with all your heart, all your mind, all your soul and all your strength; and love your neighbor as you love yourself.’ This was utter hypocrisy. The Church had replaced the original Christian Communism with a self-promoting Christian Capitalism.  Hence, one can also say that the Marxian Communism originated as a reaction to the Christian hypocrisy of that period.

Karl Marx wanted to change the unjust and exploitative world. ‘The philosophers have only interpreted the world in various ways. The point, however, is to change it’, he had pointed out. ‘Workers of the world unite; you have nothing to lose but your chains’ was the clarion call of Marxian Communism. The ideology of Communism developed by Karl Marx was his recipe for liberating the working class from the chains of injustice and exploitation, and thus for changing the world.  It has succeeded in its goal to a great extent but with much violence and bloodshed. Also, the change is seen to be short-lived. However, Karl Marx can be seen as the greatest revolutionary in human history, but only next to Jesus Christ who had initiated the most enduring ‘communist revolution’ of love and peace in human history through his life, vision and mission. Jesus Christ was not only able to revolutionize the world, but also was able to divide the human history into two –  ‘A D’ and ‘B C’.

In Christian Communism no one needs to be eliminated. All resources are to be shared with love according to the needs of people. This calls for an attitudinal change and a greater courage. A radical self-transformation inspired by love of God and love of fellow human beings is the basis and also an essential prerequisite of Christian Communism for transforming the world. Instead of killing others, Jesus Christ advocated laying down one’s life for others with love if one really wanted to change the world and bear fruit (Jn. 15: 9-17).  It calls for greater courage to die for a cause than to kill for it.

I strongly feel that history and destiny beckon us today to integrate the common commitments and concerns of these two great ideologies of Christian Communism and Marxian Communism to bring forth an integral ideology of peace and sustainable development for the common good of humanity and ecological wellbeing of mother earth. Such a Christo-Marxian Communism can present lasting solutions to many of the socio-economic-political-ecological problems and crises facing India and the world today. The Constitutional values of justice, liberty, equality and fraternity can serve as the ‘pillars’ of such a Christo-Marxian Communism in India. A shared non-violent struggle by Christians and Marxists to uphold these Constitutional values in the social, economic and political dimensions of India’s national life based on love of God and love of fellow Indians can usher in a new era of peace and sustainable development for India and the world.

Kerala is the cradle of Christianity and Marxian Communism in India. Both Christianity and Marxism are very powerful in this small yet very beautiful State known as ‘God’s own land’. Both had first entered the Indian subcontinent through Kerala which is also the most literate and politically conscious State in the Indian Union. Christianity and Marxism still play decisive roles in determining the economic and political destiny of this State. The LDF led by CPI (M) is in power in Kerala at present.  However, the Marxist Communist Party has become today more violent, corrupt and cash-rich than most other political parties in this State. It has been encouraging widespread sale of alcoholic drinks, lottery tickets, exploitative trade unionism and frequent hartals and bundhs that are ruining the dynamism, creativity, energy, and economy of the State.  All Christian Churches have their powerful presence in Kerala. Many of these Churches are also very rich and powerful agents and representatives of Christian Capitalism.  Most of the Christian Churches have lost their moral credibility and spiritual vitality and are burdened with scandals of sexual immorality and financial misappropriations.

Both the Christian faith and Marxist ideology are deep-rooted in Kerala. There are also a good number of value-based Christians and Marxists in Kerala who are still committed to the common good of the society based on the Constitutional values of justice, liberty, equality, and fraternity.  If they can join hands in a non-violent struggle to rebuild the flood-ruined Kerala on a sustainable development paradigm based on these Constitutional values inspired by the proposed Christo-Marxian Communism, nothing in the world can stop this State from becoming a real ‘God’s own land’. May God bless the good Christians and good Marxists in Kerala with the necessary courage and strength as well as power and wisdom to undertake such a challenging mission for the glory of His name and good of humanity.

Acharya  Sachidananda Bharathi (alias ‘Air Force Baba’) is a former Indian Air Force Squadron Leader turned ardent disciple of Lord Jesus Christ and acharya of an ‘Indian face of the  Christian faith’ without religious conversion and cultural  alienation. He is also a promoter of a culture of peace and sustainable development in the world based on an integral vision of life and reality. An encounter with the living spirit of Christ following a fatal air accident in 1982 was the ‘turning point’ in his life.

In his spiritual quest  Sachidananda Bharathi has lived-life experiences of the truth, goodness and beauty of four world religions – Christianity, Hinduism, Islam and Sikhism. He received ‘Acharya diksha’ in 1990. He became a Sanyasi according to the Chaturashrama Parampara of India in 2001 with the permission of his IRS officer wife. He initiated the ‘Bharathi’ Chaturashrama Sanyasa Parampara in 2003 and took the name ‘Swami Sachidananda Bharathi’.
Swami Sachidananda Bharathi has established 4 Ashrams and 2 Missions and a number of organizations and institutions at different parts of India to realize his vision and mission. He has traveled widely and has authored many books. He was one of the delegates who represented India in the ‘Millennium World Peace Summit of Religious & Spiritual Leaders’ organized by the United Nations at New York in August 2000.