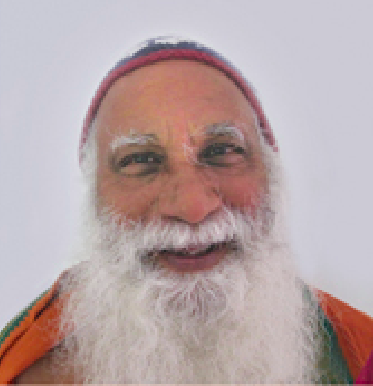 The whole world evolved from love. Everything beautiful comes from love energy. Love puts up with all kinds of inconveniences. It puts up with our and others’ shortcomings. Sometimes it is more convenient to give in to others’ demands and not to confront them so they take responsibility for their actions. Herein is where tough love comes handy. Tough love is operating when someone treats another person, often a close relative or friend, gently and lovingly but firmly with one’s long term good. The person thus dealt with may not like our treatment as our true motive is not understood at the time. Tough love is difficult for the one using it as well as the one undergoing it. Many persons enable others in their destructive behavior. A parent, for instance, may yield to a child’s inappropriate demand rather than take a difficult stance; a wife may support the alcohol or drug abuse habit of her husband from her hard-earned daily wage, that I witness in my surroundings everyday.

Recently I had a difficult experience when I refused money to a close friend. He makes wasteful, irrational trips to officials far away to solve his problems using the scant income he has. He lost an enormous amount of money to swindlers who promised several times the amount of money he would spend in installments to get a large grant from a charitable trust fund that did not exist. Due to his naïve credulity and greed for money, he fell prey to their scheme and got traumatized losing his income for a comfortable living left by his mother. As I told him that I would give him only enough money to get a ticket to reach his home, he stormed out of the ashram. The reason for the impulsive behavior he gave was that I was trying to control his life.  Another involved a so-called well-wisher who freely doles out advice to others, and who is meddlesome, to say the least. As I was leaving a close friend of mine after offering my best wishes before the long official inauguration of his financial enterprise, the “well-wisher” did not think that my leaving before the function was the right thing to do. I had to clearly and assertively tell him that it was my judgment call, and that I had to plan the use of my time.

Tough love should not generate guilt feelings if intended outcome does not result. We cannot change anyone’s behavior. We can help motivate people in the right direction. But they have to ultimately make the choice for constructive change. Instead of enabling a near or dear one to maintain one’s bad habits, we can at least use our limited resources for making a difference in the life of someone  who wants to change for the better. Whether one wants to contribute to the short-lived appeasement or lasting behavior change that promotes humanity towards its destiny will be determined by tough love that makes hard choices.

Love is tough because the path chosen is tough.