Out today, the Pope’s guide to love, sex, marriage 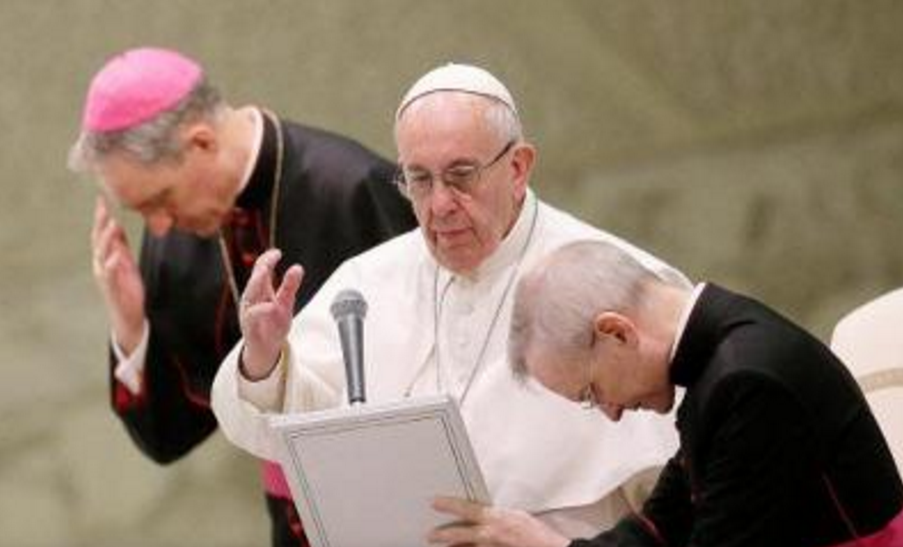 VATICAN CITY: Pope Francis issues one of the most eagerly awaited documents of his pontificate on Friday, a treatise on marriage and the family following two gatherings of Catholic bishops that exposed divisions in the Church.
There is keen anticipation on what the 260-page document "Amoris Laetitia," (The Joy of Love), will say about the full re-integration into the Church of Catholics who divorce and remarry in civil ceremonies.
Under current Church teaching they cannot receive communion unless they abstain from sex with their new partner, because their first marriage is still valid in the eyes of the Church and they are seen to be living in an adulterous state of sin.
The only way such Catholics can remarry is if they receive an annulment, a ruling that their first marriage never existed in the first place because of the lack of certain pre-requisites such as psychological maturity or free will.
Francis, who has made numerous calls for a more merciful Church, has changed procedures to make obtaining annulments less cumbersome and expensive.
Following an unprecedented poll of Catholics around the world, bishops held two summits, known as synods, at the Vatican in October 2014 and October 2015 to discuss family issues, such as why fewer Catholics are getting married and more are getting divorced.
The bishops' final document at the second synod spoke of a so-called "internal forum" in which a priest or a bishop may work with a Catholic who has divorced and remarried to decide jointly, privately and on a case-by-case basis if he or she can be fully re-integrated and receive communion.
While progressives such as Cardinal Walter Kasper of Germany, who is one of Francis' favourite theologians, favour this approach, it is opposed by conservatives, who say it would undermine the principle of the indissolubility of marriage that Jesus established.
At the end of the synod last year, Francis excoriated immovable Church leaders who he said "bury their heads in the sand" and hide behind rigid doctrine while families suffer.
The papal document, formally known as a Post-Synodal Apostolic Exhortation, is also expected to call for better programmes for marriage preparation and echo the synod's stand that homosexual unions cannot be equated with heterosexual marriage.