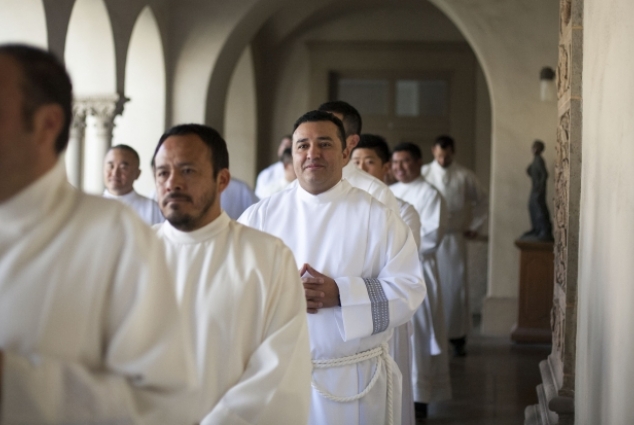 How the church forms ministers is crucial, says a new report on the clergy sex abuse crisis.

A thought-provoking article in the U.S. Catholic. At the National Consultation of We Too Are Church (renamed Indian Catholic Forum) Fr Subhash Anand who has 35 years' experience in training seminarians, observed that today's seminarians lack proper training which would equip them to cope up with changing scenario in the fast-changing digital world. Let readers go through it and give their feedback.  Isaac Gomes, Asso. Editor, Church Citizens' Voice.

In the aftermath of the latest wave of revelations about clerical sexual abuse and episcopal malfeasance in the United States, now more than ever, Catholics may be critically questioning how candidates for ordination are selected and in what kind of vision of the priesthood they are formed. We might even question the value of priestly ministry at all.

Well before the most recent revelations of clerical abuse, a group of scholars and pastoral formation directors gathered at Boston College to renew the theology and practice of the priesthood for the contemporary church. From 2016–2018, this seminar—made up of lay women and men along with diocesan and Jesuit priests—studied the best historical, theological, and sociological research on the priesthood and the needs and trends in church ministry in the United States.

As a result of the two-year study, the seminar authored a 10-page report, “To Serve the People of God: Renewing the Conversation on Priesthood and Ministry.” The document, published in December 2018, describes the priesthood as a collaborative ministry that deepens the discipleship of all the baptized. It also offers a number of concrete proposals to renew priestly formation for the church today.

The sex abuse crisis is only one aspect of the changing landscape of ministry in the U.S. church. Other factors include the call for greater participation in church life by lay women and men; the expansion of lay ecclesial ministry; the significant growth of the Hispanic Catholic population; the decline in the number of priests; and the shedding of religious affiliation by religious “Nones.” In this context, the emerging church needs mature, well-formed priests who understand their vocation not in terms of power, privilege, and authority, but as a service that promotes the gifts and discipleship of the whole people of God.

Collaborative ministers in a missionary church

The Boston College report emphasizes that ministry exists within, and for the sake of, the whole church. The purpose of ministry, whether lay or ordained, is to nurture and strengthen the discipleship of all Christians. All the baptized participate in and share responsibility for the one mission of the church: to proclaim and build up the reign of God and to be a sacrament of God’s love in the world.

Ordination “is neither a promotion beyond the ranks of the baptized nor an indicator of superior holiness,” but “repositions” the individual in a new and particular relationship to the church community. Even after ordination, priests remain disciples among disciples and are called to ever-deepening conversion to Christ.

What, then, is the unique role of the ordained priest? The report identifies five central aspects of priestly ministry and offers concrete suggestions to renew programs of formation for the priesthood. The priest is a preacher, a leader of worship, a collaborative leader, a public representative of the church, and a practitioner of pastoral charity.

Priests proclaim the word of God. For their preaching to be effective, priests not only need to be theologically educated but must also have the communication skills “to preach the Gospel with the creativity that engages people’s lives while also being faithful to the good news.” As leaders of worship, priests gather the community together in one common prayer. Though they are presiders of the eucharistic liturgy, the spiritual enrichment that they receive at Mass “comes to them more as recipients of that Eucharist alongside their sisters and brothers in the Christian community rather than only as a consequence of presiding at the eucharistic liturgy.”

As collaborative leaders, priests must foster lay participation in the mission of the church and be open to learning from their lay colleagues in ministry. The report states that “lay ministry is not a substitute or competitor for the ministry of ordained priests but rather a gift of the Holy Spirit and an integral part of the church’s mission today.” It is especially important that priests be able to work equitably with women, who make up the majority of lay ecclesial ministers. This collaboration is not merely an issue of practicality, but is a genuine recognition that the Holy Spirit is at work within the entire baptized community.

Because priests are seen as public representatives of the church, they must be “worthy representatives of the faith community by exercising responsibility in matters extending from sexuality to the use of time and to honest stewardship of personal and communal finances.” To be practitioners of pastoral charity means that priests must not get bogged down in the “busyness” of ministry but must strive to embody the “joy of the Gospel,” in Pope Francis’ words. Priestly ministry is not about managerial control over church life, but is centered on service and accompaniment of the people of God, especially to those on the margins.

One of the most compelling aspects of the Boston College report and its suggestions for priestly formation is that it is grounded in the humanity of priests. The grace of ordination does not negate the limits of one’s humanity or eliminate the need for ongoing formation, professional development, and spiritual renewal for ministers. The entire process of priestly formation must be attuned to the priest’s humanity and the concrete needs of the church.

Beginning with vocational discernment and recruitment, bishops and seminary formation directors must be attuned to a candidate’s desire for a life of self-giving service. Candidates must not be seeking to flee the world but be ready to engage “the world in which the Holy Spirit is at work.”

Candidates for priesthood also must be able to sustain authentic and healthy relationships within the Christian community, not only for their psychological health but for their ministry among the people of God to be effective. Seminary formation ought to focus on total human formation, including affective maturity and psychosexual development, in addition to theological and pastoral studies. Finally, priests require lifelong formation. Spiritual direction and ongoing education in both theology and the professional skills required for ministry are essential to cultivating the priest’s life of faith and holiness and sustaining fruitful ministry.

The report makes two significant and concrete recommendations for renewing seminary formation. First, since the church needs priests who are capable of collaboration and co-responsibility with the laity, lay women and men ought to contribute to the formation and education of seminarians: “The talents and insights of as wide a cross section of the church’s members as possible are required to prepare priests for the world and church they will serve.” Second, the document urges a reconsideration of the often insulated living situations of seminarians. In the United States, it is common for diocesan seminarians to live and study in separate institutions from those where lay ecclesial ministers study. The report recommends that diocesan seminarians study in academic centers with other lay and religious candidates for ecclesial ministry. This would introduce seminarians to the gifts and talents of their colleagues in ministry and to the theological diversity of the church they will serve.

Hope for the future

The past several months have revealed a longstanding crisis of priestly ministry, episcopal authority, and accountability of the hierarchy to the people of God. The Boston College report is hopeful for the future of ministry in the church.

The expansion of lay ministry in recent decades, and especially the significant percentage of lay ministers who are women, is one sign of a lively future of ministry. Renewed programs of lifelong formation could better support priests in their ministry of preaching, leading worship, collaborative leadership, living a life of exemplary discipleship, and pastoral charity. Finally, the seminar itself is one model of the collaborative ministry it recommends: recognizing the gifts of the Spirit throughout the church, it brought together the expertise of clergy, laywomen, and laymen, and benefited not only from theological studies but from the human sciences as well.

Ordained ministers must understand their role not as a privilege granted unto them as a confirmation of their superiority, but as an act of service and an invitation to continue growing in holiness. Well-formed priests will understand themselves as disciples among disciples and will be “shepherds with the ‘smell of the sheep,’ ” as Pope Francis desires. They will, the Boston College seminar hopes, “serve the people of God.”

Elyse Raby is a doctoral candidate in systematic theology at Boston College. She was a participant in the Boston College Seminar on Priesthood and Ministry for the Contemporary Church.