‘Thy Kingdom’ has come in Kerala If there was anything called self esteem, it seems that it too is lost for the Kerala Catholic Syro Malabar (SM) Church members.

Already the present Kerala Church is renowned for its uncontrolled crase for money, power and luxury. Almost all our Church buildings all over the world are the best in that class. Not many stones older than 100 years are on duty here for the Kerala Catholics. Until recently, the Bishops could make the majority believe that they ‘suffer' for ‘Thy Kingdom’. I think, this Kingdom has already come. In Pala Diocese a parish priest wrote a general letter asking for money for a Diocesan Medical College. The letter goes… 'Holy Mary wants you to offer Rs. 20,000/- to this fund’. Holy Marys and St. Josephs are every where. Where else shall we find so clean a ‘Thy Kingdom’?

The present crisis is over the Church policy on liquor. When Congress Ministry was ruling, may be because of threats from these ‘Kings’ from the East, they cancelled licences of some 450 liquor bars. The fun is that even then these 'Kings' did not support them in the General Election. And the Marxist Communist Ministry came into power.

Hardly half their tenure has gone and they have re-installed many Bars, much more than what Congress Government had shut down. To overrun a Supreme Court notification against liquor shops aside National Highways, the Kerala Government has even issued a denotification order changing many National Highways into State Highways. How many of you can believe that a Church which fought for years against Government liquor policy, keeps absolutely silent against the present liquor flooding?

This is exactly on this Silence of the Excellencies that a popular Malayalam newspaper ‘Mangalam’ has highlighted today as their breaking news. The background story is linked with the 1796 vacancies in the Aided Schools managed by various agencies under the Church in Kerala. Since the Government took over the responsibility of paying the salaries of all School employees for some 40 years, there were widespread demand from the public asking the Government to endorse the state Public Service Commission, the responsibility of appointing the necessary staff too. This, the Church was not agreeable to, on the allegation that it is violation of minority rights. To know the secret of this ‘violation insult’ read the news from a holy SM parish in Kerala where physical fight took place among Church Run School authorities, recently. It was over the lakhs of rupees the management had accepted as 'gift money' for an appointment in the school. The Church never likes to miss that opportunity of appointing somebody especially at another's risk. 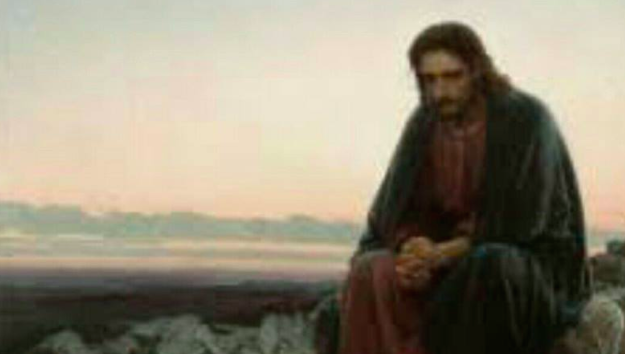 The Newspaper says that the whole Bishops Conference has surrendered to the present Chief Ministers grave threat that the School appointments will go to PSC, if they protest against the Governments liquor policy and as a result their fight against liquor ended up in a small protest at Kochi. Who will compensate the 'would be missing' billions?

To see more about ‘Thy Kingdom’ people, read the news on Bonacaud Forest encroachment also. A few years back, there appeared a few crosses on the way to a hill in this Kerala Government owned forest. Recently the Forest Department removed them by force. Local Church authorities are continuing their protest against this. What surprised me was the argument of the 'strikers'. They say that they have the right to fix crosses, because 'others also are encroaching on this public property’. 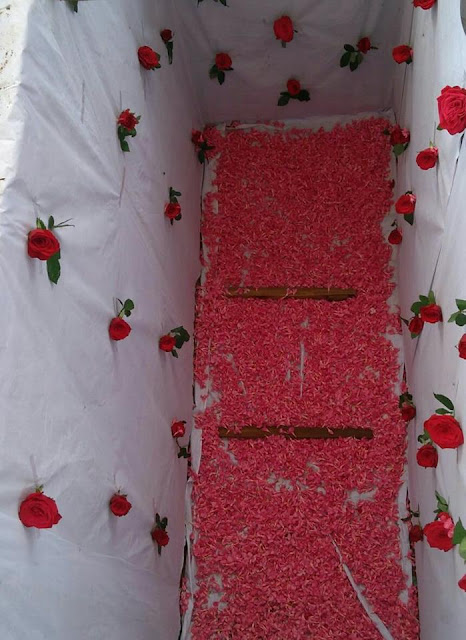 In the picture see the latest trend inside a grave hole. Box is yet to come.

A kite cut off from the thread, that is the present status of the Church in Kerala now. It has visibly no connection with Lord Jesus or His teachings!

New traditions are being introduced on a daily basis. Baptism, First Holy Communion, Engagement, Marriage… all have become chances to spend lakhs of rupees on luxury,  show off and competition in the community.  Most celebrations are incomplete without liquor. Recently, funerals also have turned into occassions for pomp and show. The Bishops see all these things and Pastoral letters favouring such pomp are being issued too. Where a Beatitude needed a 'many many lakhs reception' in an Indian city, what about the cattle class? The Question is, ‘Is this 'Thy Kingdom?'

This could be the reason why our brethren in Chennai have been relentlessly fighting since decades,  against a possible new SM Diocese anywhere near Chennai. The reason for honouring BJP leaders during Church events in India also is clear!