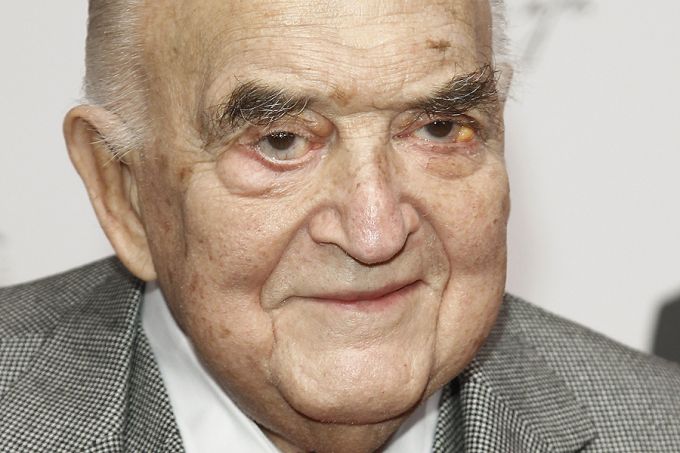 George Weidenfeld was barely eighteen when Nazi forces occupied his homeland of Austria in 1938. He may not have lived to see his 95th birthday – celebrated this year – if not for the selflessness and generosity of Christians during World War II.

Weidenfeld was one of countless other Jewish youths who were evacuated from Nazi-occupied countries and resettled in England through Christian-led initiatives similar to the famous Kindertransport train program. When he arrived in England, Weidenfeld said Christians fed him, clothed him and supported his resettlement.
Today it seems the tables have turned as Christian persecution across the globereaches unprecedented levels. And in an effort to repay some of the generosity he received during World War II, Weidenfeld has launched a new program to rescue persecuted Christians in the Middle East.
The Weidenfeld Safe Havens Fund aims to rescue a projected 2,000 Christians from Syria and Iraq over the next two years.
“I had a debt to repay.” Weidenfeld told The Times. “It applies to so many young people who were brought on the Kindertransports. It was the Quakers and other Christian denominations who brought those children to England.”
“It was very (a) very high-minded operation and we Jews should also be thankful and do something for the endangered Christians.”
The Fund sponsored its first rescue just last week, flying 150 Syrian Christians to Poland on a privately chartered plane.
The new initiative has faced some criticism for its exclusion of other persecuted religious minorities in the Middle East, including Yazidis, Druze and Shia Muslims. But Weidenfeld has defended his initiative’s narrow focus.
“I can't save the world,” he said. “But there is a very specific possibility on the Christian side.”
Weidenfeld appears to have been inspired by the late Nicholas Winton, who rescued more than 10,000 Jewish children during World War II through his Kindertransport train initiative.