Thelugu Churches embrace each other – FEDERATION OF TELUGU CHURCHES (FTC) 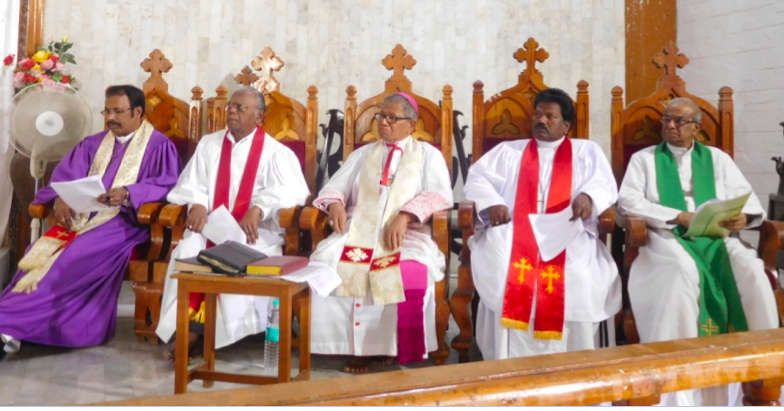 (Note: “I pray that they will all be one, just as you and I are one — as you are in me, Father, and I am in you. And may they be in us so that the world will believe you sent me.” Jn.17.21. It is this prayer of Jesus which is the fountain of the power that propels the ecumenical movement.

Some 40 years ago while editing the New Leader from Chennai, I used to write addressing Catholics: “Ours is a ghetto Catholicism” which includes only registered members of the Catholic church. This is a contradiction in terms since, Catholic means: ‘Universal’ not excluding anyone, not divisive. The present Telugu federation of all Churches in Andhra definitely is a giant leap forward but falls very short of the vision of Jesus which includes not only Christians and believers. Therefore this too is a  Ghetto Ecumenism, which has a long way to go forward to reach the goal, taking inspiration from what Pope Francis said: “My God is not a Catholic God.” There is no God, if there is a God, only for Catholics, Christians or believers only. He is there, for all mankind even if some do not believe in Him.

We saw how Francis went to Sweden and embraced a lady head of the Church there. We, all of us, have still to cross any number of hurdles, barriers before we can reach up to the vision Jesus has opened for us in his prayer for Unity. It is a prayer for the Unity of all mankind — believers and unbelievers. In a globalised world today, we are living and  to be relevant in this world we have to live in a Post-religious vosion of Jesus, that is, a world that knows not the divisions created by  different religions.

What should bind us all together is the bond of common humane humanity, brotherhood and sisterhood under the fatherhood of God. This is what  Sri Narayana Guru preached: “One God, one religion and one Caste if you want, the human caste.” This again is what Jesus highlighted when he present himself as the SON OF MAN, 85 times in the Gospes, that is, he was presenting himself as the Ideal man for all times, all places, all cultures, all countries and  all religions.

So may the ecumenical movement of the Thelugu Churches reach its Jesus-willed Goal at the earliest and inspire others to follow them in their foot steps. james kottoor, editor)

Commemoration of 500th Anniversary of Reformation during the Unity Week 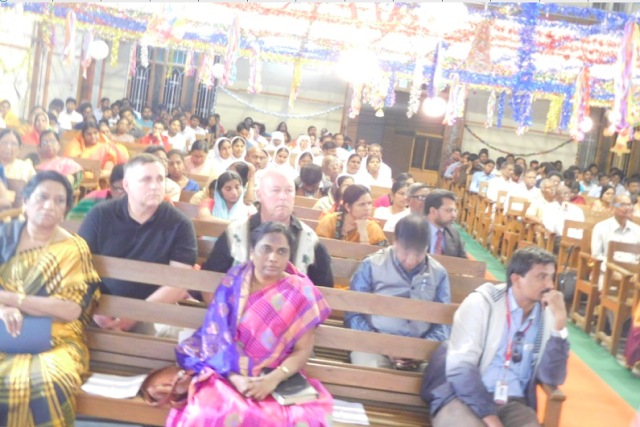 The Federation of Telugu Churches (FTC), a fellowship of Bishops and Church-Heads of major Christian Denominations in the Telugu States of Andhra Pradesh and Telangana, organised an Ecumenical Worship Service for Christian unity on the Ecumenism Sunday Jan. 22, 2017, at the Lutheran Church, in Hyderabad. The intention of the Worship Service was to observe the Week of Prayer for Christian Unity as well as to commemorate 500th Anniversary of Reformation. 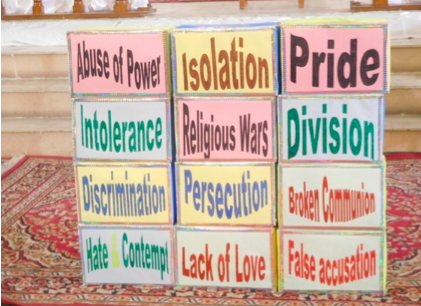 The theme of the Worship Service was: “Reconciliation – The Love of Christ Compels Us” (cf. 2 Cor 5:14-20). Most Rev. Dr. Thumma Bala, Archbishop of Hyderabad and President of FTC, led Worship Service. Fr. Dr. Anthoniraj Thumma, Executive Secretary of FTC and TCBC Commission for Ecumenism, gave the introduction recalling the visit of Pope Francis last October to the headquarters of Lutheran World Federation (LWF) at Lund, Sweden, to jointly inaugurate the commemoration of 500th Anniversary of Reformation with the President of LWF. 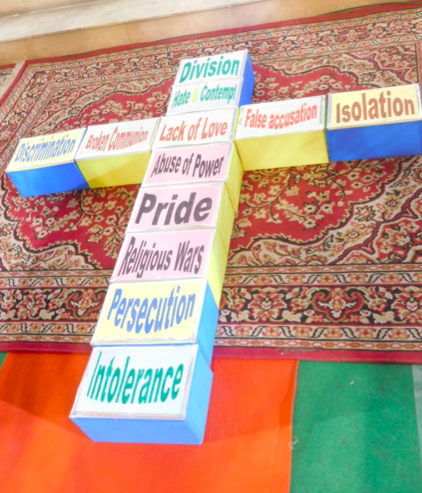 Rev. Yesu Ratnam Devarapalli, Parish Pastor of local Lutheran Church, welcomed the gathering consisting of members from various Denominations, Pastors, Fathers, Sisters, and staff and students of St. John’s Regional Seminary and Andhra Christian Theological College (ACTC). The Worship Service jointly prepared and published by the Pontifical Council for Promoting Christian Unity (RCC) and the Commission on Faith and Order of the World Council of Churches (WCC) was followed translated into Telugu, using the symbol of building a stone wall of sins of division and breaking it to make a Cross, and the symbol of passing on of the lighted candles to all. 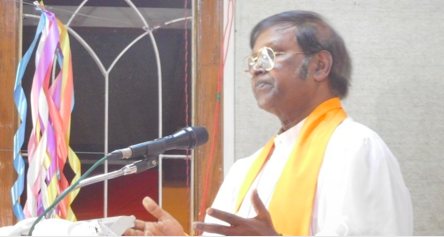 Sermon was delivered by Rt. Rev. Dr. P. Surya Prakash, CSI Bishop Emeritus of Karimnagar and Former General Secretary of FTC. Recalling the milestones in the Ecumenical Movement and some agreements reached, he concluded stressing “only the love of Christ can unite us”. Rt. Rev. Dr. Ernest Komanapalli, Bishop of Rock Church and Senior Member of FTC, gave vote of thanks making a mention of his meeting with Pope Francis and the ecumenical festival organised by him at Hyderabad some years ago.  On behalf of Andhra Evangelical Lutheran Church (AELC), Rt. Rev. Dr. Ch. Elia, Bishop of Central Guntur Synod, thanked the Bishops, Pastors and all the participants. He assured to organise a large ecumenical event in Guntur, which is the headquarters of AELC, to commemorate of 500th Anniversary of Reformation and foster the unity of the Churches.(Reported by Fr. Dr. Anthoniraj Thumma, Executive Secretary of FTC and TCBC Commission for Ecumenism,Secunderabad, 24-01-2017)\