The theatre of absurdity- Varghese Pamplanil 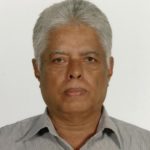 Of late I am a bit perplexed by the articles published in Almaya- sabdam (Church Citizens Voice) which was started as the mouthpiece of Kerala Church Reform Movement (KCRM) .

The movement seems to have been behaving like Don Quixote riding his horse Rocinante and charging at the  windmills in the company of Sancho Panza. The clerical class knows jolly well that the most penchant critic will lick its boots and other places for admission to the educational institutions under its control, will seek its mercy when for church weddings and such other “oppirukal”. The labourer’s lost by the reformists has been achieved by the intercession of St. Covid- 19 in a jiffy. Long live Coronavirus; let thy kingdom come.

One upstart pretender having elephant sized ego addresses the Ambassador of Vatican to India – the  Papal Nuncio, “ji” as if he were a “bhya-ji“ selling “pav-baji”.  This gentleman may have heard of the saying “ped may rahanawalla girgid ko ped hilana nahi skatha”;  in Malayalam “onthu kulukkiyal  marram kulingilla”.

Many seem mighty concerned about about the reported murderers committed in Mysuru or some such “uru” by a rogue  womaniser bishop as if it was an isolated event in the “Holy (?)” Catholic Church. Thousands and thousands of such things happen in God established (?) “UNHOLY CHURCH? They are made accountable in U. S. A., Australia and other such countries. But in our cow worshipping nation, the Holy Cows are let loose scot-free.

Right under our nose in our Mad Dogs Own Country, f..k..r..’s seem to have free runs  with sexually unsatisfied women who are tossed around like Dunlop pillows from one “vikarijeevi’s couch to another “vikarijeevi’s bed. Some His Excellency/His Eminence appear to have been sitting over the red hot sulphur fume emitting cauldron nonchalantly for ages as if nothing had happened. His butt  did not seem to have  scalded. Or was he having a slumber Rip Van Winkle style?

There are reports of a young noviciate nun being murdered  after rape, probably by a ‘so called” celibate rogue and her private parts pressure washed to remove telltale marks of forced sex. By this inhuman dastardly deed the soft tissues of her genetic organ have been  smashed up and pulverised beyond recognition.

There are also reports of cold blooded murder of a parish priest and dumping his dead body into the well close by to the Church to which he was the vicar.

The aesthetic alter of a Cathedral was recently wrecked wantonly to make way for the installation of the Persian Clover Cross associated with Manichaeism. This Cross was re-baptised and nick named  “Martthomma Kurish." What a Crazy Cross, that is my countrymen?

Hope Dennis, the Menace will not do a Mad Hatter act again.