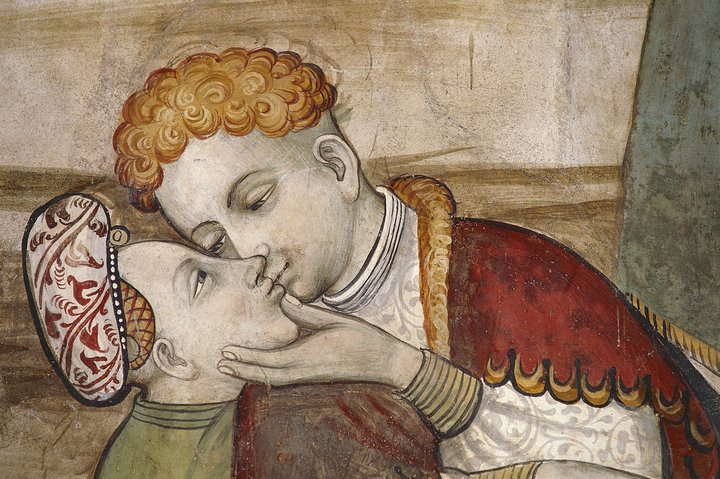 We are familiar with the Sadhu, usually a saffron robed ascetic or mendicant. Till not so long ago most Sadhus had little or no worldly possessions, living simple and frugal lives. Maharishi Mahesh Yogi may have been the first to break the stereotype with his Rolls Royces and the stereo music of the Beatles. Madhu is Hindi for honey. This word has also assumed a different connotation with the expression – Honey Trap.

It refers to a woman seducing a man in order to extract favours or classified information. During the First World War the most famous, or notorious, case was that of Mata Hari, the 5’10” Dutch spy for the French; who was also believed to be a double agent and executed on 15/10/1917. The other case was closer to the Maharishi’s time in the 1960s; Christine Keeler and the Profumo Scandal in England, at the height of the Cold War.

For the church in India honey is suddenly the flavour of the season, with some writers and commentators accusing the Madhus of entrapping the Sadhus. The former are being portrayed as the villains not the victims of the piece; thereby greatly disturbing the peace of Christ.

Why have so many Christian “Sadhus” allegedly got trapped by the Madhus? I see three reasons for this sudden spurt – (i) The question of celibacy (ii) Our attitude towards women and (iii) Unbridled power. Together they form a heady cocktail, with or without honey. Let us examine them one at a time.

The Catholic Church insists on celibacy for its priests. Why should this be a sine qua non for the clerical state? How much weightage does it have in Sacred Scripture, the history of the Church and the complexities of modern life? At the very beginning God said that it is not good for man to be alone. He needed companionship that was intrinsic to his human nature (cf Gen 2:18). In the Judaic tradition there was no such thing as celibacy. There was not even any word for it. Which is probably why Jesus had to use the word Eunuch (certainly not the best choice of word today, with the LGBTQ.. breathing down one’s neck).

Celibacy is today considered the norm for the Catholic priesthood. But my reading of what Jesus said would indicate that this was meant for a very select group. Jesus indicates that only a few are called (cf Mat 19:11-12). He could as easily have said “If you want to be perfect as your heavenly father is perfect, then be celibate”. He said nothing of the kind. Of his 12 apostles it is believed that John was the only one who remained unmarried. Rather, one of Jesus’ first miracles was the healing of the mother-in-law of Peter, the first pope (cf Mat 8:14).

The issue of celibacy arises when Paul in his first (actually second) letter to the Corinthians, advises the unmarried to remain so (cf 1 Cor 7:1), unless he cannot control his desires (ibid 9)! He even advises married persons to refrain from sexual relations. Before we read too much into his exhortation let us see what he himself says about it. Firstly, he admits that it is his personal opinion and not from the Lord (ibid 25). Secondly, he bases his appeal on the erroneous belief that the world was soon ending. He was way off the mark. It was definitely not what the Lord wanted him to say. If some zealous souls would still believe in Paul’s exhortation, let them read on. He also asks people to stop buying property (ibid 29-31). Imagine Catholic bishops or priests putting a moratorium on buying property or collecting pastor’s funds!

What of the history of the Church, or rather that of the papacy? While now referring to various popes the number in brackets is their chronological number. St Hormisdus (52) was married and even his son Silverius (58) became pope. John XII (130) was just 18 when his influential father made him the pope. He was a debauch who was murdered by his mistress’ husband. John XI (125) was the illegitimate son of Sergius III (119). Clement IV (179), a Frenchman, was married with two children before his ordination. Paul II (216), who had many illegitimate children, was the one who called the Council of Trent in 1545 to counter the Reformation of Martin Luther.

On the other hand Pelagius (63) promoted celibacy in the 6th century and St Sergius I (84) and Constantine I (88) resisted the demand of Emperor Justinian to allow priests to marry.

What of contemporary church teaching? Even though it still prescribes celibacy for priests, Vatican II warns of the dangers of loneliness and recommends community life, and priests should not be sent singly to new areas, but in twos or threes (cf P.O. 8,10). Canon Law even warns that the Eucharist should not be celebrated alone, where nobody else is present (cf Can 906).

Celibacy may be the exception not the rule for discipleship, but even those who do embrace celibacy are expected to live a community life. I don’t see that happening in our parishes, where each priest is master of all he surveys. They seldom eat, pray or recreate together. So where is the community life? Even priests from Religious Orders are giving this cardinal precept the go by.

Small wonder then that the Sadhu finds solace in Madhu. More so today, when porn and erotica are easily accessible to those to those living behind closed doors. The temptation is too strong. If a priest enjoys good food, drink, clothes, cars and bikes he is not far from seeking fulfilment of other desires as well. Simplicity and austerity seem to be things of the past. A seminary professor once said to me that most priests are celibate either because of lack of circumstances or fear of consequences. Living alone, as most priests do today, these deterrents have become infructuous.

We have also been told that poverty, chastity and obedience are evangelical virtues with eschatological witness value. But today not many are bothered about what they will be in the next life. Poverty is no longer considered a virtue. Obedience is nebulous, especially for the rebellious. Chastity/celibacy are impossible to prove. It is therefore high time that the Catholic Church seriously reconsiders its insistence on priestly celibacy.

What of the Indian male’s attitude towards women? Many years ago a catechist friend told me that a woman is looked upon as either a “Pagri ka phool ya chappal ka dhool” (the jewel in the crown, an asset to boast of; or the dust on one’s sandals to be shaken off like a use and throw disposable). On a recent FM Radio show I was asked to give some advice for today’s youth. I said that increasing cases of sexual assault/ molestation were because we looked at women as a vastu (object) rather than a vyakti (person). We are brought up to believe that “Ladka khaye malai, Ladki kare silai” (the boy should get the cream, preferential treatment, while the girls should be restricted to mundane tasks like stitching or cooking).

Modern life has accentuated the divide between the sexes. Formerly one needed physical power and prowess, like that of the warrior, hunter or ironsmith, as exemplified by Tubal Cain the “instructor of many craftsmen in bronze and iron” (Gen 4:22). Such job profiles have become redundant now. A woman can as easily fire a missile, arrange for food, or operate heavy machinery and assembly lines. Even sitting all day in front of a computer screen comes easier to a woman with her diffused energy, than a man with his erratic bursts of energy.

Women are excelling in competitive exams, the job market, academics and sports. This leads to anger, resentment and revenge. The only area where a man still finds himself the master is by exercise of brute power through sex. This is in no way a justification, but only an analytical explanation of what is happening. Analysing a problem is halfway towards finding a solution.

This brings us to the third aspect, of power. St Thomas Aquinas had identified three types of pride – that of the senses, the intellect and the spirit. The same may be said of power. In the case of Catholic “Sadhus” they are prone to all three – power of the senses by virtue of having more authority, power of the intellect by being a “sab jaanta wallah”, and pride of the spirit by being “holier than thou”. This then is an unmitigated recipe for disaster.

Pride comes before the fall. That is what seems to be happening. All of us, men in particular, need to recall the words of Jesus, “”Learn from me for I am meek and humble of heart”. Then, and only then, will the Sadhu not get entangled with Madhu.

* The writer has several years of experience in working among youth, vocation promotion and houses of formation.