The Priest Who Moved the Holy See 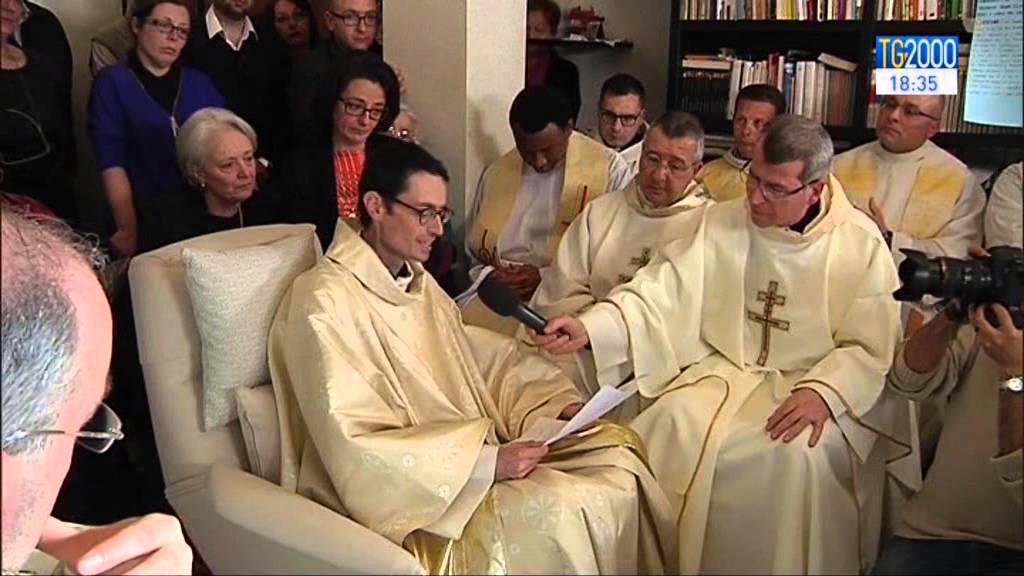 Trani, Italy,(CNA/EWTN News).- The life of Father Salvatore Mellone, who died on Monday, was moving to thousands of people. He was to have at least two more years of seminary when he was diagnosed with terminal cancer, but by special permission and the blessing of Pope Francis, he was ordained nevertheless.

Fr. Mellone, who died June 29 at the age of 38, had been a priest of the Archdiocese of Trani-Barletta-Bisceglie for two and a half months. With his failing health, he was able to say Mass daily, baptize a child, and console the other sick persons at his hospital.
Two days before his April 16 ordination Fr. Mellone received a phone call from Pope Francis. “The first blessing that you’ll give as a priest, you’ll give to me. Salvatore, I’m with you. You ‘ll be ordained and you’ll celebrate Mass,” the Pope assured him over the phone.
At his ordination, Fr. Mellone said, “Today I feel myself carried on the shoulders of Christ; and as a priest I’ll wear the stole with Christ, for the salvation of the world. Moreover, to celebrate just one Eucharist, for me will be a real participation in the priesthood of Christ.”
Fr. Mellone's funeral Mass was said June 30 by Archbishop Giovanni Battista Pichierri of Trani at Most Holy Cross parish, where the priest was ordained.
A statement from the Trani archdiocese shortly after the priest's death noted that he had a recurrent expression for “the many people who came to visit him over the last few months: 'to be a priest is beautiful.'”
“Despite his illness, he always warmly embraced everyone who came to see him. He listened to what everyone had to say. He consoled everyone.”
According to the archdiocese's statement, Fr. Mellone was born in Barletta, fewer than nine miles from Trani, on March 9, 1977. Both are located in Italy's Apulia province, on the coast of the Adriatic Sea.
He came from an observant family, and was deeply involved in the life of the Church as a youth, entering seminary in 2011.
“Within the community he became a man of prayer, of deep spirituality, and of great cultural openness,” the archdiocese recounted. “During the last year Father Salvatore spent a lot of time in hospitals and despite his heartbreaking pain, he always found the time and the right words to encourage and inspire hope.”
“During the last days of his life, when his sight was going bad, he said that he had learned to pray with nature. With his weak voice, he constantly prayed to the rhythm of life that came into his room from the balcony,” the statement concluded.