The modern world’s biggest challenge, according to Benedict XVI 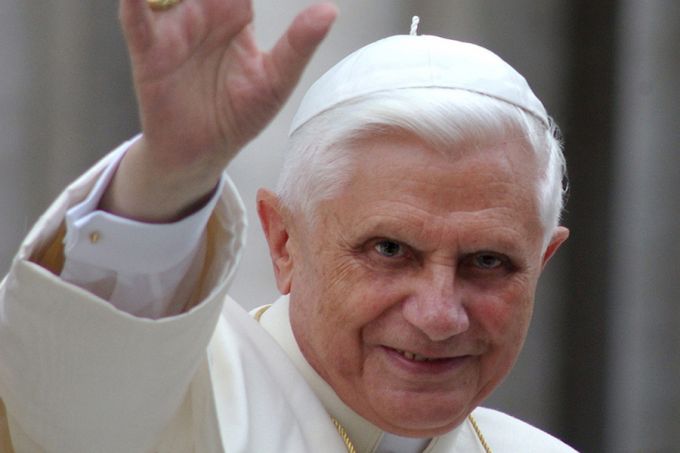 By Andrea Gagliarducci.Vatican City, Aug 27, 2015 / 06:01 am (CNA/EWTN News).- Benedict XVI considers the quest for God to be contemporary society's foremost challenge, according to one of the emeritus Pope's former students, who has organized the annual meeting of Ratzinger's students to discuss that very topic.

The Ratzinger Schuelerkreis will gather Sept. 28-30 to discuss the theme set them by their former professor. The group has gathered to discuss topics in theology and the life of the Church since 1978, shortly after their mentor was pulled from academia to become a bishop.

“Benedict XVI identified, from his earliest theological studies, a faith in the progress of man which he deems to be an ideology,” Fr. Stephan Horn told CNA.

In reply to that ideology, Fr. Horn said, Benedict has maintained that “the center of history is the living God who opened himself in Jesus Christ, and true progress is found in faith.”

Fr. Horn, a Salvatorian, was Ratzinger's academic assistant at the University of Regensburg from 1971 to 1977, and is now organizer of the annual Schuelerkreis meeting.

He related that the 40 or so members of the Schuelerkreis form a sort of “theological family,” and that in addition to the historial nucleus of the group, there was formed in 2008 a secondary group of younger theologians who have studied Benedict's thought in-depth.

The idea for the annual meeting arose in 1977, when Ratzinger was appointed Archbishop of Munich and Freising, and when he moved to Rome in 1981 to take up the post of prefect of the Congregation for the Doctrine of the Faith, it continued.

Since his 2013 resignation, Benedict has not attended the Schuelerkreis, except to say Mass for the group at its conclusion.

However, the Pope emeritus closely follows the works of his former students, and personally chooses the themes of discussion from among a set of three which the members of the Schuelerkreis present to him at the end of each annual gathering. In recent years, they have focused on the theology of the cross; the question of God amid secularism; and ecumenism.

Fr. Horn said Benedict “did not explain in-depth the reasons why he asked us to discuss ‘Speaking about God in the contemporary world’, but is evident that to him the Word of God is the true need of today’s world, and that the Church needs to find new ways to speak about God.”

Fr. Horn underscored that “today’s culture itself makes speech about God necessary, as there is a different trend – that is, speaking only about what man can do, about the so called ‘homo Faber'” and so there is a need for “a new way to search for truth and to meet the great challenges of modern man.”

According to Fr. Horn the search for new means to speak of God has been at the core of Benedict's theological work since the Second Vatican Council.

The emphasis on liturgy was further developed by Ratzinger when he was appointed Archbishop of Munich and Freising in 1977.

“During the years he was the Archbishop of Munich, Ratzinger focused also on liturgy, according to what he had developed in the previous years as a professor in Regensburg, when he tried to foster a way to translate the language of the faith for contemporary man,” Fr. Horn stressed.

Fr. Horn also higlighted that as Pope, Benedict emphasized the education of priests and the people of God, and he created a sort of “catechumenal theology.”

“Ratzinger has always thought that the search for truth does not merely come from an intellectual action, but it is rather one of the ways of life. And so theologians must be beside the catechumens – that is, all who are on a Christian path – speaking with them, developing theology and faith.”