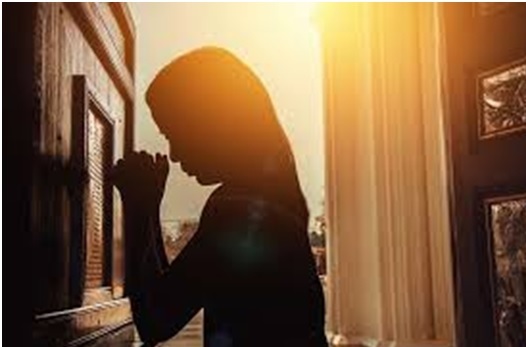 In the wake of the confession-related scandal in Kerala, the NCW chairperson has suggested that Confession should be banned. The Churches have vehemently opposed the suggestion, naturally; the BJP government, through its Minister Alfons Kannanthanam, has distanced itself from it.

I agree with the Churches. We have a tendency to jump to a ban whenever there is a misuse or perceived misuse of something. The NCW suggestion is as bad as a suggestion that there should be a ban on pilgrimage to Amarnath because many people die during the journey or because some pilgrims are duped by unscrupulous characters. If people want to go to Confession, it is their freedom.

What is needed is not a ban but education. We have known for a long time that priests can and do use confessional information. Now it has come out in the open in a dramatic and tragic way. But we should know that even while adhering to the letter of the confession-secrecy rule, a priest can use confessional secrets for his own ends as the following story illustrates.

A person was murdered. A neighbour was arrested and tried for the crime. Based on strong circumstantial evidence he was sentenced to death. While he was awaiting the gallows, another neighbour went to confession and told the priest that actually he had murdered the man because he had an eye on the man’s property. When the priest asked him how another man was found guilty by the court, he told him that he had cleverly planted those circumstantial evidences. The priest absolved the murderer of his sin and sent him away with 3 Our Father and 5 Hail Mary.

He devised a plan. Since the actual murderer and the priest used to socialize occasionally, the priest invited the man for drinks and dinner at a restaurant. After an hour of shooting breeze the priest said “You know, I am amazed at how you managed to deflect any suspicion away from you for that murder and cast it on the other guy. How did you manage such a thing?” Since the man had a few pegs in his belly, he was in an expansive and boastful mood. He was only too eager to impress the priest with his cleverness. He told the priest in detail how craftily he had planted evidence to implicate the other neighbor. After dinner they parted as good friends.

Now the priest had information which was not received in confession and, therefore, could be disclosed to the police without breaking Church Law. A retrial was ordered and the actual murderer was sent to the gallows.

Nothing new here, detectives and spies use similar ploys often. Why not priests?

Then there is the question of whether confession violates a person’s right to privacy. I do not think so. No one physically forces the faithful to go to confession. People confess their wrong doings to the priest on their own accord. When people disclose information about themselves voluntarily, there is no infringement of privacy. The coercion is moral and emotional; so the solution is to help people to make themselves immune to this kind of spiritual pressure by realizing that there is nothing called sin and confession is no solution to wrong doing. It is the priests who have instilled in us the idea that Confession absolves us from all kinds of crimes. The priests have made it a mandatory condition for going to heaven; it is no more voluntary.

It is like what happened with the Aadhar Card. Initially getting an Aadhar Card was voluntary. Only those who wanted to avail of subsidized welfare benefits needed to get an Aadhar Card. People could refuse to get one. No coercion there. Problem is that the government began to extend the Aadhar tentacles making it mandatory for everything. The other day my son had to have a blood test done for taking an insurance policy. After the man took his blood he asked for my son’s Aadhar copy. For what? For identification. The man had a vial of my son’s blood in his hand, but that is not enough proof of identity. Aadhar is thicker than blood. A time will come when you will be asked to swipe your Aadhar Card to use the public toilet. This is where the danger is.

Banning or complaining about privacy-infringement is not the solution to confessional misuse. The solution is education and enlightenment.

In a recent scholarly article Mr. Varghese Pamplanil has shown that auricular, private confession to a priest has no biblical or historical basis, that it is a later invention of the Church as a tool for control and sometimes sexual gratification for members of the clergy.

Let us see how irrational the idea of Confession is.

We are told that we need Confession to get forgiveness for our sins, otherwise we will go to hell. This is because, we are also told, that when we commit a sin we offend God. Can we offend God? No, God cannot be offended because He is supposed to be Immutable and Unchanging. His beatitude is not dependent on what humans or black holes do. Humans can be offended, hurt, harmed, praised and thanked, not God. We have created a god in our own image and likeness.

I have shown in my book ‘BEYOND GODS AND SCRIPTURES’ (page 61) that committing a mortal sin, defined as offending God and deserving hell, is a metaphysical impossibility.

The pity is that when we hurt, harm or cheat another human being – be it our spouse, sibling, customer or the toll attendant – we do not think we have offended God needing Confession; we justify it with some rationalization. It is only when we violate some archaic and arbitrary Cannon Law or refuse to follow some irrational Church dogma, that we think we have committed a sin and need confession and absolution. The Churches have been telling us that by these latter actions we offend God, not by the former. Churches do not emphasize that we need to confess to a priest if we muscle our way to the front of the queue, bribe a traffic cop after jumping the red light, demand bribe for doing our duty or cheat on our taxes or evade taxes altogether. All these harm another person or society. But the priests will tell us that we offend God if we skip Sunday Mass or yearly Confession or marry a non-Catholic without the bishop’s permission, all of them purely arbitrary Church rules.

On the one hand priests tell us that God is Unknowable and Incomprehensible and it is arrogance on our part to understand anything about God with our puny intellect; on the other hand the same priests give us a long list of “sins” which will offend God and rouse his fury. How do they know this about a God who is Unknowable? The ecclesiastics seem to have received some secret revelation which is denied to us ordinary mortals.

Have we not known Christians, devout church-going ones, respected members of the parish who faithfully attend Sunday services and reverently listen to the homilies, and then go out there and cheat in business, evade tax or accept bribes? Probably no preacher told them that these actions offend God. It could even be argued that confession abets wrong doing. If I know that I can commit any crime and can have my soul made snow-white later by telling a priest, why not? Politicians and businessmen can amass wealth through corruption and crime; then donate a few crores to Tirupathi, take a dip in the Ganges or make a pilgrimage to Lourdes and their sins are washed away.

Suppose I am a businessman and cheated a customer of five lakh rupees. In doing so I did not harm God, I harmed that customer. How is repenting and confessing to a priest sufficient reparation for it? The only reparation is going back to that customer, confessing and apologizing to him and giving back the five lakh with interest. Once I have done that, the debt is paid and forgiveness obtained. Going to a priest is neither necessary nor sufficient, nor is dropping a five-hundred rupee note in the collection box sufficient. Confession will only make me vulnerable to possible blackmail.

That is why the New Testament and the early Church talked about confessing to one another or in front of the community because by committing “sin” I harm another person or society, not God.

This is what we need to understand, that we do not offend God, we offend our fellowmen and forgiveness has to be obtained from the offended person or his kith and kin, not from God or from a priest, that reparation has to be offered to that person, not to God or to the priest.

And be sure our priests will not educate the people; they are the ones who invented sin and Confession because they need them.

I would welcome your comments.

(In a later article, I shall try to show why Churches and priests need sin and Confession).

* Mr Joseph Mani, the author of this article and the book BEYOND GOD AND SCRIPTURES, is a B.Sc. & M. Sc. in Physics and MBA from IIM Ahmedabad and has also done his studies in Philosophy, Religion, Literature and Linguistics.  The 299-page book is priced at Rs 350/- and is published by Notionpress.com.  It is available online from Amazon.com.  The other books written by the author are: Why can’t you be normal like me – Understanding oneself and others through the Myers-Briggs-Type Indicator (2009) – The Bombay St. Paul’s Society and Three Talented Men – Lessons in Leadership through Stories (2014) – Patridge India, New Delhi.