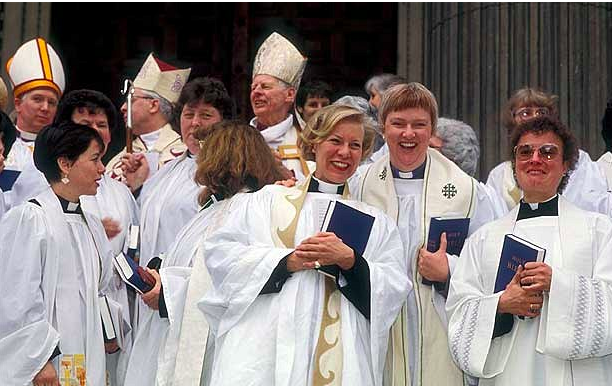 “New Wine requires new wineskins,” new visions and liberative insights cannot be contained in old structures. This was the realization that struck us during our critical theological reflection on “The Common Priesthood of Women,” which was the theme of the annual meeting of the Indian Women Theologians Forum, held at Papal seminary in Pune, India, from 17th to 19th April 2015.

Recalling the commemoration of the institution of the priesthood on Maundy Thursday, led us to ask: Did Jesus really institute the ministerial priesthood or was his celebration of the Passover meal the culmination of his ministry through symbolic gestures like washing of the feet, breaking of the Word and bread and entrusting his disciples to carry on his mission of bringing about the reign of God?

It is evident that Jesus did not belong to a priestly family nor did he use the term “priest” for himself or his disciples. On the contrary he vehemently opposed the cultic priestly structures of domination and oppression of his time. Jesus’ horizons According to Exodus 19 Israel as a whole community was considered a priestly people. In the New/Second Testament, the term “priest” Hiereus (Gk) and Sacerdos (Lat) is used for Christ alone (Heb 7:15), and for the Christian community as a whole (1Pet 2:5) by virtue of their Baptism.

The followers of Jesus, both men and women, lived their discipleship through witness and various ministries like teaching, healing, prophesying and service to the community which later was interpreted as the exercise of their ‘common priesthood.’ In the early Church women shared in decision making and had leadership and liturgical roles in the community  (Acts 18: 26, 21:8-9; Rom 16).

Tracing the history of the ministerial priesthood in the church, we see that it has evolved in the context of the Church’s self understanding in relation to the Roman Empire and the cultic priesthood of ancient Israel. The leaders of the Christian community adopted its titles of leadership, power and respect from the surrounding cultures. Consequently Christian leadership came to be designated using the term “priest.” With the introduction of the Levitical paradigm as a type of Christian office and the consequent revival of the purity laws in relation to priesthood, women came to be totally excluded.

On examining critically the existing hierarchal structures of the Church based on the ministerial priesthood, we find this to be a significant deviation from what Jesus envisioned for his community of equal discipleship. We feel the need to explore further and find new ways of growing as a prophetic and witnessing community according to the vision of Jesus.

This vision of Jesus for the Church as an inclusive community of discipleship of equals, which will be instrumental for initiating the Reign of God is like the ‘new  wine’ which requires ‘new wineskins.’ Realization of this vision will involve:

 Uprooting the hierarchical and patriarchal mindset from ourselves and our communities

 Choosing leaders for Christian communities according the criteria deployed by the early Church, like selecting persons filled with wisdom and the Holy Spirit (Acts 6:3)

 Celebrating ‘inclusive table fellowship' in the family which is the domestic church as well as in Small Christian Communities which are the “house churches” of today, where sharing experiences of joys and sorrows can help create bonds of support and solidarity, thereby building family and community

 Recognizing the varied ministerial services exercised by all the people of God  like Coordinators of Small Christian Communities,  Ministers of the Eucharist, Ministers of the Word, Ministers of  healing/teaching/social outreach/ justice and the like, as  equally valued and  effective ways of realizing the vision of Jesus.

Through this, we dream of birthing a new vision of being the Church with structures which are collaborative, participatory and inclusive without distinctions of class, caste and gender. This will help the Christian community to become the ‘new wineskin’ that can hold the ‘new wine’ of the Reign of God.