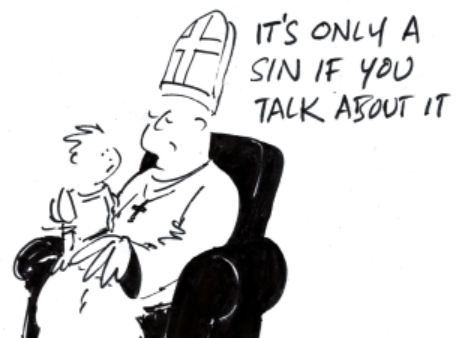 How did it happen that the Catholic tradition came to find that sexual desire is sinful ?

How can the human species as well as other creatures survive and sustain on earth without the fusion of the male and female genes? How can this majestic wonder of nature be labelled as sin if done without the explicit sanction of the Church?

Why this ‘do’s’ and ‘don’t’ dictates to the faithful how to conduct themselves in their bed rooms?

What is implied by calling nuns ‘brides of Christ’, Jesus ‘bride groom of nuns’,’ heavenly bride groom’, heaven the ‘bridal chamber’ and the Church ‘ the bride of Christ’. Are not these sexual motifs

In viewing human sexual orientation unapproved by the church as a decease, is it not the Catholic Christianity trying to act as good physician offering spiritual medication and the discipline that alone can cure it?

“ Sexuality is not mere instinctuality; it is indisputably a creative power that is not only the basic cause of our individual lives. But a very serious factor in our psychic life as well” ( Carl Jung)

“Telling us all the sins we are capable of performing with our sexual organs does not enlighten us about our sexuality. Those who reduce a mystery to a problem are guilty of ‘intellectual’ perversion. (Mathew Fox)

Has not the time arrived for the Church to jettison its obsession with human sexual orientation and instead concentrate on problems that really bedevil humanity?

Does the Church arrogates itself as the sole arbitrator of marriages conducted all over the world?

“ How did it happen that the Christian Church which proclaims the infinite value and moral freedom of each individual came to insist that the human kind, made in God’s image, cannot chose not to sin”