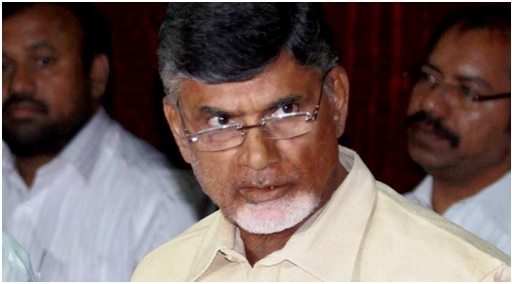 (Note:  Modi’s publicity machinery can succeed to fool the ordinary people in the short term, not always and everywhere. That is how he won his Prime Ministership.  But  when he started changing goal posts or failed to keep promises people began to see through the fraud which accounted for his defeats in Delhi and Bihar. The same thing is happening to his much publicized demonetization. Naidu’s outburst is a clear proof that even his close associates are upset or distancing themselves from Modi who feels the pain due to which he changes goal posts to save face. Let us hope he makes radical course correction not to alienate the voting public when the time comes. james kottoor, editor)

When Prime Minister Narendra Modi announced the demonetisation scheme on November 8, Telugu Desam Party head and Andhra Pradesh Chief Minister Chandrababu Naidu was among first few alliance partners of the ruling NDA who came out in support of the move.

But after 40 days of the announcement, Naidu lambasted demonetisation crisis managers saying that the people who were supposed to manage the crisis due to demonetisation are “incapable of doing anything”. He sharply rebuked the RBI saying the central bank has also not been able to do anything.

Naidu’s TDP is one of the more prominent allies of the BJP in the NDA. The Andhra CM is also the head of a 13-member central committee set up to look into demonetisation issue. PM Modi had said that things will become normal in 50 days of the scheme. But the ground reality seems far from what was promised by the government. The troubles for people due to the exercise have not gone away. New orders and regulations come every other day and the country has been left in a state of confusion and desperation. In such a time, even TDP’s Andhra Pradesh has been reeling under the cash crunch.

On November 8, the decision to demonetise 86 percent value of currency in circulation was welcomed with uncertainty by the country. The uncertainty has, over weeks, given way to anger and frustration. PM Modi has been absorbing the criticism coming his way on his decision. Senior leaders from his party and other allies have hailed the decision as “historic” and a “game changer”.

Even Naidu claimed a ‘moral victory’ after the announcement was made. However, now that he and TDP are taking back steps, it seems that not everyone is happy with demonetisation, or at least its management, in the NDA. This puts the NDA on weaker grounds as the PM makes a pitch for maximum shift to less cash economy and end to black money

After coming out in support of demonetisation initially, Andhra Pradesh Chief Minister Chandrababu Naidu on Tuesday did a volte-face saying that this is not what they wished for, only to issue a clarification later that media reports were "misleading the country."

It was earlier reported that Naidu had said that the solution to problems arising out of the note ban still remained elusive even 40 days after the step and it was not what he wished for. The U-turn was deemed significant as Naidu was one of the first non-BJP leaders to support the Narendra Modi government's move.

However, according a report in News 18, he has now refuted such reports and clarified that his comments were misrepresented and he continues to believe that the note ban is a “good decision, although implementation challenges exist.”

“All that the chief minister had said was that post demonetisation, it was taking time for normalcy to return and that he is having to spend time resolving issues,” Naidu’s son and TDP youth wing leader Nara Lokesh told News18.

ANI also tweeted Naidu's clarification stating that he only "expressed concerns over suffering of people."

Naidu's comments had ruffled feathers in the ruling dispensation, especially because he's an NDA ally and heads the 13-member  committee appointed by centre to review demonetisation related issues,