Synodality vs. coresponsiblity? Cardinal Müller: They have driven Jesus out of Amazon Synod 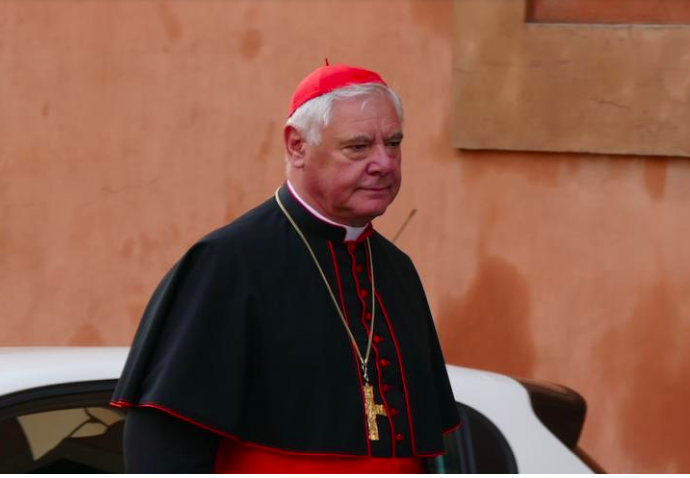 Bishops in Germany have always been in the forefront of Chruch reform. It is Pope Francis who introduced the concept of ‘Synodality’ in the Church. In essence it is the practical implementation of ‘Coresponsibility’ introduced by the Vatican Council.

Coresponsibility means that the Pope has to act, not as a one-man dictator, but  in consultation with his Episcopal fraternity. Pope Francis has expanded on it saying that ‘Synods’ of bishops in  particular countries can act independently in certain matters, to be decided by the Pope.

Tension due to German thinking

Here the German bishops led by Cardinal Marx, seem to say, that for the Church in Germany the decisions arrived by the German bishops’ Synod would be final, even in matters of celibacy for priests, ordaining mature men or women, even when the Pope or the universal Church has not taken such a stand.

So there is acute tension between the thinking in Germany and in the Vatican, which of course will be resolved amicably for the common good of the whole Church, is our view. james kottoor, editor CCV

Please read the Lifesite report below!

October 8, 2019 (L'Espresso) — The Synod on the Amazon has begun. "But it will have consequences for the universal Church," warns Cardinal Gerhard Müller, in a lengthy interview with Matteo Matzuzzi for the newspaper "Il Foglio," released on the very day of the opening of the work.

"If one listens to the voices of some of the protagonists of this assembly, one understands easily that the agenda is entirely European." European, and above all German. Also in Germany, in fact, there has been launched a "synodal path" that will take its cue from the Amazon in order to reform nothing less than the universal Church, a synod in which the laity will have numbers and votes on a par with the bishops, a synod whose resolutions will be "binding" and will concern the end of priestly celibacy, the ordination of women, the reform of sexual morality, and the democratization of powers in the Church.

It is an earthquake that, ever since it was announced, has sown disquiet in Pope Francis himself, who in June wrote an open letter to the German bishops to persuade them to moderate their exorbitant ambitions. In September, Cardinal Marc Ouellet, prefect of the congregation for bishops, wrote an even more pressing letter to them, rejecting as canonically "invalid" the synod set in motion in Germany.

And that Ouellet is acting in accord with the pope is beyond doubt. He gave evidence of this a few days ago when he said he was "skeptical" about the idea of ordaining married men — a key point of the Amazonian and German synods — and immediately added that "someone above me is also" skeptical. As for Francis, he decided to meet on September 25 with eight young catechists from northern Thailand, the leaders of small communities far apart from each other, visited very rarely by a priest who celebrates the Mass and yet averse to asking on account of this for the ordination of married men. "The kingdom of heaven belongs to the little ones," the pope told them, "deeply moved," in the account of "L'Osservatore Romano."

But the warnings Rome has given to Germany have so far had no effect. "Rome will not be the one to tell us what we have to do in Germany," Munich archbishop and German episcopal conference president Cardinal Reinhard Marx had already stated between the first and second session of the synod on the family. And that mantra continues to hold firm in Germany with the approval of most and the opposition of few, the highest-ranking of whom is the archbishop of Cologne, Cardinal Rainer Maria Woelki, who has gone so far as to decry the threat of a "schism."

"In Germany," Müller now says — he a German as well, although he does not govern a diocese and therefore is not part of the episcopal conference — "they almost want to refound the Catholic Church. They think that Christ is just a man who lived two thousand years ago, they maintain that he was not a modern man, they are convinced that he had none of their education. They therefore think that it is necessary to fill in these gaps and that it is up to them to act.

In a homily Cardinal Marx asked rhetorically: 'If Christ were here today, would he say what he said two thousand years ago?' But Christ is not an historical figure like Caesar. Jesus Christ is risen and present, he celebrates the Mass through his representative, the ordained priest. He is the subject of the Church, and his Word remains and stands true forever. Christ is the fullness of revelation, because of which there will be no other revelation. It is we who must seek to know it more and better, but we certainly cannot change it. Christ is unsurpassable and irreversible, and today this does not seem to be very clear at certain latitudes."

For Müller, this error is also present in the "Instrumentum Laboris," the base document of the synod on the Amazon: "a document that does not talk about revelation,  about the incarnate word, about redemption, about the cross, about the resurrection, about eternal life," but instead raises up in place of divine revelation, to be accepted as such, the religious traditions of the indigenous peoples and their visions of the cosmos.

In Aparecida, in 2007, Benedict XVI cautioned the bishops of the continent about this. "The utopia of going back to breathe life into the pre-Columbian religions, separating them from Christ and from the universal Church," he said, "would not be a step forward: indeed, it would be a step back. In reality, it would be a retreat towards a stage in history anchored in the past."

But he was overwhelmed with criticisms from theoreticians of "a new understanding of God's revelation" to be identified in indigenous peoples, and therefore without the desire to convert them. Among the most battle hardened was none other than a German theologian who had emigrated to Brazil, Paulo Suess, the inspiration of Bishop Erwin Kräutler, born in Austria, leading strategist of the synod on the Amazon, coauthor of the "Instrumentum Laboris" and proponent of the idea of having the Eucharist celebrated not only by "viri probati" but also by "married women who lead a community."

"But there does not exist nor can exist a right to the sacrament," Müller objects. "We are God's creatures, and a creature cannot claim a right from his creator. Life and grace are a gift. Man has the right to marry, but he cannot demand that a particular woman marry him by invoking a specific right. Jesus freely chose from among all his disciples twelve of them, exhibiting thereby his divine authority. He chose those whom he wished, it is God who chooses. No one can enter into the sanctuary without being called. Once again the secularized mentality prevails: one thinks like men, not like God."

"Priestly celibacy," Müller continues in the interview with "Il Foglio," "can be understood only in the context of the eschatological mission of Jesus, which has created a new world. It has been a new creation. With the categories of secularism one cannot understand the indissolubility of marriage, as also the celibacy or virginity of the religious orders. Nor, with these categories, can problems be resolved that have their origin exclusively in the crisis of faith.

This is not a matter of recruiting more people to administer the sacraments. A spiritual and theological preparation is needed, one must enter into the spirituality of the apostles, not paying attention to the secular agencies that advise much and on many things for reasons entirely in contrast with the mission of the Church. Spirituality is needed, not worldliness."

And Cardinal Müller also sees worldliness in the way in which part of the Church has sided with environmentalist ideology: "The Church belongs to Jesus Christ and must preach the Gospel and give hope for eternal life. It cannot make itself a protagonist of any ideology, whether that of 'gender' or environmentalist neopaganism. It is dangerous if this happens.

I come back to the 'Instrumentum Laboris' prepared for the synod on the Amazon. In one of its paragraphs it speaks of 'Mother Earth': but this is a pagan expression. The earth comes from God and our mother in faith is the Church. We are justified through faith, hope, and love, not through environmental activism. Of course, taking care of creation is important, after all we live in a garden willed by God. But this is not the decisive point. What is is the fact that for us God is more important. Jesus gave his life for the salvation of men, not of the planet."

To "L'Osservatore Romano," which has published an obituary for the Icelandic glacier Okjökull, which died "through our fault," Müller objects: "Jesus became man, not an icicle." And he continues:

"Of course, the Church can make its own contribution, with good ethics, with social doctrine, with the magisterium, recalling anthropological principles. But the Church's first mission is to preach Christ the son of God. Jesus did not tell Peter to concern himself with the government of the Roman empire, he does not enter into dialogue with Caesar. He kept himself at a good distance. Peter was not a friend of Herod or of Pilate, but he suffered martyrdom. Cooperation with a legitimate government is just, but without forgetting that the mission of Peter and of his successors consists in uniting all believers in faith in Christ, who did not recommend involvement with the waters of the Jordan or the vegetation of Galilee."(Published with permission from L'Espresso)