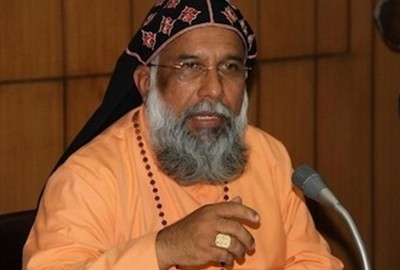 Cardinal Baselios Cleemis Catholicos, the president of the Catholic Bishops' Conference of India (CBCI),has said the recently concluded Synod on Family in Vatican will revitalise the Church in India.
Cardinal Cleemis, who took part in the synod, said on Oct. 26 that serious efforts would be made to strengthen the families under the Indian Church according to the publication of the 'Apostolic Exhortation' (official document) in view of the recommendations submitted to Pope Francis by the Bishops. He made this comment in his press briefing to the media just after the completion of the Synod in Vatican.
The Synod of Bishops on Family and Marriage in Rome concluded with a call from Pope Francis addressing members of the Church and of the wider society to work together to achieve this goal. The Pope invited those engaged in pastoral ministry to handle matters related to family with mercy and compassion, it said.
The Synod also discussed the pressures the families face due to abandonment of core values which knit the family life together in the society, it said.
On October 24, the Synod participants submitted a 49 page document with 94 propositions to Pope Francis after they had been voted by the official delegates. After evaluating each proposal, Pope Francis will publish an official document, which is known as the Post Apostolic Exhortation.
"One noteworthy element in the Synod was its openness to approach families with mercy and compassion since families are already struggling with various temptations," it said.
There were 270 Bishops, 55 laymen and experts under the leadership of Pope gathered for three weeks in discussing the role of families in the Church and society, it said. As many as 12 representatives from the sister churches also participated in the Synod. Indian Church was represented by three Cardinals, eight Bishops besides three lay people.
The representatives from India talked about the style of family life existing in the country and the spiritual basis which sustains and nourishes the families, it said.
Cardinal Cleemis Catholicos, who is also president of Kerala Catholic Bishops' Council, handed over an envelope to Pope Francis containing a special collection the Kerala Catholic Church took for the persecuted Christians of the Middle East, the release added.
Source: New Indian Express