Synod members should include Sensus Fidei 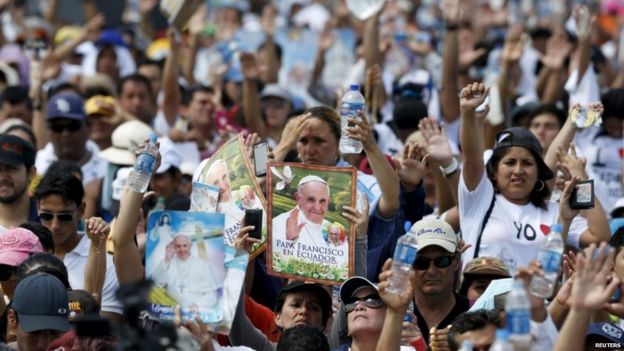 (Fr. Thomas Ivory is pastor emeritus of Presentation Parish in Upper Saddle River, N.J. He has previously served as spiritual director and rector/president of the American College Theological Seminary at the Catholic University of Leuven, Belgium, and as Newark, N.J., archdiocesan religious education director. The true essence of the Sense of the faithful, was propounded by Cardinal Newman. It consists in the truth that the Holy spirit works through all the baptized – the so called teaching and learning church – in the development Christian Doctrine. Just as the church is the people of God (clergy-laity division is man-made) Christian doctrine shines best when all are united in accepting and propounding the same belief. james kottoor, editor)


Pope Francis has called for new ways for the journey of faith of the pilgrim people of God. By exercising the collegiality envisioned by the Second Vatican Council, he has encouraged the Synod of Bishops on the family to participate in open discussions on the various issues. As we await the second session of this synod, it seems particularly valuable to benefit from the 2014 document issued by the International Theological Commission, "Sensus Fidei in the Life of the Church."
As a retired pastor who was blessed with the opportunity to study John Henry Newman for a doctorate in theology at the Catholic University of Leuven, it was a pleasure to read his insights on the development of doctrine and the sense of the faithful, revived in our era by this Vatican commission. In this short article without footnotes, and with modest credentials, the best I can do is to offer some highlights from the commission's document and recommend that the synod participants become familiar with its profound theological perspective.
In our Catholic church, we believe in the indwelling of the Holy Spirit within all the baptized faithful. By the gift of the Holy Spirit, all of the baptized participate in the prophetic office of Jesus Christ. As a result, the faithful have an instinct for the truth of the Gospel that enables them to recognize and endorse authentic Christian doctrine and practice, and to reject what is false.
The Second Vatican Council strongly emphasized the importance of the sense of the faithful, especially in the Dogmatic Constitution on the Church. Although distinguishing between the teaching church (ecclesia docens) and the learning church (ecclesia discens), the council affirmed that all the baptized participate in their own proper way in the three offices of Christ — as prophet, priest and king.
The council clearly taught that the laity are not merely passive recipients of what the hierarchy teaches and theologians explain; rather, they are living and active subjects within the church. All believers play a vital role in the articulation and development of the faith.
As our church moves through the challenges of history, we are confronted with new circumstances, with the progress of knowledge and culture. We have been asked to read the signs of the times, to interpret them in the light of the divine word and to discern how they may enable revealed truth itself to be "more deeply penetrated, better understood, and more deeply presented."
The sense of the faithful is not only reactive but also proactive and interactive as the church and all its members make their pilgrim way in history. The sensus fidei is therefore not only retrospective but also prospective, and both these aspects are highly important. The sensus fidei gives an instruction as to the right way forward amid the uncertainties and ambiguities of history, and a capacity to listen discerningly to what human culture and the progress of the sciences are saying. It animates the life of faith and guides authentic Christian action.
Vatican II's Constitution on Divine Revelation also evokes the sensus fidei in reference to the development of doctrine, namely that apostolic tradition "makes progress in the Church, with the help of the Holy Spirit."
Two of the ways in which this happens is "through the contemplation and study of believers who ponder these things in their hearts" and "from the intimate sense of spiritual realities which they experience." Newman, in his classic work "An Essay on the Development of Christian Doctrine" presents seven notes that can still provide the magisterium with criteria for discerning true development of doctrine.
In reviewing the biblical teaching and the development of the idea of the "sense of the faithful" in church history, the International Theological Commission highlights the contributions of Newman in the 19th century and Yves Congar in the 20th century, providing additional material for theological and pastoral reflection.

In particular, Newman's clear statement from his 1859 article "On Consulting the Faithful in Matters of Doctrine" is quoted to establish the authority of the magisterium in the process: "The gift of discerning, discriminating, defining, promulgating, and enforcing any portion of that tradition resides solely in the Ecclesia docens." Thus, while attention is to be given to the faithful and theologians, the authenticity of the sensus fidelium ultimately is the judgment of the magisterium. It is always, however, in the communion life of the church that the magisterium exercises its essential ministry of oversight.

With particular relevance to the synod discussion on issues of morality, the commission provides examples that illustrate the role of the "sense of the faithful" in the development of moral doctrine:
The openness of the church toward social problems, especially evident in Pope Leo XIII's encyclical Rerum Novarum (1896), in which lay "social pioneers" played a major role. In contemporary times, we have the Compendium of the Social Doctrine of the Church, now supplemented by Francis' Evangelii Gaudium and his teaching on the environment.
The development that led from Pope Pius IX's condemnation of "liberal" theses in his Syllabus of Errors (1864) to Vatican II's Declaration on Religious Liberty (1965) would not have been possible without the commitment of many Christians in the struggle for human rights.

Another example from the early church was the debate at the Council of Jerusalem that was resolved by the experiences of Sts. Peter and Paul with the influence of the Holy Spirit upon the Gentiles.

The theological commission is careful to distinguish between the "sense of the faithful" and public opinion. The commission assures us that the Catholic church is not afraid of discussion or controversy regarding her teaching. "Indeed she recognizes that fair and constructive critique can help her to see problems more clearly and to find better solutions."
The questionnaire distributed to the bishops of the world seemed to presuppose that the indifference to or rejection of doctrinal and moral decisions taken by the magisterium could indicate a lack of faith on the part of the people of God, caused by an insufficiently critical embrace of contemporary cultures.
"But in some cases it may indicate that certain decisions have been taken by those in authority without due consideration of the experience and the sensus fidei of the faithful, or without sufficient consultation of the faithful by the magisterium."
An additional suggestion for patience emerges from the theological commission: "It can take a long time before this process of discernment comes to a conclusion. In the face of new circumstances, the faithful at large, pastors and theologians all have their respective roles to play, and patience and respect are needed in their mutual interactions if the sensus fidei is to be clarified and a true consensus fidelium, a conspiratio pastorum et fidelium, is to be achieved."