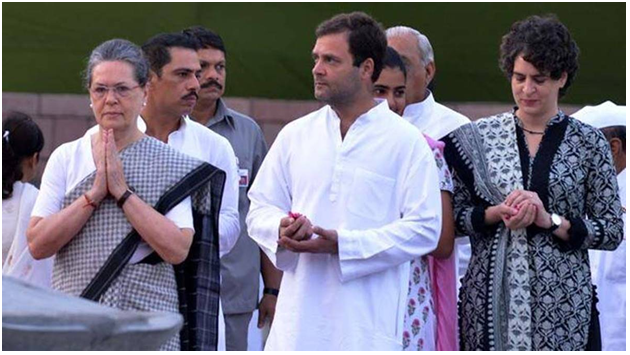 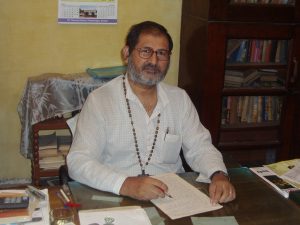 This sycophancy was at its worst display at the meeting of the Congress Working Committee (CWC) held on March 24th August, to discuss a letter written by 23 Congress “dissenters”.  Firstly, it is wrong to call the letter writers dissenters.  They were only asking for a revamp of the functioning and leadership of their party, having included a caveat that they had utmost respect for the mother-son Gandhi duo of Sonia – Rahul.

My mother was a member of the All India Congress Committee (Indira) as also the U.P. Congress Committee (Indira); though she chose to go with the Congress (O) during the Emergency, and later rejoined the Congress.  However, I have never been a fan of the Congress, post the Emergency.  I also hold Indira Gandhi responsible for the bifurcation of Pakistan and creation of Bangladesh; thereby creating a permanent enemy on the western front, and burdening the country with refugees from Bangladesh in the East.

Over the years I have voted for the Janata Party, Janata Dal, CPM and Samajwadi Party, depending on who the candidate was.  It was only after Manmohan Singh (MMS) became Prime Minister that I began voting for the Congress.  But in the last municipal election I voted for my friend who had left the Congress to join AAP.  This is my political caveat.

After the Congress debacle of 2014, where Rahul Gandhi had led the charge, I had written a widely published article “Why Rahul should Quit”.  I had then advocated that Rahul Baba take a two-year sabbatical from politics, go and live or marry his girl friend abroad, and leave the Congress to its fate.  However, after the Congress won the three State elections of Chhattisgarh, Madhya Pradesh and Rajasthan I had reversed my opinion to write another article “Pappu can Dance”, based on his nickname and a popular Bollywood song.

After the 2019 debacle, when Rahul resigned as Congress President and made appropriate noises that a non-Gandhi should lead the party, I thought it was a wise and humble decision.  But reverting to his mother as the interim President meant that the Congress had taken one step forward and two steps backward.  The “resolution” passed at the recently concluded CWC meeting can best be described as a huge leap backwards for Congresskind.

In 2004 when Sonia asked MMS to be Prime Minister she was hailed for heeding her conscience.  However, I felt that it was more of a conscientious decision because she knew that she had zero administrative experience.  The Damocles Sword of Bofors would also be hanging over her.  So she made a wise and practical decision to step aside.

In more recent times the Congress made two huge blunders.  When the time came for a new Rashtrapati, they should have made MMS, the venerable statesman, the President.  Instead they chose Pranab Mukherjee, who should have been made Prime Minister then.  But the Gandhi parivar was always wary of Pranabda, because he had the intelligence and political acumen to upstage the Gandhis.  And the latter did not want to lose their personal fiefdom, the Congress party.  The second blunder was when Rahul, the brash babalog, tore up an ordinance passed by the Government.  That was a direct insult to the Government led by MMS.  Had MMS then resigned, or if Pranabda had become Prime Minister, the course of Indian politics would have been very different today.

As a result the country is now caught in a cleft stick between the Gandhi parivar on the left and the Sangh parivar on the right.  The nation is the poorer for it.

At the CWC meeting Rahul baba indignantly objected to the letter writers doing what they did when his mother was sick; even though one of the main votaries, Gulab Nabi Azad, was at pains to say that the letter was delivered only after he had ascertained that Sonia was fit.  Sycophants then jumped into the fray accusing the letter writers of collusion with the BJP, resulting in Rahul actually having to phone Kapil Sibal to say that he had not done so.  But the smokescreen had been raised, no matter who actually lit the fire, or now, the pyre of the Congress!

The CWC meeting has raised more questions than it has answered.  If Sonia has been unwell, and for quite some time; then why is she clinging to the chair?  How does she justify her being so easily convinced by her sycophantic durbar to continue in office?  It smells of hypocrisy.  The same goes for the sibling duo of Rahul-Priyanka.  Why do they make public statements saying that a non-Gandhi should lead the Congress, and then act in a way that gives quite the opposite message?

When the Congress was in power at the Centre for ten years, Rahul could have easily become a minister, and learnt the art of administration.  He also seldom participated in parliamentary debates.  He wanted power without the attendant responsibility.  This is obvious from his behaviour at the CWC meeting, including his silence on not being the next Congress President, if and when his mother relinquishes office.

I always held MMS in great esteem.  But now he too had joined the bandwagon of sycophants, most of whom are half his age.  He should graciously withdraw from active politics.  Only then will history be kinder to him as he has sometimes stated.

Sycophants insist that it is the Gandhi family that is the glue that binds the Congress together.  This speaks very poorly of the party.  It is also a whopping lie.  Sonia was anathema to Mulayam Singh Yadav, which is why he refused to support her claim to form a government in 1998/99.  She was also anathema to Sharad Pawar, who together with Purno Sangma and Tariq Anwar broke away to form the National Congress Party (NCP).  Sangma’s son Conrad, has now aligned with the BJP in Meghalaya.  In Andhra, a Congress bastion, YS Reddy’s son Jagmohan also chose to cut his umbilical cord with the Congress, as did Mamta Banerjee in Bengal. Earlier Ajit Jogi, former Chief Minister of Chhattisgarh had also quit the Congress.

Ironically Jogi, Sangma and Reddy are all Christians. This gives the lie to another canard of the Sangh parivar that all Christians are lackeys of the Congress, and that Sonia is a plant of the Vatican to convert India to Christianity!

More recently young stars like Priyanka Chaturvedi joined the Shiv Sena and Jyotiraditya Scindia the BJP.  Both have been rewarded with the membership of the Rajya Sabha.  It is obvious that the Gandhi’s cannot recognize the talent in others, precisely because of the lack of wisdom that they suffer from. Far from being the glue, the Gandhis are actually the sticky point for many others who share the left-centrist vision of the founders of the grand old party.

This begs the question about the future of other bright Congressman like Shashi Tharoor, Kapil Sibal, Gulam Nabi Azad, Manish Tiwari and Anand Sharma.  Will they too be sidelined in the Gandhi Party (why call it the Congress now)? What will be their political future?  Will they be content to play second fiddle to the incompetent Gandhi parivar, or will they look for greener pastures?

Will Sharad Pawar, the wily old fox, who outwitted the BJP in Maharashtra, extend them a welcoming hand to make the NCP a national alternative to the BJP? Will other prominent fence sitters like Abhishekh Manu Singhvi and the Chidambrams also jump ship?  Time will tell.  Watch this space, for in the Congress there is place only for sycophants; and it’s not funny.