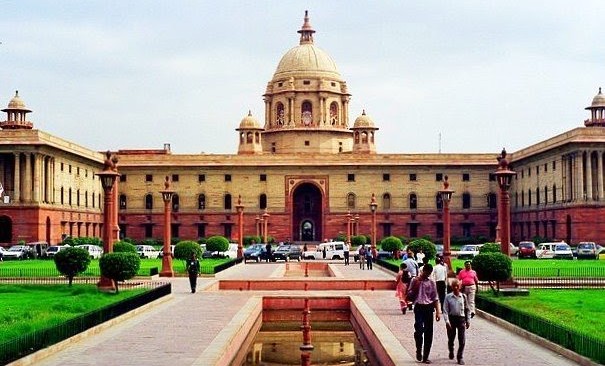 sweeping move the Supreme Court of India has ordered a massive judicial audit / scrutiny of all religious places in respect of access, hygiene, accounts and assets. The order will apply to all temples, mosques, churches and religious & charitable institutions of India.

2.     This is a very welcome order by the apex court of India, as the India.com report reveals. I have written many times, urging the Catholic Church of India, headed by the Catholic Bishops Conference of India (CBCI), to be transparent and accountable in its financial operations. I have also stressed, time without number, on the formation of a Parish Finance Committee in each parish of the 174 dioceses, of which 132 are Latin Church, 31 Syro-Malabar, and 11 are Syro-Malankara. I have also urged the Archbishop of Calcutta of the Archdiocese of Calcutta where I belong) to implement Parish Finance Committee in each of the 56+ parishes in his archdiocese and ensure that an Assets Register accessible to parishioners, is maintained in each parish. But my appeal has fallen on deaf ears and the Indian Catholic Church headed by CBCI has taken a typical ostrich-like position.

3.     Even lay associations are at fault. As if taking a cue from the Church's allergy to transparency and accountability in matters of temporal goods (which even Vatican II mandate and Canon Law prescribe), Catholic Association of Bengal, the oldest (reportedly established in 1911) lay association, denies voting rights to its 820+ Life Members who form 98% of the total membership.  It also refuses to answer its members' specific queries in respect of its Audited Accounts for financial years 2015-16 and 2016-17. And it happens to be an affiliate of All India Catholic Union (AICU) which reportedly champions Catholic causes and humanitarian issues. This approach of Catholic Association of Bengal is certainly not Catholic and definitely casts a shadow on its operations, which handles a Corpus Fund of at least half-a-crore of rupees of Members' Fund.

4.    In this background of opaque operation by religious and charitable institutions, the Supreme Court judgement is a God-send discernment (a word which the Catholic Church uses often) by the Supreme Court. Let us hope one does not read this decision as Saffronisation of the Indian Judiciary.  Isaac Gomes, Asso. Editor, Church Citizens' Voice.

New Delhi: The Supreme Court has ordered the district magistrates to look into the complaints with regard to hygiene, assets, access and accounts of all the religious and charitable institutions and thereafter send reports of these to high courts and they treat them as Public Interest Litigation (PILs).

In what is being called as a massive judicial audit, the SC order will be applicable to all the religious institutions- temples, mosques, churches and charitable organisations. Last month, a bench of Justices Adarsh K Goel (retd.) and S Abdul Nazeer pointed out that the difficulties faced by people who visit these religious places, including the inadequacies on the part of the authorities- maintenance of hygiene appropriate utilisation of offerings and protection of assets with regard to shrines, sans the religion is a matter of concern for both the central and state government as well as the courts.

The suo moto initiation was taken by the SC after a PIL was filed by one Mrinalini Padhi regarding the scrutiny of Puri’s Jagannath Temple. The bench of Justice Goel and Nazeer made changes to the PIL and expanded the scope of the PIL which in turn would cover all shrines, charitable and religious institutions by permitting any devotee with a complaint about the management of visitors’ entry, hygienic conditions, assets and wealth to move the district judge.

Regarding the Jagannath Temple case, the SC was of the view that the Puri Jagannath Temple, which allows the entry of only Hindus, should be thrown open to visitors of all faiths. It said, “The temple management may consider, subject to regulatory measures with regard to dress code and giving of an appropriate declaration or compliance with other directions, permitting every visitor irrespective of his/her faith to offer respects and make offerings to the deity.”

Thereafter the SC said, “We direct that if any devotee moves the jurisdictional district judge throughout India with any grievance on the above aspect, the district judge may either himself/herself, or by assigning the issue/matter to any other court under his/her jurisdiction, examine the above aspects and if necessary send a report to the high court. We have no doubt that the HC will consider these aspects of public interest in accordance with the law and issue such judicial directions as necessary having regard to an individual factual situation.” It also directed the matter for further hearing on September 5.

Although this exercise would take a considerable amount of time given the magnitude, the SC has ordered the audit to be conducted and a report is submitted for the same as it raises concern regarding the shortcomings of the religious as well as charitable institutions. It must be noted that India more than 20 lakh temples, three lakh mosques and thousands of churches and the magnanimous exercise could prove to be a huge strain on the judiciary.

Note: The Times of India, TNN, has also published a similar report.