Stress is on a ‘GRAVE’ new world! Ready for a grave new world? 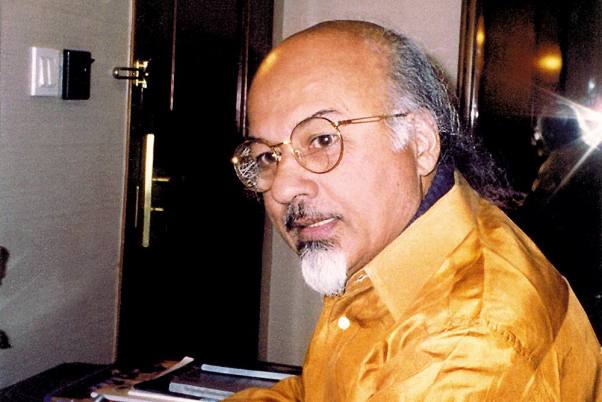 Humour helps us survive man-made catastrophes. But it does not erase reality.

Everyone is discussing problems brought in or solved by Coronavirus. But which is the one section of people most affected and suffers from the present pandemic? To our mind it is the poor, hungry, jobless, homeless migrant workers who are denied a Minimum Wage, a Living wage, wherever they go, in search of better pastures.

These are not lazy ones who sit idle and live by ‘NOOKU KOOLI’ and so parasites, but believe in the dignity of labor and convinced those who don’t sweat and work should not eat because work is worship!

It is actually they who sustain the affluent, the well-off and the country’s economy. They are today in the news only because  the affluent, rich and powerful equally die because of Corona  which makes no distinction between the rich and the poor! Coronavirus is thus the leveler highlighting the equality of all, a heaven-sent blessing in disguise!

The well-to-do who thrive on and at the expense of these rightless workers to even a MINIMUM WAGE also dying like fire flies. Therefore the first priority for the country is to  legally fix and make it mandatory to pay it wherever they are employed in the country.

On the WAY of poor MAN!

Doling out is good to pacify a crying child or garner votes during election time for the benefit of the rulers. It is eyewash! This has been bothering us terribly, terribly ever since Corona broke loose and the miserable plight of the job seeking, job-lost, dream-lost homeless poor on the WAY, moving forward and backward, although Jesus the poor MAN said: I AM THE WAY.

Shoudn’t a minimum wage, say Rs.500/- for eight hours of work be made mandatory all over India? It is Rs.1,000 in Kerala, it may be just a pittance like 100 to 300 in Bihar, Bengal, Rajastan etc. This is what bothers us and gives us sleepless nights. This is what a government that thinks of the poor, a leader who rose to the pinnacle of power from a ‘Chaiwala’ must do. Can he, his government do it? Just think of it. james kottoor, editor ccv.

When Wuhan does not respond, she warns: “Wuhan! You and Covid are very naughty. Get out of my class.” She admits in motherly style that her favourite student is Atmanirbhar Kelawala.

Humour helps us survive man-made catastrophes. But it does not erase reality. The reality we face today is that coronavirus is going to change the world and our concepts of living. The lifestyle changes that have already become routine — wearing masks, avoiding crowds — are by no mean temporary adjustments to cope with a temporary problem. That, from now on, is life. Pity those who have to cough or sneeze. They might do it with utmost care, but others will see it as antisocial and unforgivable.

Of course, some things never change. Governments never admit, for example, that they are liable to make mistakes. All governments believe that they know best and that their actions are wise. Demonetisation? To this day, the Narendra Modi school of thought is convinced about its correctness. Corona lockdown? To this day, the aforesaid school of thought sees nothing wrong in announcing the lockdown on a four-hour notice.

To this sense of righteousness and infallibility, Shrimati Nirmala Sitharaman brings a stamp of authority that only she can. She likes to do things her way. Remember her carrying budget papers not in the traditional budget briefcase, but in a cloth bundle? To give details of the Rs 20 lakh crore stimulus package, she took five days to explain five aspects of the new policy. Stretching things out that long, she must have thought that people would lose track and she could get away by doing the opposite of what she was saying.She was saying that atmanirbharta, self-reliance, was at the heart of the Government’s economic policies.

But what she was doing was handing things over to foreign private sector — reliance on others, not on self. India’s defence itself is no exception; 74 per cent of defence manufacture can now be owned by foreigners, instead of 49 per cent as before. The Rs 20-lakh crore turned out to be a chimera. As news reports said, few welcomed the concept behind it while some felt ignored by the package. That was the sum total of Sitharaman’s concept of “new horizons of growth, unleashing new investment, boosting production and creating jobs.”

It was no surprise then that the march of the coronavirus was not checked by any of the actions taken by the Government. In fact, the virus spread during the lockdown because decision makers ignored technical advice. Experts had proposed the scaling up of testing, getting hospitals ready, working out guidelines and protocols. As they saw it, lockdown was not even the most important solution to the problem. Yet the Government put all emphasis on lockdown, perhaps for its drama effect.

According to the Covid-19 task force, even the implementation of lockdown was unscientifically done. By the time lockdown was given a third extension, it was clear that the initiative had failed to produce the desired results because it did not take into account the suggestions of the task force. The net result was that, despite keeping 1.3 billion people under lockdown, India recorded more than one lakh confirmed cases, becoming the Covid epicentre in the Asia-Pacific region, overtaking China itself.

Heavier has been the political price. In any country, lockdown is an opportunity for single-party, single-leader ambitions to rise. In the name of protecting public interests, leaders find it easy to promote private interests. The Modi Government, already given to concentration of power in one leader, is now in a situation that allows still more authoritarianism. Remember, there is no Parliament, no formal channels to provide space for alternate voices. Those in power are firmly entrenched.

To project the head of government as a messiah is useful. But it is unlikely to help us meet the unprecedented challenges that have suddenly come up as threats. The economy is in tatters because social as well as business factors have changed — forever. Travel, for example, is a dead industry and 70 per cent of hotels in India stare at closure in the next month or two. It’s a grave new world which needs a new kind of leadership and a new kind of vision. Where are they?