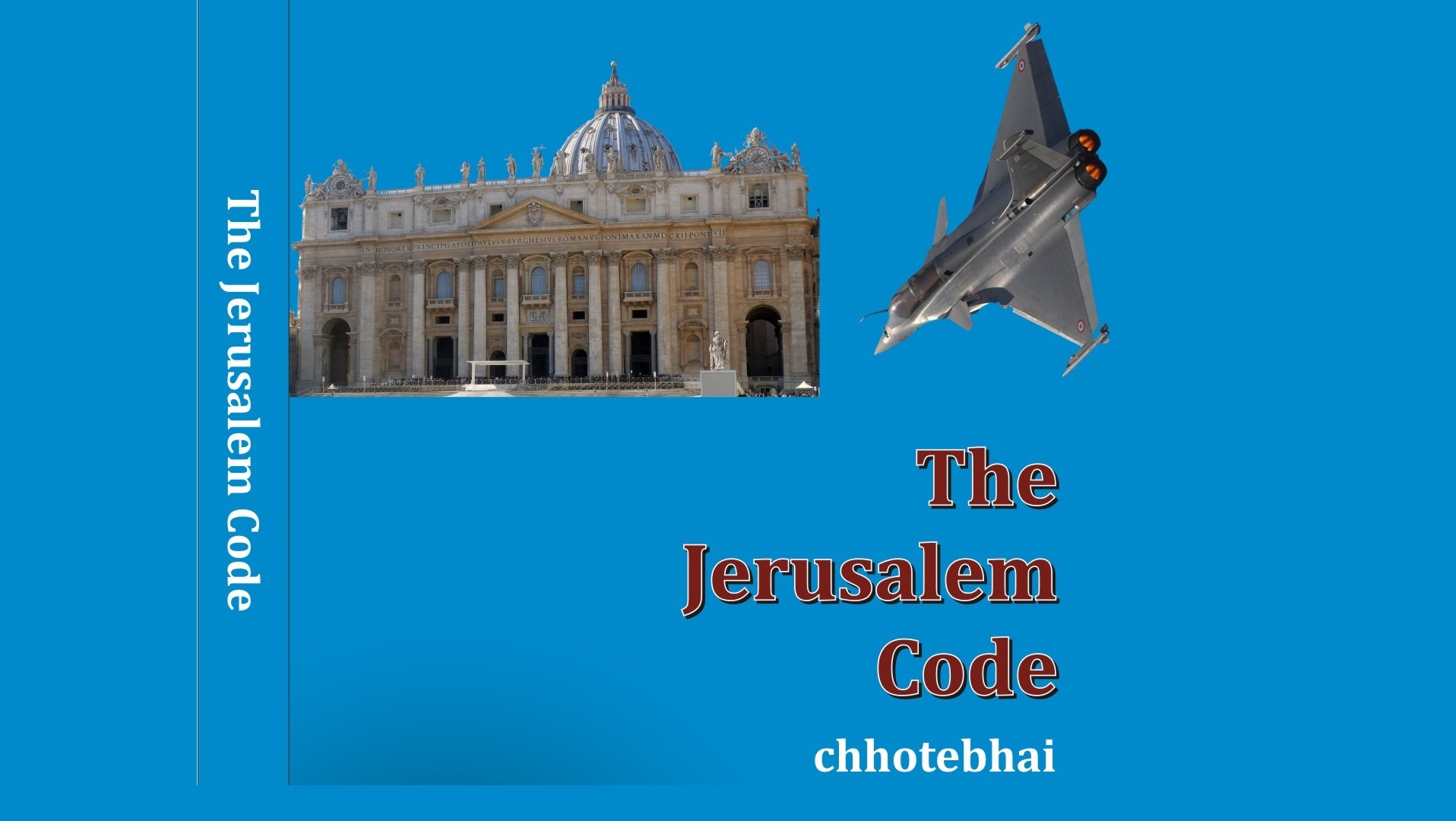 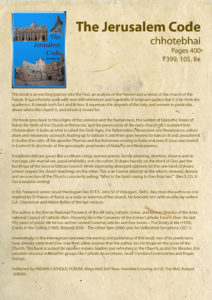 ‘The Jerusalem Code’ is exactly that: a significant attempt to give the Church (particularly in India) a new code which prompts for a more sincere examination of conscience and deeper commitment; for reform and renewal. The author himself puts it succinctly in the Preface saying, “This book is an honest attempt to study the life and mission of the church in the Past and present, and to present a vision of the church of the Future”.

chhotebhai (who begins his name with a small letter ‘c’) is no stranger to Scripture, Theology, Church History and to the Catholic Church at large; he is an erudite scholar grounded in painstaking research. ‘The Jerusalem Code’ is his fifth book; besides he has also authored hundreds of articles on a whole range of subjects. chhotebhai is a former National President of the All-India Catholic Union and a former Director of the International Council of Catholic Men; all his writings therefore are naturally shaped with the deep experience and rich expertise he has garnered through his involvement in various institutions and fora, both within and outside the Church. He believes in ‘Straight Talk’ which sometimes also gets him into controversy.

‘The Jerusalem Code’ is no ‘Da Vinci Code’ but in a very different way, as gripping! It is a ready reckoner for those who would like to have a glimpse of the Church’s past and a more studied understanding of the present. The final section which delves into the ‘Future’ is perhaps the most fascinating: it takes the reader on a heady roller-coaster ride of what could be the Church of the future. Yes, there are fantasies (and the author has the right to fantasize); but the nine chapters here cannot be wished away, because in the light of today’s realities, they do make plenty of earthy sense and are pregnant with possibilities of a very different tomorrow.

The 356-page ‘tome’ (if it can be referred to as one) weaves delicately into a host of sensitive issues like papal infallibility, clericalism, celibate clergy, women priests, divorce and remarriage. There is certainly no ready-made, black and white answers to several of the issues which the author touches upon; however, the very fact that he does refer to some contentious matters, makes a concerned person reflect a bit more on these issues and see how best they should be addressed today.

In a fairly ‘general’ work like this,when many issues are addressed, some seemingly important ones are left out. This is to be expected. The author never makes a defence of trying to address all issues that are at stake. chhotebhai takes legitimate pride of his devotion to St Francis of Assisi, to being a kind of a Franciscan himself (changing his name to ‘chhotebhai’ meaning ‘friar minor’ or ‘little brother’) and of his unabashed delight of Pope Francis’ papacy and teaching (including the fact that the Pope is named after Francis of Assisi). Throughout the book, chhotebhai makes no effort to hide his proclivity to Franciscan spirituality and to Ignatian spirituality; the book is heavily referenced to Jesuit authors, examples and to a typical Jesuit way of proceeding which includes ‘the discernment of spirits’ to ‘the prophetic role of the laity.’

Very symbolically,chhotebhai completed writing the manuscript of his book on 4 October 2020, the Feast of St Francis of Assisi.  On that very day Pope Francis gave to the world his latest Encyclical ‘Fratelli Tutti’; on hindsight, chhotebhai could have perhaps added another Final Chapter to his book with the title ‘Past, Present, Future’ with some key insights from the radical and transformative message of ‘Fratelli Tutti’. This would certainly have qualitatively enhanced the direction which ‘The Jerusalem Code’ provides.

That apart, chhotebhai, through his pathbreaking book, has done a great service to the Church in India. There is today a lamentable decline of serious reading in Church circles, leave alone scholarship. Many tend to get overwhelmed with superficial communication and instant ‘education’. Given its contents (both facts and fiction, his-story and her-story) ‘The Jerusalem Code’ is like a breath of fresh air; a must-read for all: particularly Bishops, priests and religious, for those in formation and for all laity. Eminent Theologian Rev Dr. T.K. John SJ in the ‘Foreword’ to the book, appropriately defines chhotebai’s role “In the area of religion we have believers with a heightened sense of the right order established by God who are concerned with the full compliance with the divine plan for the human family. God’s plan and initiatives are for the welfare of God’s people. God’s ambassadors are expected to facilitate compliance with the divine plan for the people”

‘The Jerusalem Code’ does exactly that! It is straight talk with an old code in a new idiom; very similar to God’s command to St Francis of Assisi, “Go and Repair my Church!”

The Book can be ordered from: