Cover photo: Hindu India was something leaders like Gandhi, Nehru, Patel, Maulana Azad and Ambedkar resisted all their lives. 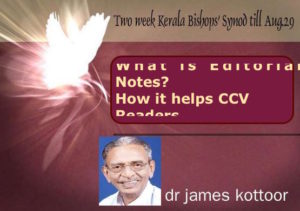 Note: What we need today is a rear-view driving,  looking back at our Founding Fathers, Gandiji and Nehruji!  Keep it that way to go ahead speeding all the way ahead. Long live all-inclusive India. Unity is strength. Divided we fall. We have to hang together to avoid hanging separately!

“Bhagat Singh, Chandrashekar Azad and Subhas Chandra Bose did not die for a Hindu Rashtra. Their commitment to secularism and equality was absolute and the India of their dreams was a secular democratic republic. Hindu Rashtra is an idea based on hierarchies and exclusion.”

Our country unshackled itself from the chains of colonial subjugation and stepped on to the path of freedom and self-reliance on August 15, 1947. It was the culmination of a glorious struggle in which thousands of our countrymen sacrificed everything for a free India. The first prime minister, Jawaharlal Nehru, echoed this sentiment in the Central Hall of Parliament on the midnight of August 14, 1947, when he said: “The achievement we celebrate today is but a step, an opening of opportunity, to the greater triumphs and achievements that await us.”

At the time of Independence, India was facing two problems of continental proportions — all-pervasive poverty and unemployment, and the menace of post-Partition communal riots. The way our leadership addressed these problems holds lessons for us even today.

The COVID-19 crisis has laid bare the claims of the Narendra Modi government about the country’s infrastructure. India now reports the highest number of infections daily in the world. The economy — which turned sick following demonetisation, a hasty imposition of GST and loot of public assets — is heading towards a recession. The RBI governor has accepted that the GDP is set to contract this year. Investment and credit-rating agency ICRA has forecasted a dip of 9.5 per cent. The mishandling of the pandemic has worsened the unemployment crisis — according to the CMIE, the unemployment rate stood at 7.43 per cent in July. Of particular importance for us now is the planned and systematic destruction of the public sector amid the lockdown.

Leaders of independent India viewed the public sector as an instrument to alleviate poverty and unemployment as well as to remove the spatial disparity of development among various regions. However, public sector institutions, among them the Railways and banks, are now being dismantled. This is nothing but undoing the gains of the past several decades.

Simultaneously, communalism is hammering at the very foundations of the Republic. Hindu India was something leaders like Gandhi, Nehru, Patel, Maulana Azad and Ambedkar resisted all their lives: India was built on a secular ethos and with the participation and sacrifices of all communities in the freedom struggle. There is no place for the kind of exclusionary politics that is at play today in India. This politics of alienation and othering is an insult to the memory of our freedom fighters.

The BJP-RSS combine must remember that leaders such as Bhagat Singh, Chandrashekar Azad and Subhas Chandra Bose did not die for a Hindu Rashtra. Their commitment to secularism and equality was absolute and the India of their dreams was a secular democratic republic. Hindu Rashtra is an idea based on hierarchies and exclusion. It not only discriminates against the minorities, but it is based on the rigidities of caste, Brahmanism and patriarchy. Ambedkar, the architect of our Constitution, wrote that, “if Hindu Raj does become a fact, it will no doubt, be the greatest calamity for this country” and warned that, “it (Hindu Raj) is incompatible with democracy”.

On August 5, 2019, the central government abrogated Article 370 and removed Jammu & Kashmir’s special status granted by the Constitution, and bifurcated the state into Union Territories. We are yet to see the benefits of the decision, but we know that the people of Kashmir have been in lockdown for more than a year now.

On August 5 this year, the PM led the ground-breaking ceremony for the construction of Ram Mandir in Ayodhya with the RSS chief Mohan Bhagwat in tow. The presence of the PM, the UP chief minister and governor at the ceremony has given de-facto official status to one particular religion. This is a violation of the Constitution.

Going further, the PM said in Ayodhya that August 5 has now become as important as August 15. Slogans of “Kashi-Mathura Baaki Hai” soon appeared in social media, indicating a nefarious design to turn democratic, secular India into a Hindu Rashtra. Equating August 5 with August 15 was a clear attempt at conflating the legacy of the freedom movement with Hindutva symbols. August 15 is an occasion to remember our freedom struggle and celebrate its values of equality, secularism, cooperation, tolerance and rationality. The majoritarian Hindutva politics is trying to tamper with this inheritance. All sections of society must stand together to protect our pluralist heritage.

The writer is general secretary, CPI