pel reading was from Mathew chapter 13, on the sower and the seed. The occasion was the Episcopal Silver Jubilee of Abp Albert D’souza (72) of Agra. It was being celebrated on 28th January at St Peter’s College, Agra. Drawing from the Gospel Bp Ignatius Menezes, emeritus of Ajmer diocese, said that in the case of Albert, indeed the seed had fallen on good soil and had borne much fruit.

Bp Ignatius said that he first set eyes on the young Albert in 1965 when he joined the minor seminary in Lucknow. At that time itself he had noticed the piety on his face. This was because of the good soil in which he had been nurtured in Mangalore.

A play on the life of the jubilarian choreographed by Rev Gregory Tharayil, an expert in Bharat Natyam, showcased the journey of Abp Albert. He was the 9th of 13 children. Unimaginable today! His parents taught him how to care, share and pray. As a young man he started working in a book store in Mumbai. He simultaneously received two call up letters, one from the Bank of Baroda, and the other from the diocese of Lucknow. He opted to bank on the Lord. 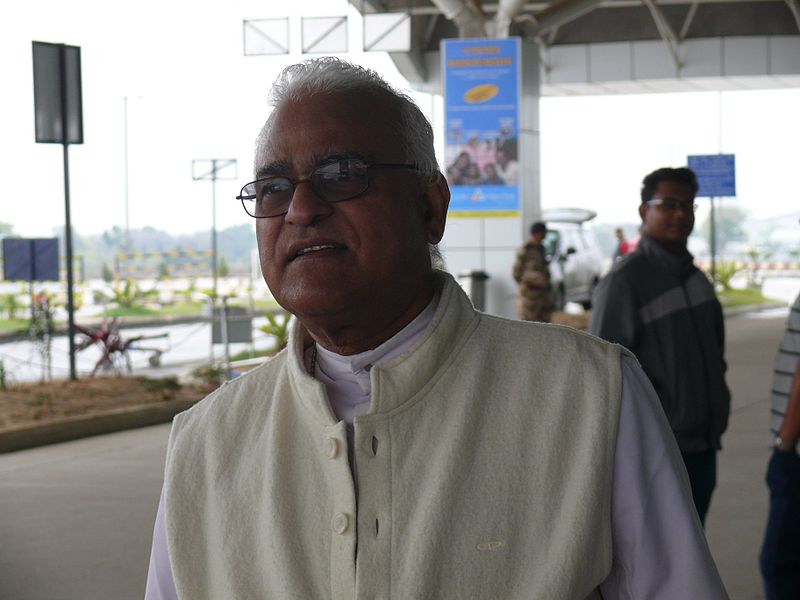 In his homily Bp Ignatius made a telling observation. Though Albert was already ordained as a priest, the point when he really flowered was during his 6 year stint in youth ministry for the U.P. Rajasthan Region. I felt a surge of joy, because we had been co-workers in that task.

About 25 bishops and archbishops, together with over 100 priests concelebrated the Mass in Hindi. The prayers of the faithful were in Hindi, English, Brij (the local dialect), Urdu and Konkani (the archbishop’s mother tongue). Usually at such large gatherings there is a jarring announcement that only Catholics may come up to receive communion (Param Prasad). Fortunately no such announcement was made. It is the height of insensitivity when priests rudely or roughly turn away non-Catholics seeking to receive the Prasad. I recall how at a similar celebration for Bp Patrick D’souza of Varanasi a few years ago the Eucharistic ministers were given specific instructions not to turn any one away, but to bless them by placing their hand on them.

One little oddity. At the doxology it is now common practice to have the triple aarti – pushpa, deep and dhoop. As per our Indian tradition this is done with the head covered and bare feet. Wearing shoes during the aarti defeats the very purpose of liturgical inculturation.

Very recently Pope Francis had reprimanded people, bishops included, for taking photographs during the Eucharistic celebration. Hence the journalist in me had to refrain from being a shutterbug. I had to content myself with a shot of the celebrants after the Mass was over.

The public felicitation that followed was attended by the Mayor, Naveen Jain, U.P. Cabinet Minister K.P. Singh Baghel, Bp HH Habil  of the CNI, Mahant Yogeshpuri of the Mankameshwar Mandir and Dr Vatsala Prabhakar of the interfaith group. The BJP minister made some telling observations.

He said that both his children had studied in Catholic schools. Even though he had been a Member of Parliament at the time, he was trembling when he went to the schools for admission, because he knew that they were always done on merit alone. He said that one could study physics, chemistry and maths anywhere; but in these schools they were trained to be good citizens with moral values. (Would that the “fringe elements” in the minister’s party heard his frank testimony). Referring to the bishop being a good shepherd he said that he himself belonged to the shepherd caste and knew that sheep were the simplest of all animals. It was therefore even more incumbent on the shepherd to protect them and be sensitive to their needs. However, as a lay leader, I must confess that in today’s parlance referring to us as dumb animals is obnoxious.

Abp Albert has been a good shepherd. From his humble origins in Mangalore, to becoming a seminary Rector, bishop of Lucknow, archbishop of Agra and Secretary General of the CBCI, he has acquitted himself well. During the liturgy the second reading was from 1 Cor 1:3-9. Paul had said, “I thank God for you. He will keep you faithful to the end”. Befitting for Abp Albert D’souza.

The entire service was ably compeered by Rev Moon Lazarus, assisted by Olwin Sohanlal and Aji Tom. Much work was put in by Rev Joe Thykkattil, Bhaskar Jesuraj, the youth of St Fidelis’ Church Aligarh and the brothers of St Lawrence’s Seminary.