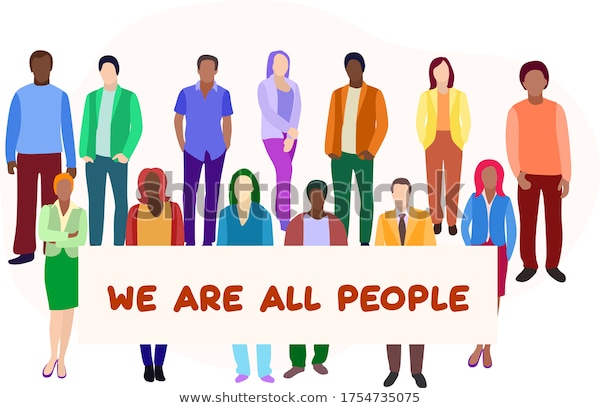 Today we are facing two-fold plagues – one long standing, another very recent: Coronavirus. The long standing one is RACISM in its manifold forms, not specific to America only, but equally or more viciously to India in its practice of CASTE SYSTEM, four-fold in principle, but millions when it comes to subdivisions applied.

Color blindness in the US

In the US there are no subdivisions: They are just COLOUR BLIND, full stop! All those who are not white are BLACK. They can’t distinguish all the colours in a rainbow, in a ray of light! In India there are many Brahmins among the so-called Parayas and Dalits. You have to ask each one to find out to which subcaste he/she belongs  and they keep their distance in social life and in finding marriage partners, for example.

The Kottayam diocese people won’t generally marry from outside the community.

You know it. I don’t have to elaborate it. Until I went by accident or providential remote control, I never knew how inimical are Northerns (myself) and Southerns or the Endogamy people. My grand father onwards my family had Southerns as best friends and neighbours. I studied in St. Mary’s High school, Kidangoor of Kottayam Diocese.

The tragic comedy of it, my close neighbour, Chackochan Puthumayil – now I can say it publicly, since it is proclaimed by him — an youngster then, was goaded to become a very good priest, first in Vijawada, now in US, seeing my example and listening to my  ordination sermon, mostly on our Lady with whom I started my spiritual life, it is a long story.

And the two factions of the Endogamy divide continue to have their dogfight even now in US. By hook or crook, most of my friends in Chicago also are from anti-pureblood group. That is another long story! Isn’t this a living comedy? Of course we Indian Christians are not RACISTS, but definitely Casteists. Its epicenter is Andhra Pradesh, but practised all over India.

There are many Black brahmins among our pulayas and parayas(the low castes) for whom the Syromalabar initially created a new diocese, I don’t name it, not to offend them. That division we continue to practise even in burial grounds, the leveller of all inequalities! The Cardinals and bishops, we burry inside the Church, the laity in the Cemetry, and public ‘Sinners’ (CCV calls no one a sinner) in Themmady Kuzhi (hole for Rogues). So we have a colourful buouque of Racism.

This plague called Racism, in various forms are practiced in all countries and among all people, where some people consider themselves superior, some inferior due to a royal birth, social position, possession of material wealth, acquired political or military power. If this instinct in many to prey upon, enslave and exploit another human for selfish gains is instilled by a creator,  that Creator cannot be called God. That is why there are so many atheists today.

Fortunately there are many altruist  good Samaritans also in the world. It is they who make the world go round rather smoothly. It is here that Jesus the Jew identifying himself with the poorest of the poor, the hungry, lonely, sick and suffering doing the foot-washing ministry, shines best as the ideal human.

As for the Corona plague  it destroys anyone who comes within its grasp without making divisive distinctions. That is why it is given a divine halo prompting some to call it: “St.Corona”. The lesson is, if the man-made Gods cannot bring equality among humans, as brothers and sisters, “St.Corona” will do it in due course. Hence the prayer of many for peace and prosperity among humans as caring loving humans: “Please St. Corona, don’t go away and leave us orphans!”

But the central problem for humans, being social beings is,  they cannot keep ‘Social distance for long’ which makes his life a veritable HELL! Hence the crying need for socializing. Here is what an American Benedictine Nun, Joan Chittister writer, speaker & social worker wrote in National Catholic Register (NCR) wrote. Just listen to what she writes on Racism:

“We are killing one fatal virus by each of us wearing masks and practising social distancing. We can kill the virus of racism if we begin to practise social outreach across racial lines. By doing nothing but talking about it, we are the carriers of the disease of racism. Every family, every white person in the country, needs to reach out and make a black friend.”

“Now whites need to get to know a black colleague, a black family, who comes to our houses and eats at our tables. We need to have black family friends who attend our parties and whose kids play with our kids. We need total outreach so that our words about equality, friendship and peace can become embodied in the entire society. Then the virus of racism will also die out.’ Racism is the temptation white people have yet to overcome .

What should we do in India?

We in India may apply literally and totally and say: We (in India) need to have other caste family friends who attend our parties and whose kids play with our kids. We need total outreach so that our words about equality, friendship and peace can become embodied in the entire society. Because “Casteism is the temptation people in India have yet to overcome.”

Casteism: Mother of all racism!

In Casteism practised in India are to be found all forms of RACISM. Once it is wiped out, all forms of racism will vanish automatically. What is needed is to stop double talk preaching one thing and practicing the opposite, being hypocritical. Become the change you preach and all will be fine! Put into practice what Joan Chittister advises us to do!