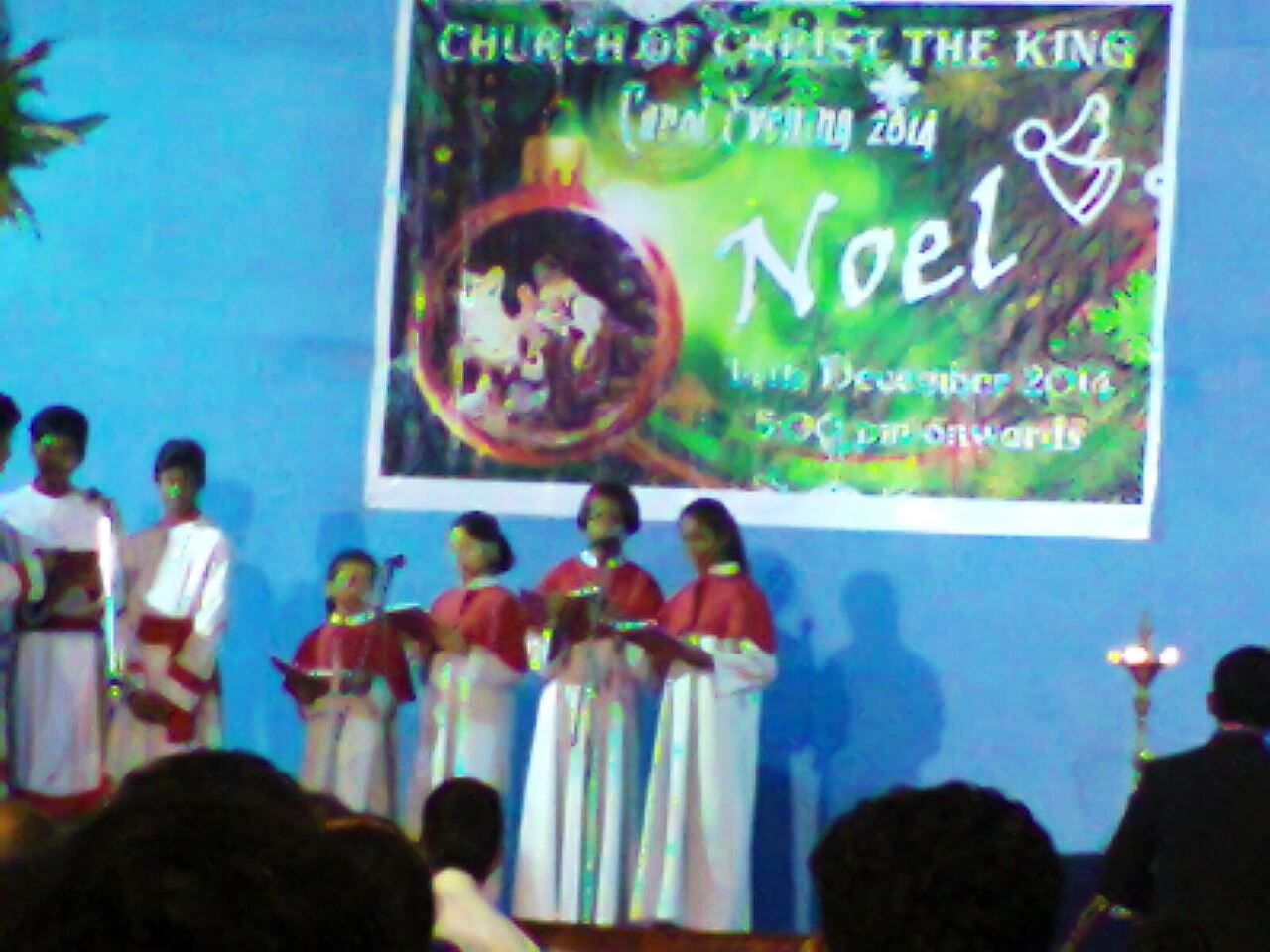 While the world was on tenter hooks on the twin siege in Sydney and Belgium,  Kolkata (Calcutta) the cultural capital of India, was busy with something creative.  It was Carol The crowd, mainly youth in jelled hairdo,  colourful dress and exuding stardom, waited in bated breath.  The programme started at 6 pm on 14th December 2014 with the lighting of the lamp by the very young curate (ordained recently) Rev. Fr Robert Johnson.

The event was meant to roll out Christmas spirit in Kolkata and seven groups took part in it.  Class IX students from Don Bosco School Park Circus started the show, with Adrian (Class XI) at the keyboard.  They struck the right chord by putting up a lively medley where song and sound synchronized seamlessly.  After Don Bosco School, the awesome choir from St. Mary's Ripon Street took the stage, led by Dominic Saldanha who made Adnan Samy jealous with mastery of his keyboard play.

Before Christ the King, the hosts took the stage, Rev. Fr. Vincent Lobo, Parish Priest and Dean of Calcutta Archdiocese, said “Let the Light shine and let our Shining Stars perform.”  After his encouraging speech, the Alter Service youth group of his parish appeared in full gear of alter servers and sang three wonderful songs, Mohit Pradhan being at the keyboard.

It was time for Christmas Carols in Bengali. Auxilium Parish put up two lively songs, composed and directed by Dilip Majumdar, noted musician.  The women’s group of Legion of Mary, Christ the King, followed next. They were really possessed by the Spirit and just sang their hearts out.  To add spice to the proceedings, Dominic Saha and Dominic Saldanha left the audience spellbound with their mastery of the keyboard.   The Bengali Choir of Christ the King directed by Dilip Rozario sang to a nice tempo and ICYM of Christ the King  provided the icing on the cake.

Congratulations to Fr Vincent Lobo and the Youth Leaders of Christ the King Parish for being the springboard of creativity.