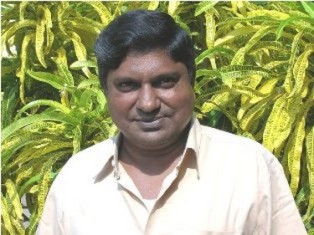 Have we ever pondered over the curious fact that t is the simple statement in Luke 2:7 that has actually given so much meaning to the celebration of Christmas and all the creativity and ;imagination that go with the making of the cribs, and the characters placed in them? The beauty as well as the greatness of Christmas consists in its simplicity.

Had there been a place for Joseph and Mary in the inn of Bethlehem, we would have had a different Nativity story, much less believed than it is now.

Writing to the Philippians St. Paul says that Jesus, though he was God, humbled himself and took on human form (Phil 2:6-7). It is not idealization or glorification of poverty or state of being poor that is intended here, but the way God had been acting all the time, culminating in the great mystery of incarnation.

God’s way of being and doing which is very different from human way has been proclaimed by Hanna at the birth of Samuel (1 Sam 2:1-10) and Mary of Nazareth after having conceived Jesus (Luke 1:46-55).

John Donne (1572-1631), an English poet and a cleric in the Church of England, wrote a poem about a pilgrim in search of God, intending to meet God in His abode. After having searched in vain for the divine dwelling place in many a pilgrim centre, he was told that God actually was residing on the top of a particular mountain.
Arriving at the foot of the mountain the pilgrim decided to climb to its top with the hope of finally encountering God. He started to scale the steep mountain on its eastern side. Now, it is happened that God was actually residing on the top of that very mountain. One day God decided that it was better for Him to go down and reside among the people, instead of remaining aloof and alone on a mountain top.

Following this decision God started coming down the mountain on its western side, on the very day our pilgrim was climbing it on its eastern side. Obviously God and the pilgrim never met each other. The pilgrim continues his search for God on the mountain top while God abides here with us. “The word became flesh and dwelt (pitched his ten) among us.” Says, St. John the Evangelist (john 1:14). That is the simple beauty of Christmas – He chose a manger and not an inn to be born!

Humility (incarnation) culminating in obedience (crucifixion) finally paved way for the greatest mystery of Christian faith—the Resurrection. Let us celebrate the mystery of incarnation in all its simplicity and greatness, giving vent to our imagination of the night Joseph and Mary found a manger to lay their new born child, because there was no place for them in the inn!

(The author is the bishop of Balasore, Odisha)