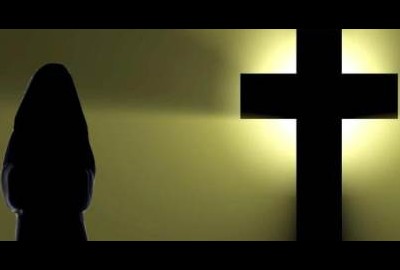 Former nun Anita of St. Agata Convent is all set to launch an indefinite hunger strike in front of her convent at Thottakkattukara, Ernakulam.

A Catholic nun who was expelled from her congregation after she reportedly resisted sexual abuse by a priest and registered complaint against him is planning to intensify her agitation.

The woman, who was known as Sr. Anita in the convent of Sisters of St Agata in Ernakulum district, is now housed in the Janseva Sisubhavan, an orphanage in Aluva.

She is all set to launch an indefinite hunger strike in front of the Sisters of St Agata Convent at Thottakkattukara, the Indian Express said on Tuesday.

Anita, a native of Kannur district, became a nun in 2007 and took up a teacher's job at the Providence Convent High School in Pachore, Madhya Pradesh. According to her, the congregation authorities turned hostile towards her after she complained about an alleged attempt of sexual harassment by a priest in 2011.

She was transferred to the Mother House in Italy in May 2012. She allegedly faced physical and mental harassment in Italy also.

“There were days when they refused to give me food. After a series of torture, I was thrown out of the convent on February 19. When I sought shelter in another convent, with the help of another nun, the congregation authorities bought air ticket to Kochi and asked me to leave Italy. When I reached the convent at Thottakkattukara, I was denied entry. My luggage was thrown out and I was asked to leave the convent. “It was the local people who took me to the Janaseva Sisubhavan,’’ Anita said.