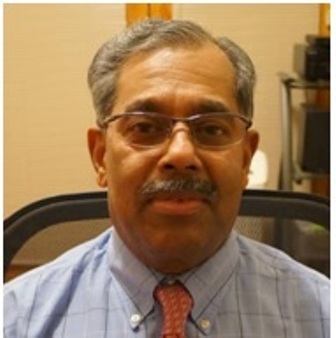 (The writer is one of CCV’s regular  columnist who lives in Chicago. His field of interest and specialization is Indian and Christian  philosophy and spirituality.  He calls Self-knowledge or “adhyatma-vidya”  the supreme right knowledge which the worldly knowledge should help one to achieve – Editor).

As we’re all born ignorant into this world, it is incumbent on all of us to remove our ignorance by knowledge.  By and large, the vast majority of us remain ignorant of almost everything in the province of knowledge ranging from our own true identity to the true nature of the seeming world outside. Being not aware of our own ignorance is indeed ignorance at its worst.  Are we aware that it is ignorance which is at the core of all our miseries in life? Are we aware that all the mischievous acts of humanity are rooted in ignorance as well?  Let me cite an observation that Swami Vivekananda made about humanity more than a century ago and is still relevant: “Ninety-nine decimal nine percent of the human race are more or less savages even now.”

Knowledge is, therefore, the key when it comes to perceived ignorance, and it remains a priceless treasure worthy of our most intense search. No wonder why throughout history the possession of knowledge has been hailed by far the highest. Thus, our life is best served when it is lived as a pilgrimage in pursuit of knowledge.

But the landscape of knowledge is vast, complex, and diverse. Since we can’t possibly learn even a negligible portion of the knowledge that’s out there, is there a singular knowledge knowing which everything becomes known? After all, what is the right knowledge? What’s the aftermath of pursuing the wrong knowledge?  This article is an attempt to answer these questions.

More precisely, the higher knowledge is all about “me,” finding myself and knowing myself. This is the right knowledge, the supreme, which the Indian tradition calls “adhyatma-vidya” or Self-knowledge. Whereas, the lower knowledge is that which we acquire through sense perception and study involving the events and objects of the world. The Indian tradition calls it non-knowledge or “avidya.” Likewise, Plato calls the higher knowledge “science,” implying that which is real, and the lower he calls “opinion,” implying that which is unreal or knowledge of the shadows.

We’re all using worldly knowledge for our own well-being, which in itself is a proof that we’re far more important than the worldly knowledge we use. Here the “user” is the subject, and “what’s used” is the object.  In this subject-object relation of “I” and the world, “I” alone is the unchanging truth. The higher knowledge is about this unchanging truth of “I,” the eternal subject.  As for the world, by contrast, it’s always in a constant state of change, and the lower knowledge is about the ever changing world, the object of our perception.

It’s for this reason that worldly knowledge is never considered dependable, though we can use it. For instance, what I’ve learned at one time is not true today.  Further, however much I learn from the world, there’s always much more I do not know. Most puzzling of all, worldly knowledge always opens up the question, what’s next?  Meaning it is never conclusive, which prompted Einstein to remark that every branch of enquiry into the objective world ultimately ends up with a question mark.

That’s why Thomas a Kempis wants to impress on us the importance of clearly distinguishing between worldly knowledge and the spiritual with a powerful remark: “There is a vast difference between the wisdom of one who is devout and divinely illumined and the knowledge of an educated learned scholar. The knowledge that flows from above under divine influence is nobler by far than that gained through human study and research.”

Nonetheless, the whole world is focused on worldly knowledge as if it is the true knowledge. Meanwhile, we don’t seem to realize that all our struggles, searches, and researches after worldly knowledge are like fighting a losing battle the result of which is misery.

Does that mean we neglect worldly knowledge?  Never! We need it wherever it is relevant to our life, not beyond; we need it to gain control over nature, build our life, build our character, and make us humane. The point is that we should use the worldly knowledge in such a manner that it becomes a stepping stone for us to strive after the spiritual.

However, that may seem like a far-fetched idea in today’s educational setting where we usually advance our worldly knowledge. Although we would expect our educational system to be value-oriented and objective, many studies have shown otherwise. Focusing on the elite educational system of America, one such study, authored by Prof. William Deresiewicz who was a professor at Yale for ten years, concludes that today’s education is a large-scale business aimed at preparing students to enrich themselves without any regard for values or principles.

In his famous book Excellent Sheep, Prof. Deresiewicz says, “The system manufactures students who are smart and talented and driven, yes, but also anxious, timid, and lost, with little intellectual curiosity and a stunted sense of purpose.”Most disturbing of all, the author also speaks of many students finding themselves faced with mental health problems such as depression, anxiety, developmental disorders, and schizophrenia.

The studies, undoubtedly, paint a grim picture of today’s appalling educational system not only in America but also around the world. If it were true learning, why would it lead us to stress, fear, anxiety, depression, and illness?  Shouldn’t it be joyful, instead? In reality our pursuit of worldly knowledge involves a major sacrifice, including our precious youth, but only to confront in the end with one question: ultimately, what good is it all for if we still remain ignorant of the truth?

The problem lies with our search. Instead of searching inward who we truly are, we’ve been exploring various kinds of knowledge in the outside world for answers—in science, philosophy, medicine, religion, books, and etc. The more we searched, the more we got lost.

Because we lose sight of the fact that right knowledge is one only, not many. While the many are elusive, the one is never created but exists. It doesn’t exist outside ourselves for study as an object, but it exists within us to seek and experience.Those who search within experience it knowing which there’s no more question, no more search, and no more struggle.  Everything becomes known to us. That’s the right knowledge which culminates in “our supreme education.”