Is secularisation really fuelling a rise in abuse against clergy? 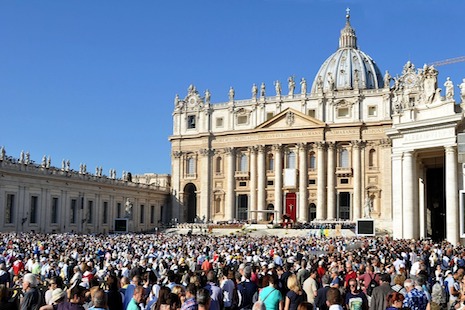 There is a growing perception that secularisation is undermining the priesthood. But is it really true? Let the readers decide.  Isaac Gomes, Asso. Editor, Church Citizens' Voice.

A headline in the Daily Telegraph makes the eye-catching claim that the “Rise of secularisation [is] fuelling violence and verbal abuse against Christian clergy.”

The article that follows does not quite live up to the expectation generated by the headline, and the research that the academics are undertaking into violence against the clergy has yet to take place.

A few observations are in order.

First of all, the most dangerous places to be a priest also happen to be countries that are by and large very religious. One thinks of Kenya, where numerous clergy are murdered every year, and Mexico, which has seen a spate of clergy murders of late, and is now considered the most dangerous place in the world to be a priest. This violence has many causes, but cannot be blamed on secularisation.

The second thing to note is that it all depends what you mean by secularisation. It is undoubtedly the case that in contemporary Britain the clergy are facing a steep loss of prestige, which has been caused, among other reasons, by the sex abuse crisis and a general decline in religious practice. There has always been anti-clericalism in Britain, though of a different type to the Continental version. The loss of social standing has removed a carapace of protection that once might have shielded priests from, for example, verbal abuse.

As for physical violence, the clergy are, by nature of their vocation, available to all. This means that they will meet mentally disturbed people who in their turn may be particularly attracted to the clergy. This carries risks. However, the clergy cannot shut themselves away. Tragically, quite a few clergy are murdered by mentally disturbed people. In addition, such people do attempt criminal damage on church property, which can be a real headache. I have had to deal with the latter, and have to say that while the police were most helpful, they too find it very hard to deal with people who are mentally ill.

One worrying thing that the Telegraph report does flag up is the lack of support many exposed clergy feel. Thanks to the growing shortage of priests, the priest in the next parish may be some miles away and not much of a close neighbour. In addition, the times when clergy get together may be devoted to administration matters (such as GDPR) rather than to professional support.

In fact, the Telegraph headline is not so very wide from the mark, once we realise that secularisation is not an external threat but rather a cancer gnawing away at the Church from within. Priests nowadays are less and less like Saint Francis de Sales, and more and more like the average sort of man stuck behind a desk. The vocation is being whittled away into a mere job. As such, the priest faces the same dangers and annoyances that other professionals do, and he has no perceived heavenly aura to defend him.

Alexander Lucie-Smith is a Catholic priest, doctor of moral theology and consulting editor of The Catholic Herald. On Twitter he is @ALucieSmith