How Rich Is the Catholic Church? 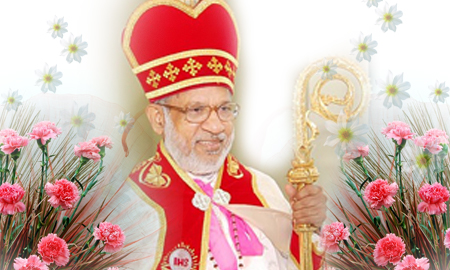 Nobody really knows, because religious groups don’t need to follow regular accounting and disclosure rules
Pope Francis is not just the spiritual leader of one of the world’s major religions: He’s also the head of what’s probably the wealthiest institution in the entire world.   The Catholic Church’s global spending matches the annual revenues of the planet’s largest firms, and its assets—huge amounts of real estate, St. Patrick’s Cathedral, Vatican City, some of the world’s greatest art—surely exceed those of any corporation by an order of magnitude.
But it turns out to be surprisingly difficult to understand exactly how rich the church is. That’s in part because church finances are complicated. But it’s also because, in the United States at least, churches in general are exempted from the financial reporting and disclosure requirements that otherwise apply to nonprofit groups. And it turns out, that exemption may have undesirable consequences.
The main thing we know about Catholic Church finance is that in cash flow terms, the United States is by far the most important branch. America is a rich country with a large population of Catholics. What’s more, America’s Catholic population is a religious minority. That’s meant that, rather than using political clout to influence the shape of mainstream government institutions, as in an overwhelmingly Catholic country such as Brazil, the Catholic Church in the United States has created a parallel state: a vast web of schools, hospitals, universities, and charities that serve millions of clients.
Our best window into the overall financial picture of American Catholicism comes from a 2012 investigation by the Economist, which offered a rough-and-ready estimate of $170 billion in annual spending, of which almost $150 billion is associated with church-affiliated hospitals and institutions of higher education. The operating budget for ordinary parishes, at around $11 billion a year, is a relatively small share, and Catholic Charities is a smaller share still.
Apple and General Motors, by way of comparison, each had revenue of about $150 billion worldwide in Fiscal Year 2012. Legally speaking, there is no such thing as “the Catholic Church,” which is why these finances get so complicated. As far as the law is concerned, each diocese is a separate legal entity, incorporated in the states where it operates. Generally speaking, they are organized as what’s known as a corporation sole—a legal corporation wholly controlled by the individual bishop rather than a board of directors—and not officially part of any larger transnational spiritual organization. This has led to conflicts during the sex abuse scandals. Lawsuits have caused disputes about how deep the church’s pockets go and who should pay.
On several occasions, abuse-related litigation has inspired dioceses to declare bankruptcy, which offers a rare window into the internal financial organization of the institution. Individual parishes, though operating under the umbrella of the relevant bishop, have a fair degree of financial autonomy. They conduct separate fundraising and maintain separate expenses. That way, parish donors can feel they’re bolstering their particular community and not an impersonal bureaucracy. But it’s common for parish investment funds within a single diocese to be pooled. When a diocese declares bankruptcy, this raises the question of whether pooled parish investment funds are available to be seized by the bishop’s creditors or whether they exist separately.
As a fascinating article in  American Bankruptcy Institute Journal explains, the status of parish investment funds depends on some very subtle details. Both the Diocese of Milwaukee and the Diocese of Wilmington ran pooled investment funds in which a single account simply noted how much each parish had contributed. The difference is that in Wilmington, Del., operating funds were also mingled into the pooled account, whereas in Milwaukee they were kept separate. That small difference ended up costing Wilmington parishes $74 million in exposure to Episcopal creditors. At the same time, as a matter of Canon Law individual parishes can be wholly “suppressed,” merged into other parishes, or otherwise divided up, essentially at the discretion of the bishop—notwithstanding the existence of separate bank accounts. This authority suggests that the diocese does indeed wholly own and control its parishes, but church officials take advantage of the ambiguity, sometimes claiming to fully control its parishes, sometimes—for legal reasons—arguing that the parishes are wholly independent entities.
Given America’s diverse religious landscape, the Catholic Church is hardly unique in taking advantage of the First Amendment to engage in some opaque accounting. It’s simply the largest player in this game. Lawrence Wright’s recent Scientology exposé, Going Clear, reveals egregious exploitation of religious privileges for the personal financial benefit of church leaders. Or consider the case of the Tennessee pastor arrested on money laundering and drug charges only because a local TV news investigation revealed that he was using donations to pay off what amounted to personal debts.
The legal framework that allows for this funny business has been constructed in the name of religious freedom but hardly seems required by that important principle. America has a robust ecology of secular nonprofit groups that manage to abide by fairly stringent accounting and disclosure standards. These help donors know where their money is going and reassure residual claimants that there’s some consistent theory of whose assets are whose. Religion is big business—the Catholic Church the biggest of all—and it deserves to be treated as such in the relevant ways.
Source: www.slate.com