Render unto Caesar: A Catholic assessment of Trump’s tax proposal 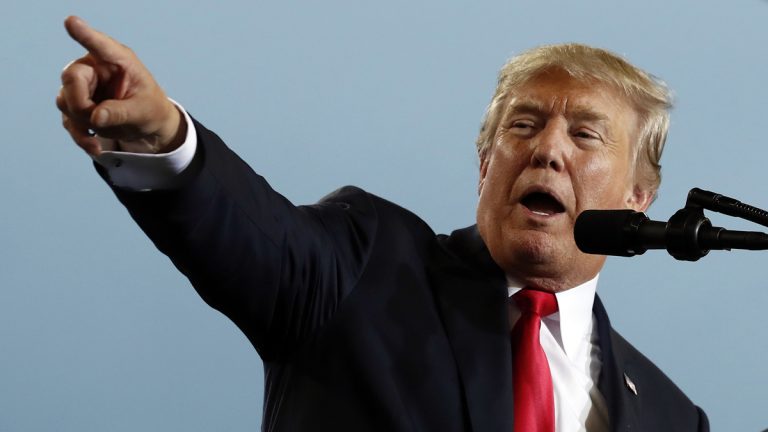 President Trump defends his proposal to cut business taxes by claiming that it will lead to an increase in economic growth, new jobs, and higher wages. The Trump-GOP tax proposal doesn’t match his rhetoric, especially when it comes to people who own small businesses — and it’s those businesses that are responsible for most new jobs. Instead, the Trump-GOP plan makes an unfair system even worse, rewarding the corporate elite and rich while leaving small businesses and the overall economy as losers. This is really what this debate over taxes is all about — whether to adopt the Trump-GOP plan, which is even more rigged to benefit the 1 percent, or to create a system that benefits small business owners, working people, and the middle class. Isaac Gomes, Asso. Editor, Church Citizens' Voice.

Catholic teachings emphasize that taxes are instruments of social justice and morality. Catholics are obliged to reflect on who gets hurt most by the cost of taxes and who benefits most from what they fund. So how does the the Trump tax reform proposal now under consideration in Washington answer these questions? Frankly, we should be very concerned.

Analysts are saying that a full 80 percent of the plan’s proposed benefits would go to the ultra-rich—like The Donald himself. Moreover, predictions are that these alleged tax “reforms” would skyrocket America’s deficit into the stratosphere by $1.5 trillion. In other words, this plan is a giveaway to today’s billionaires that’s funded by shifting huge future tax burdens onto the backs of your children and grandchildren.

The administration’s plan has four main components. It significantly reduces the income tax rate on the very richest Americans from 39 percent to 35 percent. It strikes down the Alternative Minimum Tax, which now somewhat protects against the richest Americans using too many loopholes to get out of paying taxes. It eliminates the inheritance tax, a tax that only applies to millionaires. Indeed, less than two-tenths of one percent of Americans have estates large enough to worry about estate taxes. And, finally, the plan drastically cuts taxes on large corporations, thereby helping Wall Street investors.

So, billionaires benefit most. Millionaires also get a huge break. The rest of us . . . not so much. The poor are penalized. And it’s all paid for by pushing the costs to the next generation.

Where’s the morality and social justice?

The universal destination of goods reminds us that everything we think we own is really a gift from God. Sure, some of what we have we acquired with our own work, but who gave us the ability to work? And from where did the raw materials that we transform by our work come?

Accordingly, Catholics believe that property is merely something we hold in trust for the Creator and that ultimately it will be returned to God. We’re obliged then, as good stewards, to use property as God intends.

The principle of preference for the poor applies to how we decide what’s right in public life about who benefits and who pays what for our laws, policies, and processes in matters of politics and economics. This important teaching of the church—a teaching that poignantly echoes the words of Jesus from so many passages in scripture—requires us to put the needs of the poorest, the marginalized, the oppressed, the vulnerable ahead of the wants and desires of society’s rich and powerful.

Preference for the poor does not require that every law or policy be about the poor, but it does require that laws and policies never favor the rich and powerful over the most vulnerable. It reminds us that we should measure civilization by the quality of life for those the gospels call the least among us.

“Render unto Caesar,” Jesus says. Paying taxes to provide for the needs and benefit of our communities is a moral obligation we cannot shirk. It is in keeping with the church’s teachings on the universal destination of all goods. To structure such taxes fairly and to use tax revenues justly, we should be guided by the preferential option for the poor.

A 12 percent tax on a poor family may endanger their ability to provide basic necessities like food or health care or shelter, while a 39 percent tax on millionaires and billionaires impacts (at most) only unneeded luxuries. Therein lies the truth of the morality and justice at stake.

Before lowering tax rates on the wealthy and corporations, ask what such changes would mean for the least among us. Before spiking the deficit to finance the new giveaways to corporations and investors, ask what this might mean for the next generation. Is the Trump tax “reform” proposal just? Is it moral?

* Stephen Schneck is the former Director of the Institute for Policy Research and Catholic Studies at The Catholic University of America.