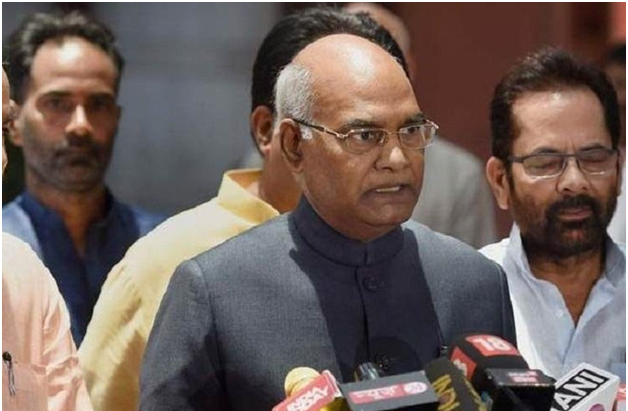 They expressed concern that the Election Commission's independence, fairness, impartiality are perceived to be compromised today, thereby endangering the integrity of the electoral process.

THIS IS EXTREMELY IMPORTANT for all our readers to  take note of. Not just ordinary people, but 66 former CIVIL SERVANTS  with no personal vested interest, but the good of the nation at large, are appealing, to the ELECTION COMMISSION through the President of India. It is a pity that we don’t have an Election Commisioner like unforgettable T.N. SESHAN who never bent his head to any insolent might. Let the voting public draw inspiration from him to wipe out all criminals from government offices.

The  66 civil servants are speaking with unassilable facts and figures, which the readers must make special note, to make sure they are not being fooled. READ, REFLECT AND ACT at voting time IN THE INTEREST OF THE NATION ONLY! james kottoor, editor ccv

to  election Commissioner & the President!

A group of 66 former civil servants has written to the President expressing their anguish at the Election Commission of India (ECI), which they say is suffering from a crisis of credibility today.

The letter states that the independence, fairness, impartiality of the ECI, which has had a long and honourable record of holding free and fair elections despite the enormous challenges of scale and complexity, are perceived to be compromised today, thereby endangering the integrity of the electoral process which is the foundation of Indian democracy.

It says that they are distressed to note the blatant misuse and disregard of the Model Code of Conduct (MCC) by the ruling party at the Centre and the ECI’s reluctance to come down hard on these violations.

Enumerating the various instances of violation of MCC, it points out:

The letter says that any erosion in the people’s confidence in the fairness of the ECI has serious consequences for the future of Indian democracy. It concludes by appealing through the President, to the ECI, to conduct itself in a manner where its independence, fairness, impartiality are not questioned and to firmly exercise the broad mandate given to it under Article 324 of the Constitution of India to ensure that the voter is able to exercise her/his franchise without fear or favour.