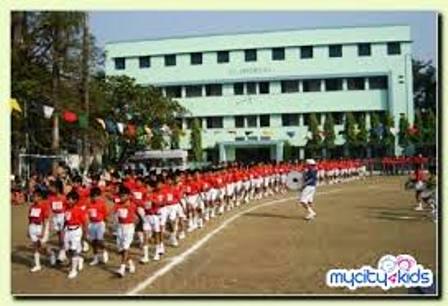 Recently there was an article "Dropout rate among Christians alarms church official".  As per statistics published by the Government of India, a total of 62,698 Christians dropped out in several states in 2014. This alarming statistics prompted Father Joseph Manipadam, the Catholic Bishops' Conference of India's (CBCI) Office of Education and Culture Secretary who coordinates the work of more than 18,000 Catholic schools and colleges across India, say that schools should be more inclusive and accessible to the poor. Isaac Gomes delves deep into the malady and suggest remedies with all due respects to Education Guru Fr Joseph Manipadam.

On 20th May 2016 UCAN published an eye-catching report captioned Dropout rate among Christians alarms church official – Schools should be more inclusive and accessible to the poor, says head of bishops' education office.  In the data for Indian schools published by the Government of India it was revealed that in 2014 some 6.6 million students between the ages of 6 and 13 dropped out of school — 4.5 million from officially recognized lower caste communities, tribal people and Muslims. A total of 62,698 Christians also dropped out in several states.

"The drop-out figure is alarming and quite disappointing because church people have been leading the education field for decades," said Salesian Father Joseph Manipadam, the Catholic Bishops' Conference of India's (CBCI) Office of Education and Culture Secretary who coordinates the work of more than 18,000 Catholic schools and colleges across India.

It is really heartening to know that the Catholic Church operates the country's second largest network of educational institutions – from kindergartens to universities – after the government.  But for whose benefit, especially with such an alarming dropout rate in its own community?

In most Church-run institutes, the percentage of Christian students is less than 10%.  When Catholic schools are requested to provide statistics on Catholic/Christian students, they simply refuse. So “the Catholic Church operates the country's second largest network of educational institutions in India not to serve students from its own community for which it was granted Minority Institution status and enjoys all th e tax sops, but for the benefit of non-Christian elite or middle-class.  No wonder 99.5% of the future leaders (whether captains of industry or political) produced are non-Christians.  Our Catholic Church institutions have totally deviated from the vision and mission of their founders.  This is an appalling failure on the part of Catholic Church Institutions in tending to its own flock. Jesus said to Peter “Look after my sheep”.  The Catholic Church has remorselessly violated this basic commandment of Christ day in and day out!  Every year its schools make sure that more and more Catholic students are humiliated and thrown out.  In their place, financially pliable non-Christian students are taken in. So the declaration of Fr Manipadam "There will be no denial of admission because of financial or social status of the family of the students" is full of gaping holes. Why are our Catholic institutes not reserving at least 40% quota for its own students?  Supreme Court of India has allowed it. The "alarming" rate at which Catholic / Christian student ratio is dwindling might soon result in our institutes losing their Minority Institute privilege.

Contrast this with the highly encouraging efforts of Frank Anthony Public School where Christians, at least all Anglo-Indians get full fee concession and also Park English School, where all needy Christians get huge fee concessions.  How are they doing it? This is being done through several trusts specifically set up for this human resource development purpose.  So how is it that our Church run institutes fail to do this?  Where is all the money going? Why are funds not earmarked for sustained development (education, health and extra-curricular activities) of Christian students?  How transparent and accountable are our Catholic institutions?

Father Manipadam said the data showed that the church needs to "streamline" its approach to education, "making it more inclusive" which means education for all Catholics irrespective of their economic background.  He also said schools should start remedial classes for weaker students, rather than allowing them to fail and drop out.  Two schools in Kolkata – Frank Anthony Public School (FAPS) and Park English School – have already been practising for years, Father Manipadam’s precept.  FAPS even provides extra tiffin and transport back home to students who attend remedial classes.

Regarding Colleges and Universities, so many Catholic meritorious students are unable to get a chance into the self-financed courses in Church-run colleges just because they come from poor or middle-class families and can't afford the fees.  A look at the college fee structure for 2016-17 of an elite Catholic College which is going to be a university in 2017, will make it evident.  For M.Sc. Multimedia (a five-year course now from the earlier 4-year BMM Course) admission fee is Rs 56,900.  Monthly fee works out to Rs 7,400/- (revised every year) and Annual Fee which includes Lab. Fee Rs 13,000/- is Rs 17,900/- (this too goes up every year).  So in the first year itself a student has to pay minimum Rs 1,20,000.  Even if this amount remains constant, which it will not, a student has to be prepared to shell out Rs 6,00,000/- for the 5-year course.  How many Catholic students can afford it?   So the declaration of Fr Manipadam "There will be no denial of admission because of financial or social status of the family of the students," is cold consolation. Admission is missionary schools for Catholic students may be assured, but there is no in-built mechanism to arrest failure and dropout. Admission in elite colleges comes with the rider “able to pay up the sum” which goes up by a minimum of 10% every year.  So the high-fee-entry barrier in most Self-financed college courses nips in the bud Catholic students’ dream to come up in life through the straight path of higher education.  There is no denying that some students do get fee concessions but very few and even then the shoe pinches. There is no concerted attempt to build a corpus fund out of the donations collected, especially from overseas alumni industrialist / businessperson friends to partly offset fees payable by not only Catholic students, but deserving students from weaker sections of the community.  No such Corpus fund has been proposed by the Archdiocese of Calcutta, either by the Archbishop or by the more than 100-year-old Catholic Association of Bengal, which only organizes annual affairs like Corpus Christi Processions, Voluntary Blood Camps and one-time Educational Aids and Merit Awards, visit to old age homes and Christmas time blanket distribution. How many dioceses in India can spell out a clear-cut higher education and professional career road map for its Christian students? To arrest dropout, and to ensure higher education for meritorious students from the economically backward classes / middle income groups, it is necessary to incorporate the following structural changes:

*1 Brunei has the second-highest Human Development Index among the Southeast Asia, after Singapore. According to the International Monetary Fund (IMF), Brunei is ranked fifth in the world by gross domestic product per capita at purchasing power parity)