Rebuilding Congress but how? Mutinies are rocking the grand old party and nobody seems to be in charge! 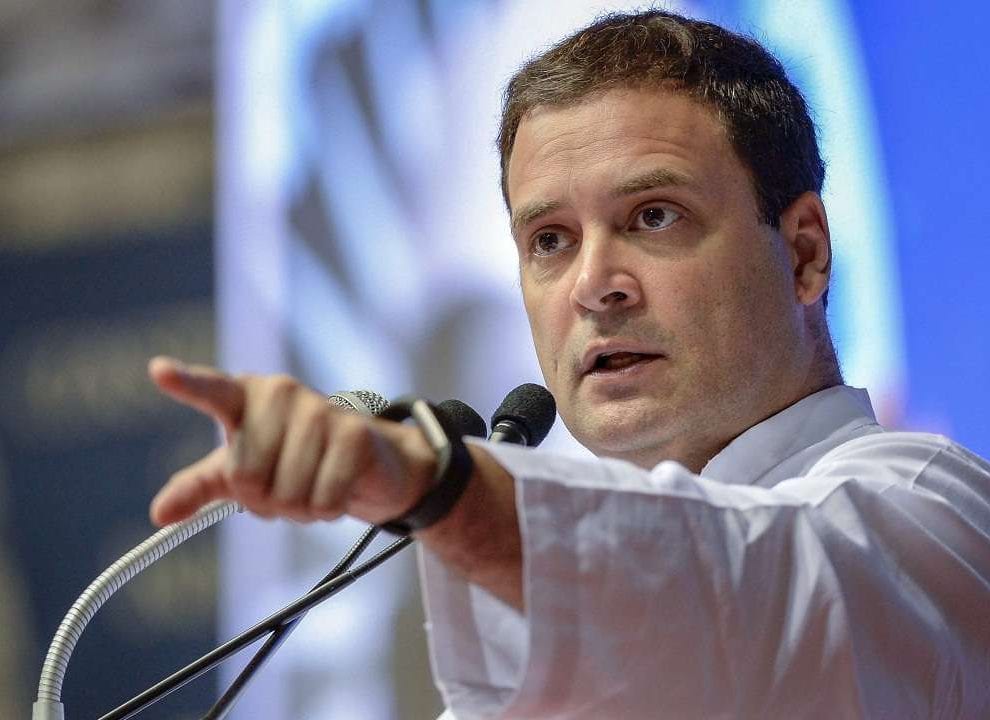 The most important statement in this editorial is the statement: “Rahul must stay firm on the decision to resign – given how the task of reviving Congress is beyond him.” We wrote it two weeks ago.

But will he? If he does it, that  would be the unforgettable service he can do to his party. He will also be remembered for this for all eternity! Just think of the so-called great politicians like: Navjot Singh Sidhu in Punjab and Sachin Pilot in Rajastan, CM Kamal Nath and Jyotiraditya Scindia in Madhya Pradesh.

Are these the service-minded leaders in Indian Politics? Rahul’s mission in life is to cleanse the AUGEAN STABLES called the Congress party in politics. Didn’t Mahatmaji foresee it long ago and begged the party, just after India got Independence, to disband the Congress?

The most important thing Rahul must insist is that the New Leader of the party should be elected, not selected, through secret ballot! Can he get that done?

With minor modification, this applies to all political parties in India. But the major change to be brought in Indian politics is to reduce the number of political parties permitted to contest elections, to just three, which have the major support of voters, on an all India basis. james kottoor, editor CCV.

Please read below the

Editorial In Times of India

Even as Congress wrestles with the question of what happens to Rahul Gandhi, disarray is spreading to state units too.

In Telangana, a major chunk of the legislature party has defected to TRS. Navjot Singh Sidhu is on a collision course with chief minister Amarinder Singh in Punjab, after a much publicised blame game. In Rajasthan, leaders of the Sachin Pilot faction are gunning for chief minister Ashok Gehlot’s chair over the Lok Sabha rout. In Madhya Pradesh, Jyotiraditya Scindia’s supporters want him as PCC president in place of CM Kamal Nath.

Meanwhile, the presidents of the Maharashtra, Punjab, Odisha, Jharkhand and Assam PCCs have tendered their resignations. The Congress working committee had offered a blank cheque to president Rahul Gandhi to overhaul the party at every level in the same meeting where he had offered to resign from the post.

The irony is hard to miss: The unwilling leader has now been tasked with undertaking the herculean task he was unable to accomplish in better times. Rahul must stay firm on the decision to resign, given how the task of reviving Congress is beyond him.

But he can put in place structures that can take Congress forward in a milieu where the Gandhi family ceases to be the glue that holds the party together. For long Congress has shied away from organisational elections fearing factionalism. But elections and internal democracy can help invigorate the party at all levels, identify new leaders and test the strengths of those masquerading as party veterans.

Strong leaders like Mamata Banerjee, Jagan Reddy and Himanta Biswa Sarma – frustrated by Congress’s high command culture and the machinations of lesser netas – left the party fold. Rahul must act before disillusionment sets in and another exodus begins. Else Congress could be staring at the fate of its fellow traveller, the CPM.

(This piece appeared as an editorial opinion in the print edition of The Times of India. AUTHOR: Times of India’s Edit Page team comprises senior journalists with wide-ranging interests who debate and opine on the news and issues of the day.)