Real synod  yet to arrive 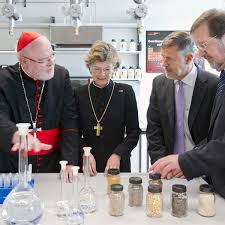 Developing synodality and  hierarchical collegiality are central to Pope Francis

(Note: Rome Synod is just warming up only. Appeals and protests are what we call fireworks or signs   of  waking up. Francis calls it "hermeneutics of conspiracy," which he sees as "sociologically weak and spiritually unhelpful." As pointed out earlier Francis has many bitter enemies, both in Church and media, points out the writer. A culture of dialogue and encounter alone can produce synodality, collegiality and   subsidiarity. All these are what most of the authoritarian autocratic bishops cannot digest since they are hurdles to enforcing their diktats. Providing information, giving advice and making decisions are in the preview of the powers of the Synod Pope Paul VI established in 1965. The hope is that Synod becomes part of the permanent structure to decentralise church governance at the top and at various national and regional levels of the Church. james kottoor, editor)

Confusion and chaos … an uncertain conclusion … and more allegations of unfair manipulation of procedures.

Those are just a few of the printable phrases that a number of bishops and journalists have been using to describe the atmosphere at this latest gathering of the Synod of Bishops, which Pope Francis called into ordinary session last week to continue discussing how to improve the Church's pastoral response to issues surrounding marriage and the family.

It was reported that some thirteen cardinals were so alarmed by recent changes the pope made to the synod's entrenched (and predictable) methodology that they sent him a letter of appeal and protest (though a number of those identified as signatories have denied it). Nonetheless, Francis basically rejected their claims the day after allegedly receiving the letter when, in a rare intervention before the entire general assembly, he told the bishops to stop using the "hermeneutics of conspiracy," which he called "sociologically weak and spiritually unhelpful."

The pope's enemies — and there are many at every level of the church and in the media — have seized upon the bishops' real and perceived hysteria to forge the narrative that Francis' 31-month-old pontificate is now in grave danger of totally unraveling.

But there's another storyline to what's been transpiring in these early days of the three-week-long synodal assembly. It is this: for the first time in the half-century that the synod has existed, there is a pope who — with increasing evidence — seems intent on finally developing the potential of this permanent body and making it a constitutive element of universal Church governance.

Visit our sister website, Global Sisters Report, for unique content you won't find anywhere else! This alarms many bishops and it scares the bejesus out the old guard in the Roman Curia. At least those who have been paying attention.

From the day of his election Pope Francis has made it clear, in word and gesture, that developing synodality at every level of the Church, and episcopal collegiality within the hierarchy, would be central to his pontificate. But that's an uphill battle in a Roman Church that, at least for the past few hundred years, has grown increasingly more centralized, rigidly dogmatized and exaggeratedly papist.

Francis has been relentless in trying to change this ethos and replace it with a culture of dialogue and encounter, a sound decentralization of power (or subsidiarity) and his firmly stated conviction that there can be a healthy diversity in the Church without threatening its unity.

The procedural changes he has made so far to the Synod of Bishops — mostly to allow for greater freedom of discussion — have been aimed at identifying and honoring that diversity. If nothing else, the current synod assembly on the family has shown that the Catholic church is far from the monolithic community that the past two pontificates tried so carefully to preserve.

Without a doubt, the pope has many allies, even among bishops, who are trying to help him reform the mentality, procedures and structures in the church. But when it comes to the Synod of Bishops, even many of them are still thinking with the old status quo rather than by creatively and more profoundly plumbing the church's tradition.

It is disappointing and disturbing how many among them — or anyone in the church — do not even have a correct understanding of the nature of the synod.

For example, it's neither correct nor helpful to refer to the "synod on the family" or "this year's synod." This only reinforces the erroneous notion that the synod exists only for those few weeks whenever the pope explicitly calls the bishops to Rome.

No, the Synod of Bishops is a permanent institution. The gatherings, like the one currently taking place in Rome, are called assemblies or sessions.

This is not nitpicking, it's not "church-speak" and it's not just a rhetorical point about semantics. Rather, it is about using the correct language for an institution that, fifty years on, has still not become a normal part of the mindset of most Catholics, including bishops.

Paul VI was very clear when he established the Synod of Bishops in 1965 at the start of the last session of the Second Vatican Council. He said it was to be permanent institution with a full-time office staff (secretariat) and would be convened or called into session only periodically.

His "motu proprio" Apostolica Sollicitudo defines the synod as a "central ecclesiastical institution" that is "of its nature perpetual." It also says it "can be improved upon with the passage of time". And while the document makes clear that "providing information and offering advice" is the synod's purpose, it also says the pope can grant it the "power of making decisions." So far this has never happened.

Furthermore, the "motu proprio" says the pope calls the synod into session whenever wishes by convening "ordinary," "extraordinary" or "special" assemblies.

To repeat, these are temporary assemblies that last several weeks. Hence, there's no such thing as last year's synod. There is only one synod and it has existed for fifty years. Regrettably, many bishops, and even Francis at times, confuse these distinctions by using sloppy language.

Some translations of the 1983 revised Code of Canon Law have also contributed to this confusion, unfortunately. The first edition of the new code issued by the Canon Law Society of America uses both the indefinite and definite article with the Synod. This only strengthens the idea that a (temporary) synod is convened rather a particular assembly of the (permanent) synod.

All this highlights the fact that the notion of the Synod of Bishops as a central and perpetual component of church governance is still very foreign to the Catholic mentality. The Pope implicitly acknowledged this in his first major interview after his election, with La Civiltà Cattolica (translated by America Magazine) in September 2013.

"Maybe it is time to change the methods of the Synod of Bishops, because it seems to me that the current method is not dynamic. This will also have ecumenical value, especially with our Orthodox brethren," the pope said. "From them we can learn more about the meaning of episcopal collegiality and the tradition of synodality," he added. He said this would happen by further studying "how the Church was governed in the early centuries, before the breakup between East and West."

Whether it is just an intuition or vain hope of certain ecclesiologists, or is actually one of Francis' objectives, it seems inevitable that the role of the Synod of Bishops will have to be further developed to play a more incisive role in universal governance. One could even imagine it becoming the main structure through which the Bishop of Rome governs, over and above the Roman Curia.

That's probably at least one of the reasons why some people are happy to keep our notions about synodality vague and our language imprecise.

[Robert Mickens is editor-in-chief of Global Pulse. Since 1986, he has lived in Rome, where he studied theology at the Pontifical Gregorian University before working 11 years at Vatican Radio and then another decade as correspondent for The Tablet of London.]